Definitely not his finest hour. 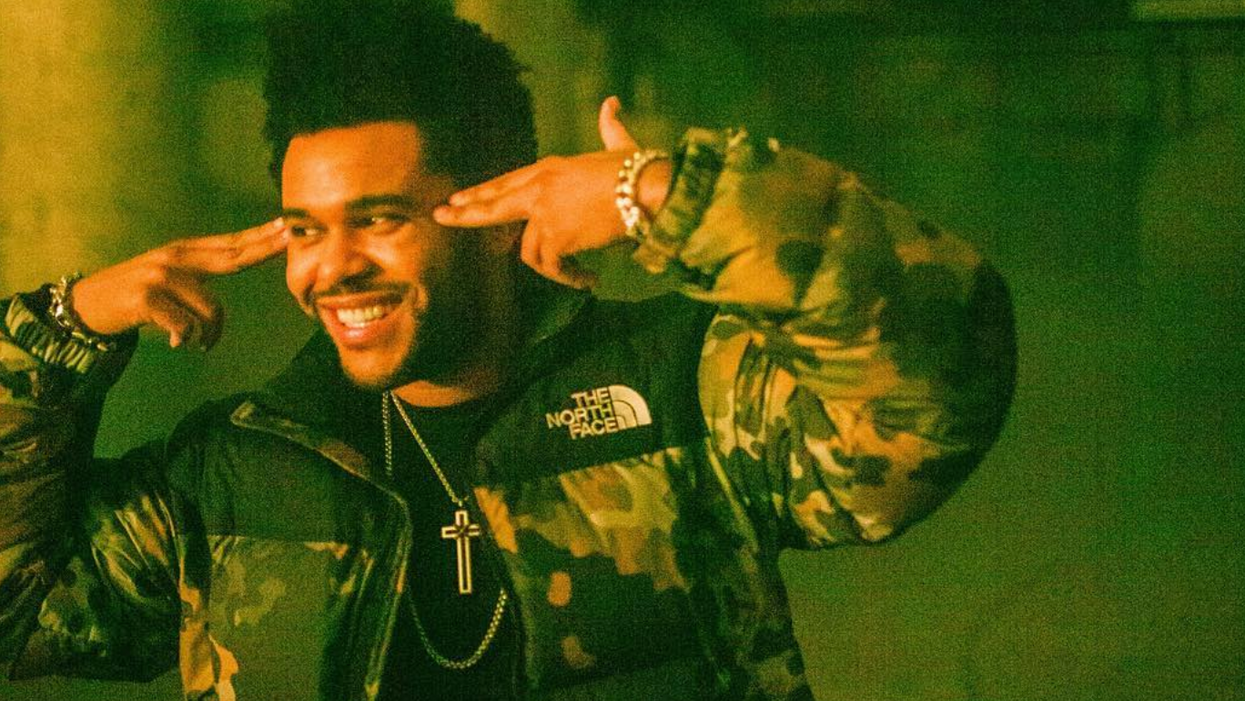 When I'm scrolling through Twitter (which is almost always), it's not uncommon at all for me to come across something that totally shakes me to my core - sometimes that thing is a hilarious meme, or controversial opinion, or a juicy piece of celebrity gossip. Last night though, it was something totally different that caught me by surprise. The Weeknd was spotted at TIFF and his new look has fans seriously confused.

It's been quite some since the Canadian singer has made a public appearance, according to his Twitter page he's been in "album mode", and his deleted Instagram page can attest to that. We all know that deleting social media can sometimes be crucial to focusing on the task at hand.

On Monday, September 9, The Weeknd stepped out on the TIFF Red Carpet, and it's safe to say that his new look made quite an unforgettable impression on his fans. The singer was seen with just a mustache instead of his usual beard, as well as with a new hairstyle.

The reason for The Weeknd's big public appearance is the premiere of his first feature film at TIFF, Uncut Gems. The movie also stars Adam Sandler, Idina Menzel, Julia Fox, and LaKeith Stanfield, and is about a jewelry dealer who finds himself in a rough situation when his merchandise is stolen from his girlfriend.

Fans have been speculating that The Weeknd's new look is a result of his recent split from world-famous model Bella Hadid, but a source told Entertainment Tonight that the pair are "together and working on keeping it that way".

Hadid and The Weeknd have been known to have an on-again, off-again relationship, but they always seem to find their way back to one another. "The couple travels a lot, works a lot and that often creates tension. However, the two love one another, have lost one another in the past and want to try and make it work."