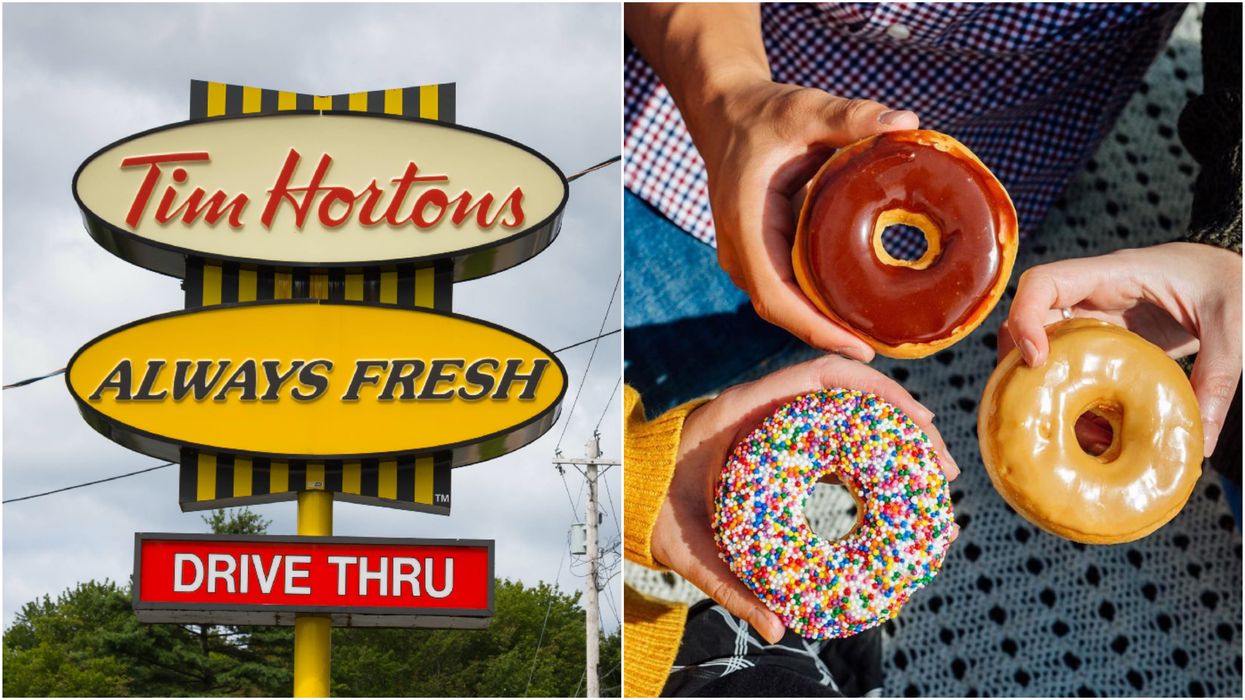 Whether you’re a regular customer or you simply enjoy an occasional treat, all Canadians have a favourite Tim Hortons donut. While we all firmly believe that our go-to snack is the best of the bunch, one Instagram page has finally done the research. They’ve uncovered which flavour is the worst Tim Hortons donut of them all.

From Boston Creams to Honey Crullers, the classic Canadian company has enough different flavoured treats to please anybody with a sweet tooth.

That said, an age-old question in Canada is "What is the worst Timmies donut flavour?" It's a question that's never been formally answered!

However, thanks to one unofficial Instagram page that usually shares Tim Hortons-themed memes, Canucks will no longer need to wonder which is the most inferior circular snack.

Over a period of several months, the account asked their thousands of followers to choose between a number of the chain's round boys, and they compiled several knock-out stage rounds to draw a conclusion.

Asking their followers, “Which is worse?” the page worked their way through 16 of the coffee giant's most famous dough balls, gradually advancing the least popular choices in the tournament.

After several weeks of donuts going head-to-head, the tourney creator concluded that Chocolate Toasted Coconut, Rasberry/Strawberry, Canadian Maple and Old Fashioned Plain were all in the bottom four.

From there, the page asked their fans to answer two simple questions, "Chocolate Toasted Coconut OR Rasberry/Strawberry?" and, "Canadian Maple OR Old Fashioned Plain?"

While it was the Choco Coconut that was decided to be the least popular treat, it was a narrow margin between the two losers.

In fact, it was only 14 e-votes that swung the end result, meaning that Old Fashioned Plain wasn’t too far behind!

Speaking exclusively to Narcity about their unofficial research, the person behind the account explained, “I work at Tim’s and  I see all types of opinions on donuts.”

“Most of the results I saw coming, but I didn’t think Canadian Maple would make it as far as it did.”

“I definitely did not think Chocolate Toasted Coconut would win worst donut … it’s actually my favourite!”

Whatever your favourite Tim Hortons snack, it's nice to finally have some clarity on the ongoing donut wars!

Even Tim Hortons' newest donut creations aren't spared from the wrath of social media. The chain's new Dream Donuts had people talking on Twitter, especially those that didn't look as dreamy as advertised.

Several people have shared their "expectation vs. reality" photos of the new Tim Hortons donuts, and some of them are hilarious. The execution on this one, for example, definitely missed the mark.

At the end of the day, though, a donut's a donut. It may not look as good as it tastes, but it's still delicious.

NOW WATCH: Canadian "Road Rage" At It's Finest In A Tim Hortons Drive Thru (VIDEO)