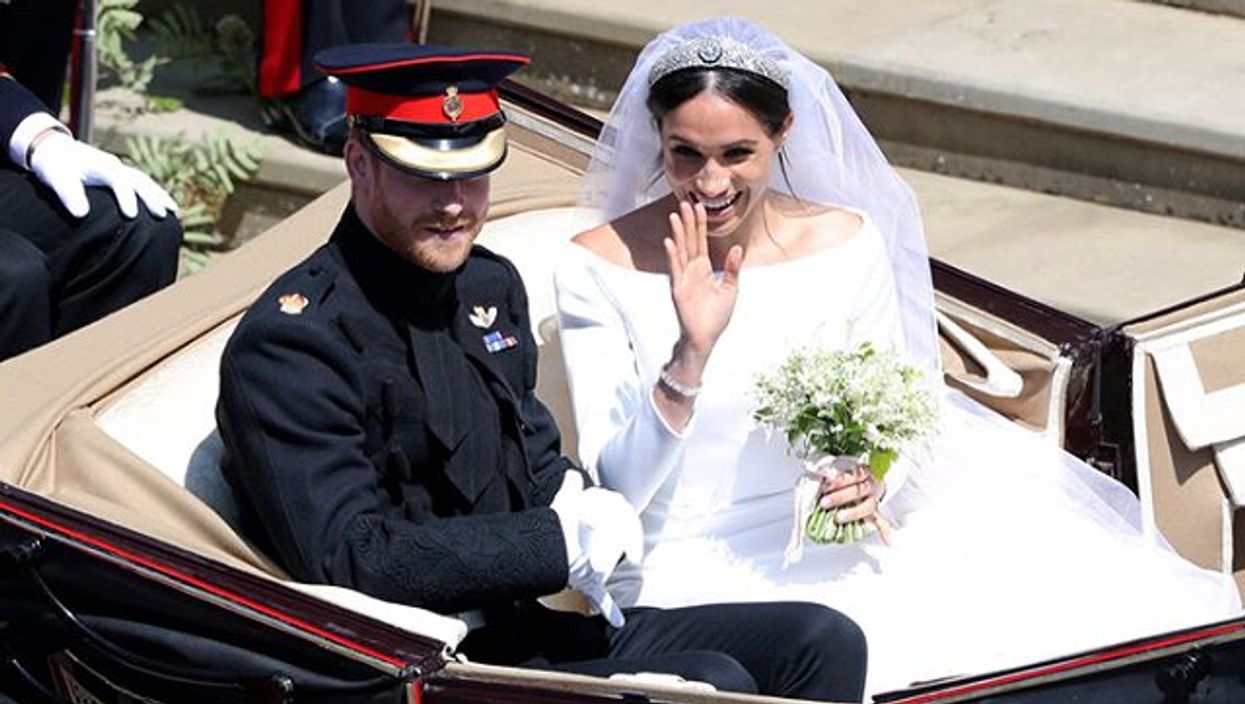 If you've been jonesing for more royal weddings since Prince Harry and Meghan Markle famously tied the knot back in May, then you're in luck. There's a whole other royal wedding taking place tomorrow!

Princess Eugenie, William and Harry's cousin, is getting married tomorrow to her fiance Jack Brooksbank in the UK, in fact, right in the same place where Harry's wedding was just a few months ago. But, there's something about her wedding that has Royal fans up in arms...

It seems like Princess Eugenie and Jack Brooksbank are completely copying everything from Harry and Meghan's royal wedding. Not only that, it looks like she's even trying to one-up her cousin Harry! Just like Meghan and Harry's nuptials, Eugenie's wedding is taking place in St. George's Chapel at Windsor Castle, but that's not the only similarity. They will also have Prince George and Princess Charlotte in their wedding party and even some of the same guests like George and Amal Clooney.

Again taking a page out of Meghan and Harry's book, the ceremony will be followed by a carriage ride outside of Windsor Castle. If this is all giving you major flashbacks to the big royal wedding back in May, you're not alone. Some people think that not only is Eugenie trying to copy her cousin, but that she's trying to one-up him as well. As for why she is trying to beat out Harry's wedding, it's about trying to raise her rank. A royal history expert in Toronto has described Eugenie as a junior royal, saying that she is 9th in line for the throne and also about three steps below Harry. By trying to rival her wedding people think she's trying to make herself for of a public star.

Unlike Meghan and Harry's royal affair, tomorrow's wedding won't be shown live on the BBC or other major Canadian news outlets, but they will show highlights later on in the day. You can still catch the ceremony on some UK TV channels like ITV at 9:25 AM, UK time.