Take a trip down memory lane. 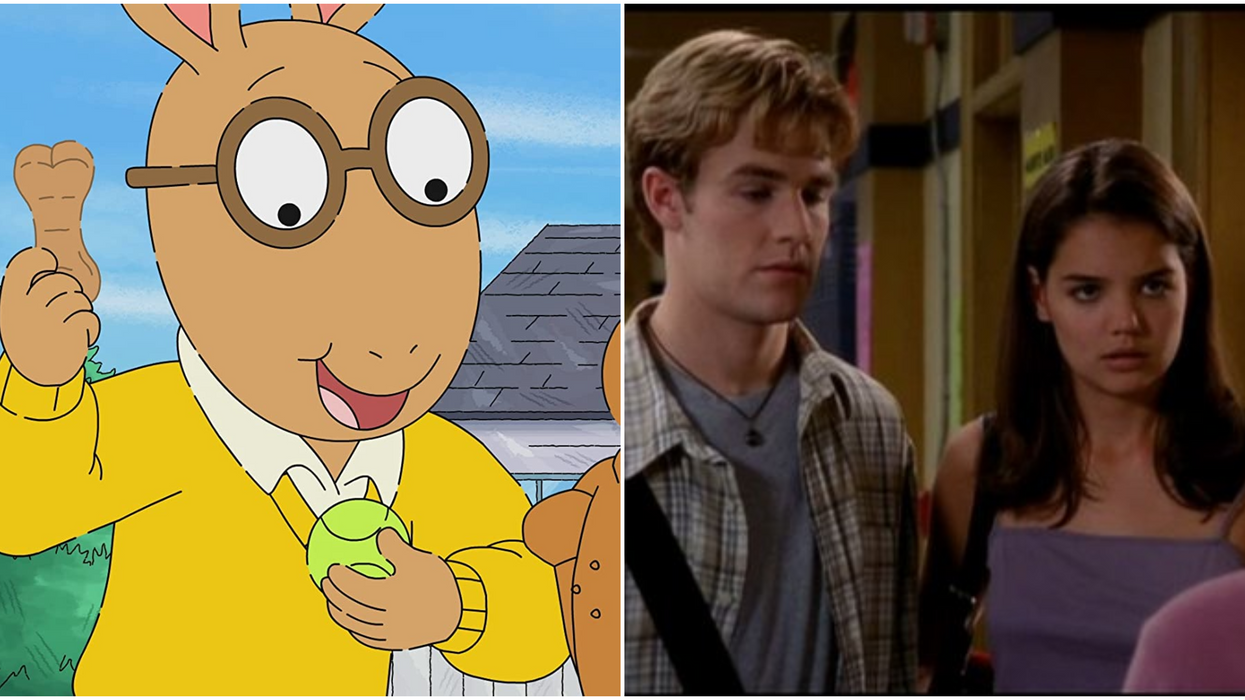 Remember the good old days of coming home from school and watching your favourite TV show? If you wish you could go back to those simpler times (especially right now), good news: these 12 throwback shows are available to watch right now on Amazon Prime Video Canada, and they're going to give you serious early noughties nostalgia.

If you grew up in the 90s and 2000s, you'll already know you were hella spoiled when it came to good television. The OC, 90210, Boy Meets World... need we say more? Coming home from school or catching weekend cartoons was the absolute best.

Sure, today's TV is good. But can hits like Game of Thrones, Breaking Bad, and Stranger Things — even with their insane budgets and mindblowing CGI — really compete with the super cheesy, completely unrealistic shows of our youth? Definitely not.

So grab the popcorn, your comfiest PJs, and gather your friends over Zoom, here are some of the best throwback shows available to watch right now on Amazon Prime Video Canada:

Why You Need To Watch It: You may remember Fran Fine as the lady with the high voice and annoying laugh, but The Nanny is so much more than that. With 91% on Rotten Tomatoes, this is the perfect TV show to take your mind off everything that's going on right now.

Why You Need To Watch It: Will & Grace has been one of the most successful series with gay principal characters. Amazon Prime has everything from Season 1 to the recent The Revival series.

Why You Need To Watch It: If you want to travel back to a time where Sidekick cellphones, velour pants, and catchphrases like "that's hot" were all the rage, watching The Simple Life is the perfect way to do it.

Why You Need To Watch It: "Every day when you're walking down the street, and everybody that you meet..." Plan to have that theme song stuck in your head for the rest of the day! And who doesn't want to watch D.W.'s next-level sass?

Why You Need To Watch It: If you like Gilmore Girls and One Tree Hill then you'll love Dawson's Creek. This Sunday morning staple established itself as one of the greatest teen dramas ever.

Two and a Half Men

Why You Need To Watch It: Whether you were a fan of the old Charlie Sheen episodes or the newer ones with Ashton Kutcher, there's no denying that this sitcom about men, women, dating, divorce, single parenthood, mothers, love, and friendship wasn't on your TV screen at least a few dozen times as a kid.

Whose Line is it Anyway? (UK)

Why You Need To Watch It: We all need a little comedy in our lives right now, and Whose Line is it Anyway? is the ultimate distraction TV.

Why You Need To Watch It: Smallville is one of those shows that only gets better as the seasons progress. The show introduces us to Superman, who's coming to terms with who he is and who he's meant to be.

Why You Need To Watch It: You probably didn't watch Weeds as a kid; the story centers on Nancy, who, after the death of her husband, sees a lucrative business in dealing marijuana to local clients. It's not exactly kid-friendly, but the show is totally bingeworthy if you're an adult.

Degrassi: The Next Generation

Why You Need To Watch It: A Canadian-made show featuring an incredibly diverse cast (including our homegrown hero Drake) and a slew of important issues like teen pregnancy, homosexuality, bullying, loss, drugs, and puberty? What's not to like?

Why You Need To Watch It: A boy with a football-shaped head who lives with his grandparents and who is bullied by a girl that secretly has a huge crush on him? What's not to love?