These Are Instagram's Most Liked Posts Of 2017 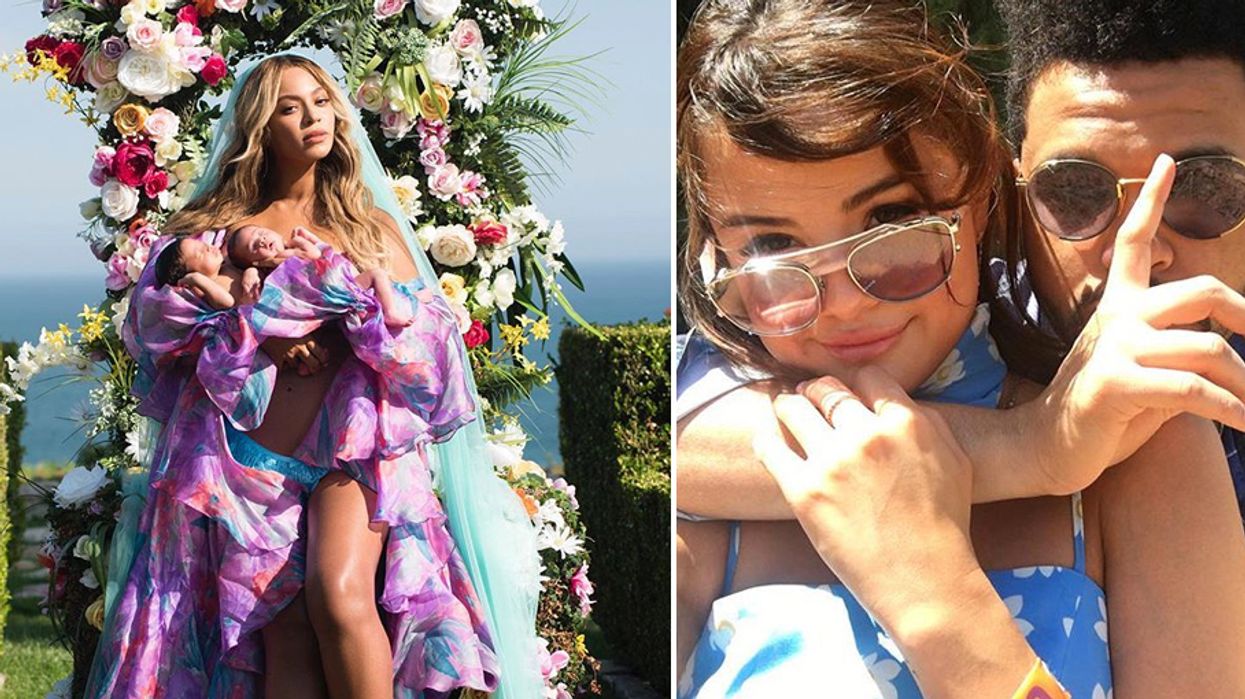 Instagram has released their annual round up of most-liked posts of 2017 and the results are in.

The top 10 most-liked Instagram posts of 2017 share a common theme. The list, which is made up of posts from Beyoncé, Selena Gomez, and Cristiano Ronaldo only, centres mostly around babies. But while Beyoncé and Ronaldo hold the two top spots, it's Selena Gomez who appears on the list an incredible five times, meaning half of the top 10 spots were taken by her.

So without further ado, here are Instagram's most-liked posts of 2017, ranked from 10th to 1st place:

In 10th place, Selena's photo of her 25th birthday gained over 7 million likes. She wrote to her fans: "Thank you for all of my bday love. I couldn't be more blessed. A lot of you don't realize how much you mean to me. I. Love. You. --think 25 is going to be epic. xo"

This photo of Selena on a bike takes seventh place with 7.1 million likes.

Ronaldo - who plays as a forward for Spanish soccer club Real Madrid - posted this family photo back in August. It has 7.2 million likes.

In seventh spot, this photo of Abelena (Selena and The Weeknd) (RIP) gained 7.7 million likes.

Another photo of Selena and The Weeknd (RIP again) garnered 8.1 million likes.

Another photo of soccer star Christiano Ronaldo and his twins - with 8.2 million likes - earned a spot in Instagram's most-liked photos of 2017.

Beyonce's first photo of her twins - then one month old - comes in fourth place with over 10.2 million likes.

Selena Gomez's hospital bed photo, which revealed she had undergone a kidney transplant, gained 10.3 million likes and much support from fans.

Cristiano Ronaldo‘s photo announcing the birth of his twins was posted earlier this month and has garnered just over 11 million likes.

This Biblically themed image of Queen B holding her pregnant stomach back in February revealed that she and husband Jay Z were expecting twins. She told fans while posing posing in a technicolor garden of Eden: “We would like to share our love and happiness. We have been blessed two times over.” The photo broke the site’s all-time ‘most liked’ record back in February, but the total number of likes has now jumped from 7.3 million to 11.1 million.