These Are The 10 Biggest Celebrity Conspiracy Theories Of All Time

Do you believe them? 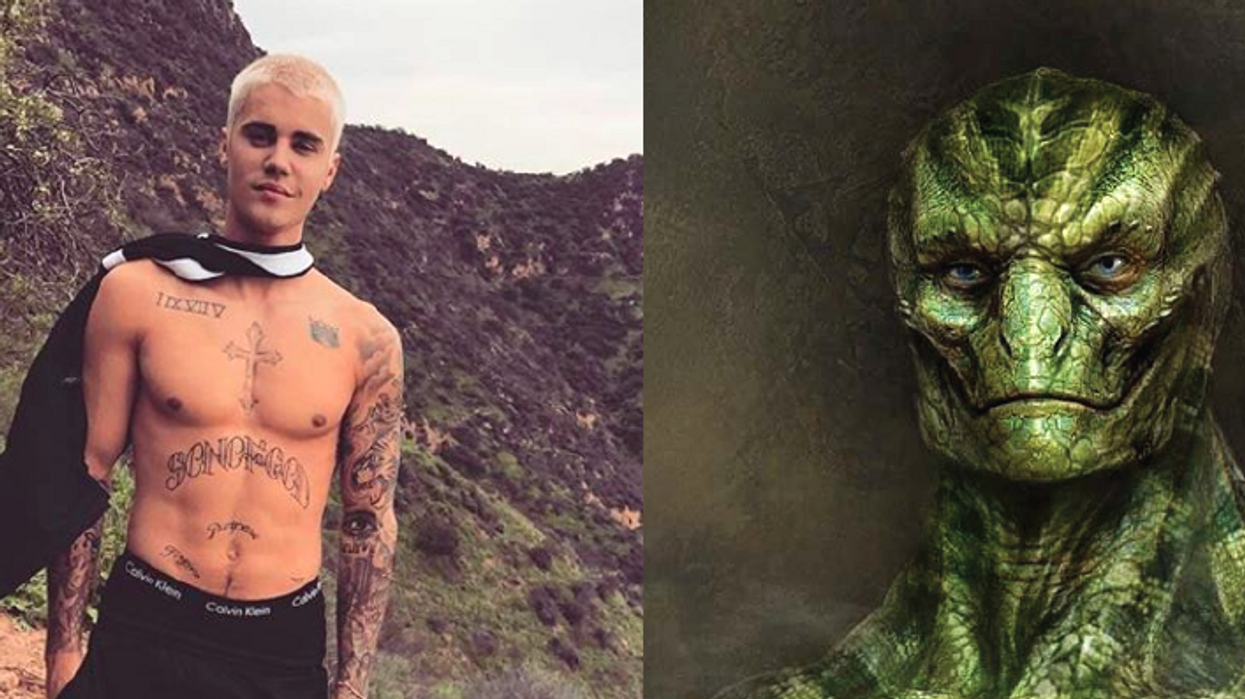 Being a celebrity, you have to assume there will always be gossip about you. Kylie Jenner stated in her new show Life of Kylie that she reads crazy and untrue stuff about herself every single day. Must be exhausting!

However, conspiracy theories are completely different than just regular gossip. I mean, celebrities die and one person thinks they see a lookalike on the street, and the conspiracy theory starts. A glitch in an interview suddenly makes someone a hologram. It's all super crazy, but we'd all be lying if we said we didn't believe some of it.

Avril Lavigne is dead and was replaced by a doppelgänger

This has been a conspiracy theory for a while, but it came back this year and it came back with a lot of information. Apparently, Avril Lavigne hanged herself right before her second album was supposed to come out in 2004. Her reasoning was because her grandpa had died and she said she couldn't live without him. This, being the height of her career, was a disaster. Avril had a body double anyways because she hated being photographed by the paparazzi, so they just hired her body double Melissa Vandella to pretend that she was Avril. People only started to notice when she started to change her style, and her hair and wore dresses on red carpets which Avril never did. Her angsty teen music turned into hits like Girlfriend, that are unlike anything she would have written. This Twitter thread will make you change your mind if you think this is crazy.

This is one of my favourites, because after watching this certain video, you'll be questioning it too. When Beyoncé was pregnant with Blue Ivy, a lot of people speculated that she had a surrogate. The reason being was when she was on an Australian TV interview, she sat down and her belly folded with her. A lot of people say it was just the fabric of her dress, but she also looked like she had never been pregnant a few weeks after giving birth. Another conspiracy theory is that she gave birth through her armpit, but I won't get into that.

Khloé Kardashians father has been in question for years. The family has even joked that her real dad is actually Kris Jenner's hairdresser, Alex Roldan. However, most people think that her dad isn't the late Rob Kardashian, but is O.J Simpson. It's well known that the families were close, considering O.J's wife was one of Kris' best friends. The storyline that Kris wanted Khloé to get a paternity test was huge, but she always refused stating that her dad was Rob Kardashian no matter what and Bruce Jenner was her other dad. She even went as far to say to Kris "If you f*cked other people during the same time and you don't know, go on Maury." Guess we'll never really know!

Everyone Tom Cruise dates is under a strict contract

It's not a secret that Tom Cruise is a huge member of the Church of Scientology. In order to get the perfect wife for him, they have to make sure they're on board with Scientology. So, according to multiple rumours and even making the cover story of Vanity Fair, it was said that Tom Cruise has people audition to become his girlfriend/wife. The woman who was interviewed was an actress named Nazanin Boniadi and said Katie Holmes auditioned for the exact same role before her and Tom Cruise started dating. Suri is now banned from the Church of Scientology after the divorce. Sounds fishy.

Not familiar with JonBenét Ramsey? She's the beautiful child beauty pageant queen who was killed in her family's basement. There are so many conspiracy theories surrounding the topic itself, but one is that Katy Perry is actually her. How? Well, conspiracy theorist think that it was all a hoax so that the little girl could do what she truly wanted, which is sing. One of the biggest 'signs' is how much Katy's parents look like JonBenéts parents. This is definitely a stretch, but think what you want.

Obviously, there will never be a way we can prove this one but conspiracy theorists love this theory. According to them, Stevie Wonder has been lying about being blind for years. He's known to have loved playing pranks when he was a kid, and it didn't stop when he got older. He attends a ton of basketball games and he once caught a falling mic stand. Obviously, basketball games are loud and you still know what's happening, but the falling mic stand is a little bit unusual.

Justin Bieber is a reptile

This conspiracy theory came to be when bystanders in Australia claim they saw Justin Bieber turn into a lizard in broad daylight. Apparently everyone went crazy, girls cried and jumped into taxis as soon as they could. According to the sources his bodyguards were yelling that they would kick in their teeth if they didn't put their phones away. There was also this viral video that made people question it even more, where Justin's eyes change into reptile eyes in the middle of court.

You've all probably heard of the ship name Larry Stylinson, which is the fandom relationship between Louis Tomlinson and Harry Styles. Even though it's been denied multiple times and Louis even said in an interview that it was disrespectful, conspiracy theorists (and mostly fans) have come to the conclusion that their management hid their love from the world. It's been said that they didn't want young girls' dreams to be crushed over the fact that the two singers are in a relationship. Louis also said it was super hard on their friendship because they spent so much time trying not to prove the theorists right, even though they were wrong. There are thousands of videos 'proving' their love for each other in interviews and on stage, however I think we need to let this one die.

This theory goes along with the fact that a lot of people don't believe how J.K. Rowling got famous. She struggled financially as a single mother, and came up with the idea of Harry Potter on a train. The rest is history and now she's the richest author in the world. Or is she? According to the theory, advertisers and writers wanted to create a book that would apply to all ages. J.K. Rowling is just an actress pretending to be an author so they can have someone at events. I definitely think this one discredits her hard work, but make of this what you want!

The beautiful Princess Diana was killed in a car accident in Paris in 1997. Or was she? Theorists believe that it was a coverup, and that Prince Philip ordered the British Secret Service to murder her and her boyfriend Dodi Fayed. They wanted to stage it as a crash, and blame it on the driver being under the influence and the annoying paparazzi. However, the reasoning was because Princess Diana was pregnant and engaged and since Fayed was Egyptian Muslim and not Christian which would not sit well with the Royal Family. The reasoning people believe this? It was also believed by Fayed's father.