Nick Jonas has a history of famous celebrity exes. 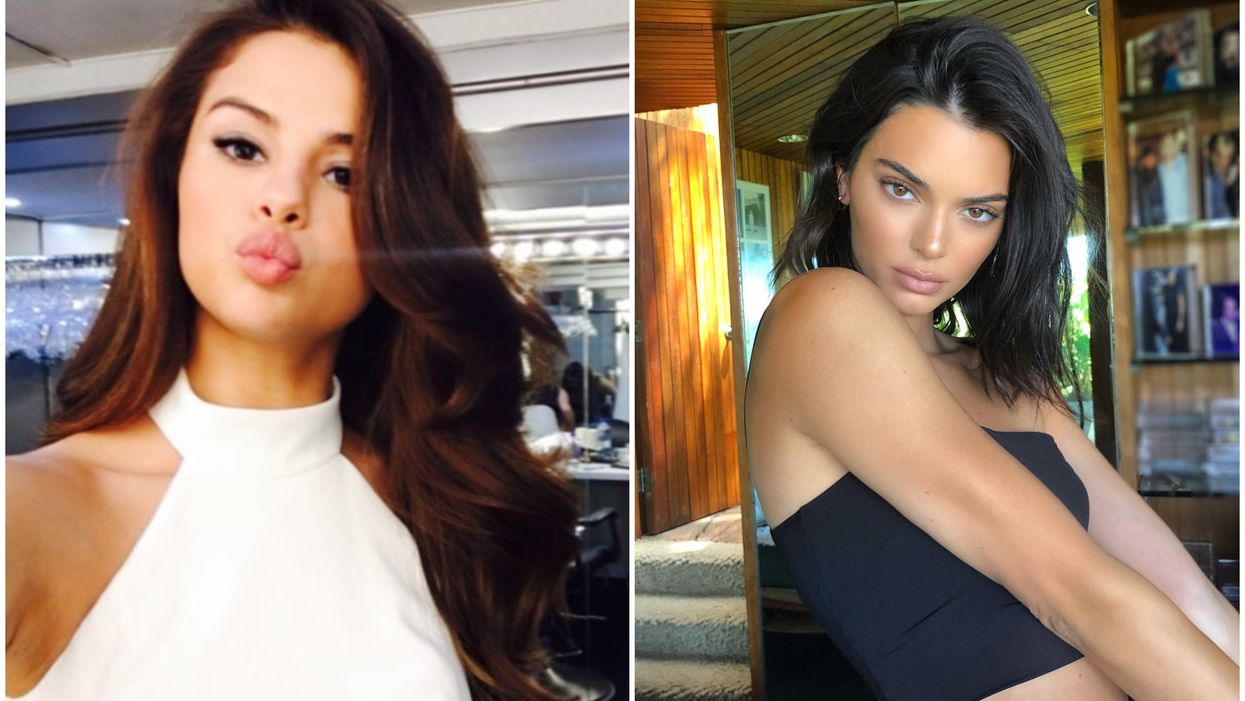 Nick Jonas and Priyanka Chopra officially tied the knot just last week and had two weddings in India on December 1st. The star-studded affair was an Instagram dream and the whole thing looked like a real-life fairy tale.

The couple had a rather whirlwind romance and got engaged after just two months of dating. Just a five-month engagement later, the two made it down the aisle and got married. The couple is adorable together, so it can be easy to forget all the famous exes Nick Jonas and Priyanka Chopra got together.  So let us take you down memory lane and remember all the random, famous flings Nick Jonas has had in his 25 years on Earth.

The former Jonas Brothers member and Camp Rock star has worked his way around the Disney circuit and was previously linked to fellow Disney Channel stars Miley Cyrus and Selena Gomez. It also looks like Nick Jonas has a thing for older women – Priyanka is 11 years his senior, and he's also dated other woman with notable age differences. A source even told PEOPLE that "Nick loves dating older women".

Check out all the celebrities that the singer and former Disney Star dated before Nick Jonas became a married man to Priyanka Chopra.

Random as it is, Nick Jonas was once linked to the Kardashian/Jenner clan. Back in 2015 when his brother, Joe Jonas, was dating model Gigi Hadid, sources told Us Weekly that Nick Jonas and Kendall Jenner were also seeing each other.

Kendall's best friend Gigi reportedly set the two of them up. However, the romance was never confirmed by either party. Nick Jonas and Miley Cyrus dated for almost two years during their prime Disney years and their relationship screamed Disney Channel goals. Fans were definitely obsessed with them together. They first started dating in 2006 when they were only 13-years-old but broke up at the end of 2007, according to Us Weekly.

They have even used their romance as inspiration for their music – Miley Cyrus's "7 Things" was about their relationship and the Jonas Brother's song "Wedding Bells" was about the Hannah Montana star. Nick Jonas moved on to another Disney star after he and Miley Cyrus broke up. He started dating Selena Gomez in 2008 but they only lasted several months. They called it quits in 2009, and briefly reunited the year after in 2010, but once again it was not for long.

There was even some love triangle drama between Cyrus, Gomez and Jonas. In 2016, Selena Gomez addressed the love triangle in an interview with W Magazine. "We never feuded. We both liked the same guy when we were 16. It was just a Hilary Duff–Lindsay Lohan thing: 'Oh, my God, we like the same boy!'," said the former Wizards of Waverly Place star. "We are now completely settled in our own lives". Olivia Culpo, aka the former Miss Universe, was one of Nick Jonas's longtime girlfriends. The pair dated for almost two years before calling it quits in 2016. According to E! Online, long distance was the main reason for their breakup.

"This has been a sensitive matter and both of them still love and care about each other and only want the best for one another," an insider told E! Online. "The long distance and ups and downs have been weighing on the two of them lately and it has not been easy but they know this is the best decision for them at this time." Kate Hudson was one of the older women that Nick dated before Priyanka. The actress is 14 years old than this Jonas Brother. The two hooked up in September 2015 and continued to casually date for several months after, according to Us Weekly. Nick was even asked about their relationship and whether they have had sex in an interview with Complex in January 2016.

"Kate’s incredible. We had an unbelievable connection as two humans who just admire things about each other, and see something in each other that’s beautiful," said the singer. "Out of my best effort to respect her and her privacy, I’m not going to say if we had sex or not. But we did have a beautiful connection". Kate Hudson's mom Goldie Hawn even confirmed their relationship and called him a "very nice guy, a good person", according to PEOPLE. Nick Jonas dated British actress and model Lily Collins for a bit in 2016 after Kate Hudson. The singer even confirmed himself that the two had been on dates together, according to The Mirror.

"We went out a couple of times. She is amazing," said Jonas about the Love, Rosie actress. "We have known each other for years, just running in the same circles". However, it appeared that relationship was not serious because after the interview was out, the singer tweeted that he was single, according to the Daily Mail.