Get ready to happy cry! 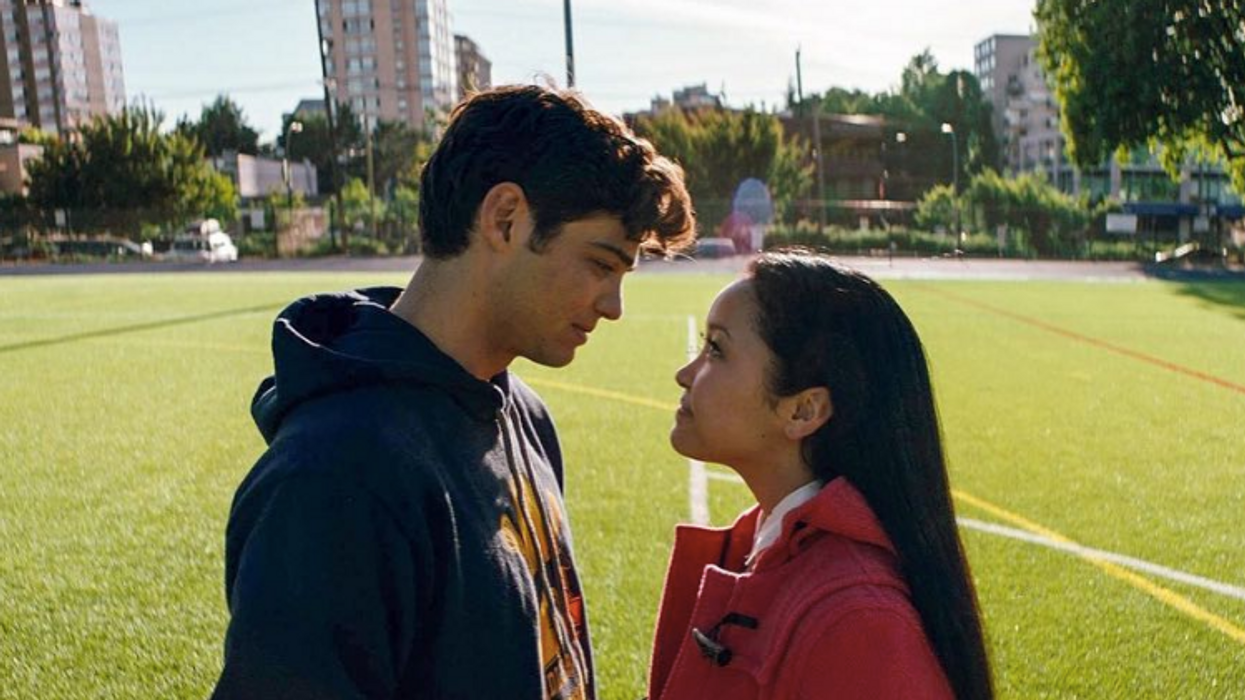 Romantic comedies, or rom-coms if you prefer that, are movies that everyone secretly loves. No matter if you watch them alone after a breakup, together with your BFFs, or even convince your bae to watch one with you, they're usually never bad. I mean, what can be bad about a movie where two people are clearly going to fall in love?

Whether it's a classic movie from the '90s or an independent film you've never heard of, Netflix Canada is crawling with amazing rom-coms that you need to watch.

Raise your hand if you love cheesy movies! Coffee Shop is about a woman who owns, you guessed it, a coffee shop and it gets threatened that it may get torn down. When someone (a very cute male) offers to help her work at the store, they obviously fall in love but not before they get in to a fight.

Even though this movie only got a whopping 14% on Rotten Tomatoes, fans of McDreamy, sorry, Patrick Dempsey would beg to differ. To sum it up, a woman is getting married and asks her best guy friend to be her maid of honor. But he actually is in love with her (obviously) and tries to win her over before she actually walks down the isle.

If you haven't seen this movie yet, then what are you doing?! To All the Boys I've Loved Before is a new Netflix movie that everyone is talking about these days. And for good reasons. It stars a girl named Lara Jean who writes love letters to her crushes, but never sends them. Her sister 'accidentally' sends them off, and one of the boys named Peter Kavinsky wants to pretend date her. Can you see where this is going? It got a 95% on Rotten Tomatoes, so you know it's a good one.

READ MORE: Netflix's Newest Movie Is The Perfect Teen Romance And It's Even Better Than "The Kissing Booth"

Sleeping with Other People

I just watched this movie recently, and actually really liked it. It's the perfect mix between romantic and comedy, which is all what we're looking for. Two complete opposites form a relationship that is completely platonic, as they go through life dating other people. They meet up years later on accident, and they still go through highs and lows with relationships. I'm sure you can picture where this goes.

The Perfect Man stars Hilary Duff back in her prime (is she ever out of it, though?). Also starring Heather Locklear as the mom, she receives an email from someone she doesn't know, which is made out to look like a secret admirer. Being a very lonely mom with commitment issues, she tends to run away from her problems. So Hilary Duff decides to be the perfect man for her mom and make someone up so she can stay in one place. This movie is true 2000's gold, and it's actually a great mother-daughter movie as well.

When two assistants meet over the hatred of their own bosses, sparks fly. But only in a 'friendship' kind of way, you know? So the two of them decide to set up their bosses in attempt to make them happy and less miserable. It works for a while, until they realize that their bosses are not meant for each other at all. However, the two assistants might be!

READ MORE: This New Netflix Movie Is An Odd Mix Of 'The Devil Wears Prada' And 'The Parent Trap'

Starring Harry Potter Starring Daniel Radcliffe, this movie shows a sweet bond between best friends. He's pretty bitter from all of his failed relationships, but he falls quickly for her. The catch? She has a boyfriend.

Uhm... the title definitely isn't what it seems. Sex Tape stars Jason Segel and Cameron Diaz before she retired from acting. They are a married couple in the movie, and they decide to try a few moves from a sex book they got and tape it. However, that all goes down the drain when they realize "the cloud" aka iCloud had sent it to everyone they know.

This is one of my all time favourite movies. It's so crucial to watch when you're a young adult searching for love. It follows a bunch of different people, who are actually all connected somehow, on their trials and tribulations when it comes to love. Some cheat, some can't commit, some are too overbearing, and some just don't give a shit. If you're currently going through a breakup or are lusting over someone, you need to watch this.

This movie is about the relationship between a father and a daughter, and a daughter and her one-day husband. This movie stars James Franco as a millionaire, who dates a girl with a very, very protective dad. She brings her family to him for the holidays in his huuuge mansion, and the rest basically goes downhill from there.