Did you know that Oscar winning movies have been shot across Canada? 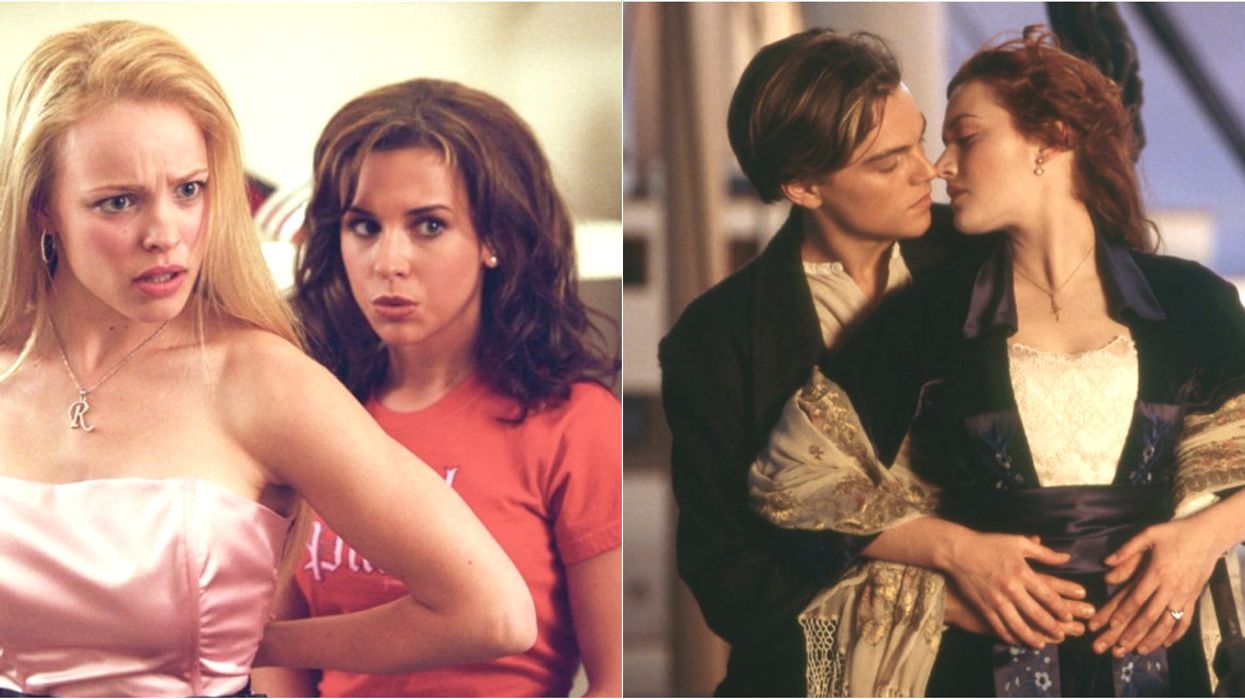 If there is one thing that everyone can agree on it's that Canadians love to watch movies. Maybe it's because our country is freezing for 6-months of the year so we like to stay cozy inside and that gives us a lot of time to watch everything on Netflix.

READ MORE: All Of These Super Famous Hollywood Celebs Have Crazy Weird Links To Canada

Whatever you like to watch, whether it be action-packed, happy and romantic, or informative like a documentary, so many Hollywood movies are filmed in Canada! In fact earlier this year Canada was named the top destination for the U.S. film industry. Many Canadian provinces have been used for their beautiful destinations to create epic Hollywood backdrops. Because Canada has such beautiful scenery coast to coast, as well as a number of diverse cities, it has proven time and time again to be the perfect setting for many directors.

READ MORE: Drake Got Real About Being A Single Dad And Finally Admitted He Wanted The Perfect Family With Rihanna While it is not common for Hollywood blockbusters to be set in the great white north, it is nice to see that Canada is getting recognized in the film community. Not only does it offer new and interesting opportunities to Canadians, but it also brings some of the coolest celebrities to visit Canada!

READ MORE: The Definitive List Of The Most Random Canadian Celebrity Couples You Totally Forgot About

Here's a full list of all the Hollywood movies that have filmed in Canada, from Oscar winners to comedy classics and more. If you didn't already know, the totally fetch teenage film Mean Girls was actually filmed in Toronto, Ontario. Not only that but head mean girl Regina George was portrayed by fellow Canadian, Rachel McAdams.

The 2004 instant classic filmed at locations like the Etobicoke Collegiate Institute and Malvern Collegiate Institute to create the suburban Illinois high school Regina and Cady attend. The film also shot at the University of Toronto when the Mathletes attend their competition and we find out "the limit does not exist." While 50 Shades of Grey may not have been all Canadians cup of tea the film shot in Vancouver, BC, even though the story's setting is in Vancouver and Seattle, Washington.

In the scene where Christian Grey picks up Anastasia Steele in a helicopter, they were actually standing on the top of the Global BC building located in Burnaby.

One of the highest grossing movies of all time was shot in Canada; that's right, we're talking about the Titanic. The 1997 movie was not only filmed in Nova Scotia for location but also for historical accuracy.

During the tragic Titanic voyage in 1912 Halifax, Nova Scotia was the closest port to the catastrophe, meaning Canada has some real ties to the disastrous event historically.

While the 1998 film Good Will Hunting earned multiple awards in Hollywood including two Oscars, the films epic classroom scenes were actually filmed in Toronto.

Just like Mean Girls, this Oscar-winning film used the University Of Toronto for its historical university setting but the film was also shot back in Ameria in the city of Boston. This movie landed Matt Damon and Ben Affleck on the Hollywood scene, though now Affleck is mostly known for looking super upset wherever he goes. Did you know that the 2007 movie Juno was actually filmed in Canada? While the film is set in Minnesota, the movie was actually shot in Vancouver, BC.

Not only did the film actually shoot in Canada, but it also featured two Canadian actors as leads in the film. Juno MacGuff is played by Ellen Page who was born in Halifax, Nova Scotia, while Page's on-screen baby daddy Paulie Bleeker was played by Brampton, Ontario native Michael Cera. Adam Sandler was at the height of his career when he released the movie Billy Madison in 1995, which was actually filmed in Oshawa, Ontario. You can still see the Madison mansion, known as the Parkwood Estate if you visit the city today.

Since 1995, Sandler has shot other films in Canada including an unreleased film with Jennifer Aniston that was filming in the summer of 2018. Another iconic Sandler movie is Happy Gilmore, which was shot at Swan-E-Set Resort and Golf Course in Pitt Meadows, BC. This classic 2003 horror film was actually shot across Canada in both Ontario and BC. Filming took place in Vancouver, BC at the University of British Columbia, as well as at Buntzen Lake. They also used a cornfield outside of Vancouver for the well-known rave scene.

Freddy vs. Jason was also filmed in Toronto but most shots from Vancouver are more recognizable than in the capital of Ontario. Whether you love the Twilight series or hate it, the 2008 film was actually shot all over the Vancouver area instead of Washington where it was set. In fact Forks High School, the school that Bella Swan and the Cullen family attend is actually Vancouver's David Fraser Secondary School.

It's hard to imagine that 10 years have passed since girls were dramatically declaring themselves team vampire or werewolf, it's cool to think that such a major movie was filmed right here in Canada! The 2015 film that finally earned Leonardo DiCaprio his Oscar after being snubbed forever was also shot up in Canada. The Revenant was filmed in two Canadian provinces and multiple cities in western Canada.

While some scenes were shot in Burnaby, BC, many of the epic wilderness shots were actually from across Alberta. The Oscar-winning film shot in Kananaskis Country, Calgary and Canmore. You can recognize the outdoor skating scenes if you've visited the Montreal Olympic Stadium, as well as the chase scene which took place in the city's Olympic Village. The 2002 film My Big Fat Greek Wedding may have been set in the American city Chicago, but the film was actually shot in Toronto's Greektown. Not only that, the film stars Canadian actress Nia Vardalos.

While Vardalos also produced the movie, it made a big splash because of John Corbett portraying her on-screen love interest Ian. You may recognize Corbett due to his most famous role as Aidan from Sex In The City. Suicide Squad was met with some tough criticism after it's release in 2016 but only those familiar with the streets of Toronto could recognize the backdrop of the film.

The movie was primarily filmed in Toronto, Ontario with additional film shoots back in Hollywood. Multiple streets in the city had to be closed down during filming due to crazy sets that were needed to create the crazy missions the Suicide Squad takes on. Not only did Canadian heartthrob Ryan Reynolds star as the anti-hero Deadpool in the 2016 release, but they also shot the movie primarily in Canada too!

Deadpool was actually shot in Reynolds hometown of Vancouver, BC. The No 5 Orange strip club found on Main Street was used to shoot the strip scene in the film, as well as the Chinatown neighbourhood, and Royal Roads University. While the Oscar-winning 2006 film Brokeback Mountain was set in Wyoming, the film shot in southern Alberta for financial reasons. Since Alberta's Rocky Mountains are only 600 miles northwest of Wyoming, the landscape is remarkably similar.

The film used a lot of Alberta's rural space to create the atmosphere for cowboys but they also shot in Edmonton, Fort Macleod, Kananaskis Country.