A lot has changed in the past 100 years! 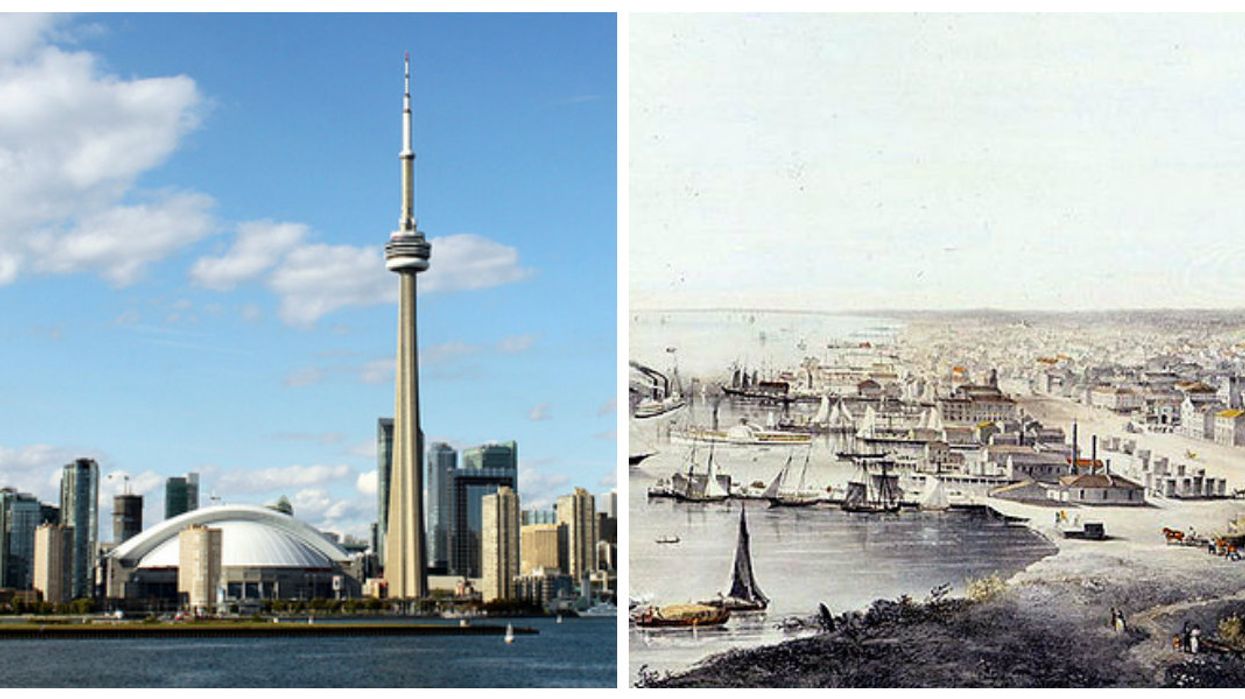 Canada may only be around 150 years old, but people have been living here long before Confederation. First of all, the Indigenous peoples have been on this land forever. Then, settlers and colonizers came over as early as the year 1000.

As the years went by, Canada developed and the cities and towns we know and live in today began to take shape, although not the way we see them now. Some of Canada's biggest cities have changed drastically, even in the last century. This is what our major cities look like now vs. over 100 years ago. Today everyone knows Vancouver as the super hip, but also crazy expensive, with huge condos and amazing music, but over 100 years ago it was a very different story.

While the skyline is definitely different in a million ways from this photo in 1904, the changes in Vancouver streets are even more different.

This is Carroll Street, circa 1886, showing a simpler time of general store and horse-drawn carriages, just like this bridge.

The Connaught Bridge, which is actually called the Cambie Bridge by almost everyone, definitely looked a lot different in 1912 than the car, bus, and bike bridge does today. Compared to some of the cities on this list, Calgary is relatively new, but that doesn't mean it hasn't changed in the last century.

The city has changed drastically since this photo taken in 1885. But, a big contributor to the growth of Calgary was the fort.

The RCMP built the fort back in 1875, only three years before this image was captured in 1878.

While Fort Calgary definitely moved along the city's development, in the late 1870s when this house was built, no one would have guessed the sprawling condos that would take over Calgary today. Toronto's skyline is iconic with the lights of the skyscrapers casting amazing glows on the water and the CN Tower rising high above it all. But none of that existed over 100 years ago.

Back in 1854, the tallest building in the city was the church steeple, not a skyscraper was in sight. But the city still had some things going on.

The King Streetcar pilot project may be new, but the line dates all the way back to 1890, the only difference is back then they were pulled by horses.

King Street was still a happening place, though. Take this photo from a parade in 1870 as an example - with people everywhere and all the hustle and bustle, the only difference is the buildings, which were only 4 stories tall. The area now known as Quebec was one of the first places settled in Canada, meaning a lot has changed in past few hundred years, especially in Montreal.

As one of the oldest photos on the list, this painting shows Montreal way back in 1762, as just a town of houses and churches, not the vibrant city we know today.

Even 100 years after that first image, things had begun to change like the development along the Lachine Canal shown here circa 1850.

By 1917, just 100 years ago, the Montreal we know today was beginning to take shape. But, like in Toronto, horse-drawn carriages were all the rage and the buildings were still pretty short.

Halifax may be one of Canada's smaller cities, but it's still happening place with lots of history, meaning a lot has changed over the years.

Take George Street, for example. Today it's a happening part of the downtown core, but in 1759, it was just a small fishing and trading village, with some sheep just roaming around.

Flash forward over 100 years to 1878, the infrastructure is in place, as you can see from the train station. But, the horse-drawn carriages and nearly empty streets outside show how different it still was.

And even by 1903, while a lot had changed like power lines and more populated streets, the historic buildings and British flags hanging everywhere truly are a sign of the times.

Canada has come a long way from the 1700s, both physically and politically, and while not all changes are good changes, looking back at photos of these major cities from over 100 years ago, it's easy to say that we're happy we have electricity, streetcars, and roads to walk on today.