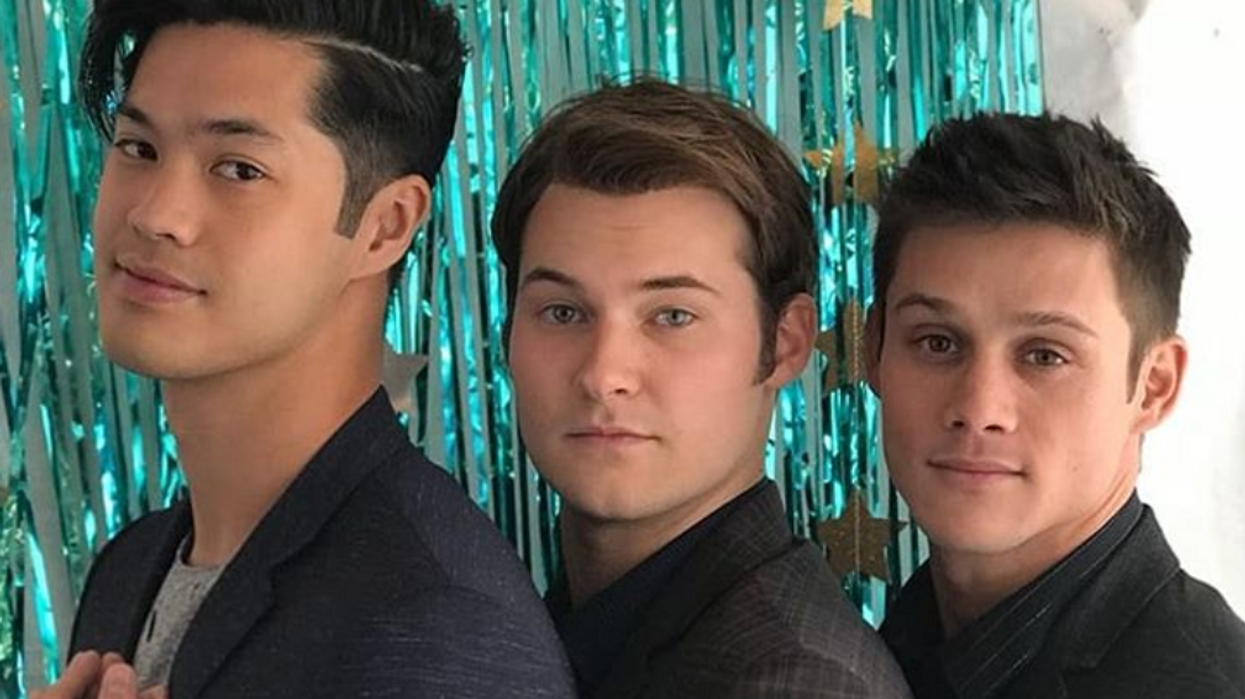 The newest 13 Reasons Why series came with a lot of emotions. The no holds barred series, which deals with difficult topics like suicide, rape and bullying, was so intense that it broke binge watching records on Netflix. To say that people were totally immersed in it, would be an understatement. Some though, have been so immersed in the world of 13 Reasons Why that they've seemed to have forgotten that it is in fact fictional.

Yes, it is inspired by situations that young people face everyday, but as far as the actors are concerned, it is 100% fictitious. The actors are just playing a role. While that might seem obvious and not worth mentioning, there are actually a lot of people who have misunderstood this concept. Last year, the actor who plays the character of Bryce received a lot of hate for his depiction of a narcissistic rapist. Now that the 2nd season has come out, it's Timothy Granaderos that's facing some serious heat. The Monty actor has received hate messages, and even death threats on his social networks.  understandably infuriates the masses.

Messages like, "f * ck you", "You must die, even if you pretended you dirty bastard, poor Tyler", "I'm going to beat you up" or "You deserve to die" invade the comment section of Timothy's social media feeds.

Although other people remind these "haters" that this is only a show, it must be quite difficult emotionally for a person to wake up and see these messages littering their comment section.

In response to all this hate, Timothy published a photo on his IG account with this message: My character on @13reasonswhy might incite some strong emotions - that’s more than fair. But let’s not use this post to state the hate, but instead spread the love. Tag a friend/acquaintance/mentor/sibling, along with something you like or admire about that person. This is not a ploy to gain followers, but an opportunity to spread good vibes!

I’ll start us off, @rossbutler you’ve got a great EYE for photography. Nevertheless, the message has not been received by all fans of the show. This is why other actors from the series have taken steps to educate fans on the fact that Tim is not Monty. The photo  below was uploaded by Justin Prendice (Bryce), in it he uses the hashtag: #TimisnotMonty (Tim is not Monty). The actor Devin Druid, who plays Tyler (the main victim of Monty) has also shown his support to Timothy Granaderos on his Twitter account:

We love you, Timmy boy. One of the kindest, most empathetic and talented artist I've ever met. https://t.co/PcA4DNHHjn

The feelings mutual Dev, you know that.

It's still horrible to find that a series that serves to denounce intimidation and bullying has been the cause to some serious online bullying and negativity. The message of the show does not seem to have made its way to some viewers.