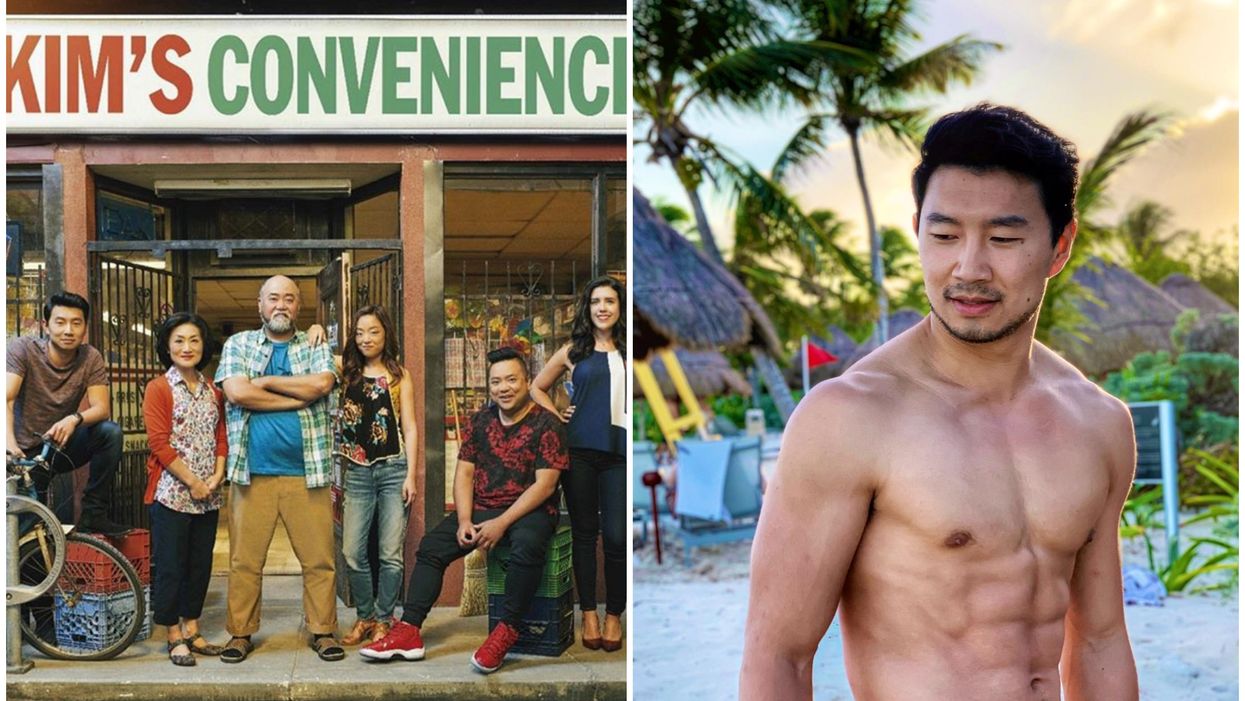 Asian men can be stereotyped and pigeonholed as nerdy and dorky types, especially in mainstream media and this is highly problematic. A Canadian actor recently called out a live audience for perpetuating this negative public image of Asian men. Canadian actor, Simu Liu from CBC's TV show Kim's Convenience completely destroyed the stereotype that "Asian men can't be sexy" live on TV and fans are absolutely loving it.

READ ALSO: Let’s Make 2019 The Year Of Learning To Love Ourselves More

However, what was expected to be just a friendly appearance to promote a TV show turned into an important opportunity for the Canadian Asian actor to break down Asian stereotypes.

On the show, Liu and the other hosts began to discuss sexual stereotypes. Liu started to offer his perspective on the topic and started saying, "I gotta say, I just gotta cut in here as an Asian man, but some of these stereotypes...". As soon as he said that and began to share his opinion, the studio audience actually started laughing.

Liu was taken off guard when the audience began laughing and quickly made it an opportunity to talk about Asian men and the stereotypes surrounding them.

Liu quickly clapped back and called out the audience. He cut off his train of thought to quickly comment on the laughter from the audience. "See but the fact that there's even laughter now," said Liu. He wrapped up his earlier thought and finished with, "some of these stereotypes are absolutely and totally untrue.

Liu was not happy about the incident, and honestly, same. He posted the clip from The Social on his Instagram page. Check out how it all went down.

"I went on @TheSocialCTV today to promote our show and talk a wide range of current events and pop culture topics with the wonderful ladies there," wrote Liu in his Instagram caption. "At the beginning of the clip we were talking about ‘sexual stereotypes’ and I was cutting in to offer my opinion as an Asian man. Y’ALL, THE STUDIO AUDIENCE LAUGHED".

"I called them out," said Liu in his caption. "And the amazing ladies sitting next to me had my back. Because goddamnit people it’s 2019 and I’m tired of having to prove to the world that we’re not Long Duk Dong from Sixteen Candles". Liu also took the opportunity to share how proud he was to be Asian.

Y’all, the studio audience literally LAUGHED when I wanted to offer my experiences as an Asian guy. The topic of conversation was stereotypes in the bedroom. I called them out. And the wonderful ladies on @TheSocialCTV supported me. Because it’s 2019 goddamnit. https://t.co/NqXm0J6Qg7

People are absolutely here for how Simu Liu destroyed the "Asian men can't be sexy" stereotype. Many took to social media to praise the actor for his actions. Check out what people have had to say about the incident.

you are so well spoken & im so glad you’re using your platform to speak about these issues. there’s so much power in having these engaging conversations, because it’s a huge step towards changing narratives!!

I'm glad you called out the people laughing. They must've felt so ashamed too 😂 good. Time to re-evaluate how they think and process messages from the media about Asian men.

PREACH! People NEED to hear this! So glad that you had a chance discuss this on TV #asianmale #stereotypes 💪💪

After he called out the audience on The Social, Liu also explained that he puts up shirtless pictures on his Instagram to fight the perception that Asians can't be sexy. We're not complaining...

The Toronto actor has also fought Asian stereotypes in other ways. He has worked on Wong Fu Productions' "Asian Bachelorette 2", which made fun of Asian stereotypes and showcases just how hot Asian men can be. He was also Mr. October for Haikus with Hotties' 2018 calendar, which "celebrates Asian male hotness in all forms", according to The Huffington Post.

Simi Liu is best known for his role as Jung on CBC sitcom Kim's Convenience, but has appeared in other films and television shows. The 29-year-old actor is from Toronto and went to Western University to study business. He was even nominated for a Canadian Screen Award and an ACTRA Award in 2017 for his work in Blood and Water, a Canadian crime show.

Kim's Convenience is a Canadian sitcom that first premiered in October 2016. The show is now in its third season. It focuses on a Korean Canadian Kim family who runs a convenience store in a Toronto neighbourhood. You can watch the show on CBC television or on Netflix Canada.

Despite the strides made in Asian representation in mainstream media in 2018, such as the groundbreaking release of Crazy Rich Asians and To All The Boys I've Loved Before, this incident, among others, shows that there is still much more progress to be made.

You can watch Simu Liu on Kim's Convenience on Netflix Canada here.