This Canadian Island Looks And Feels Exactly Like Ireland, According To The Irish 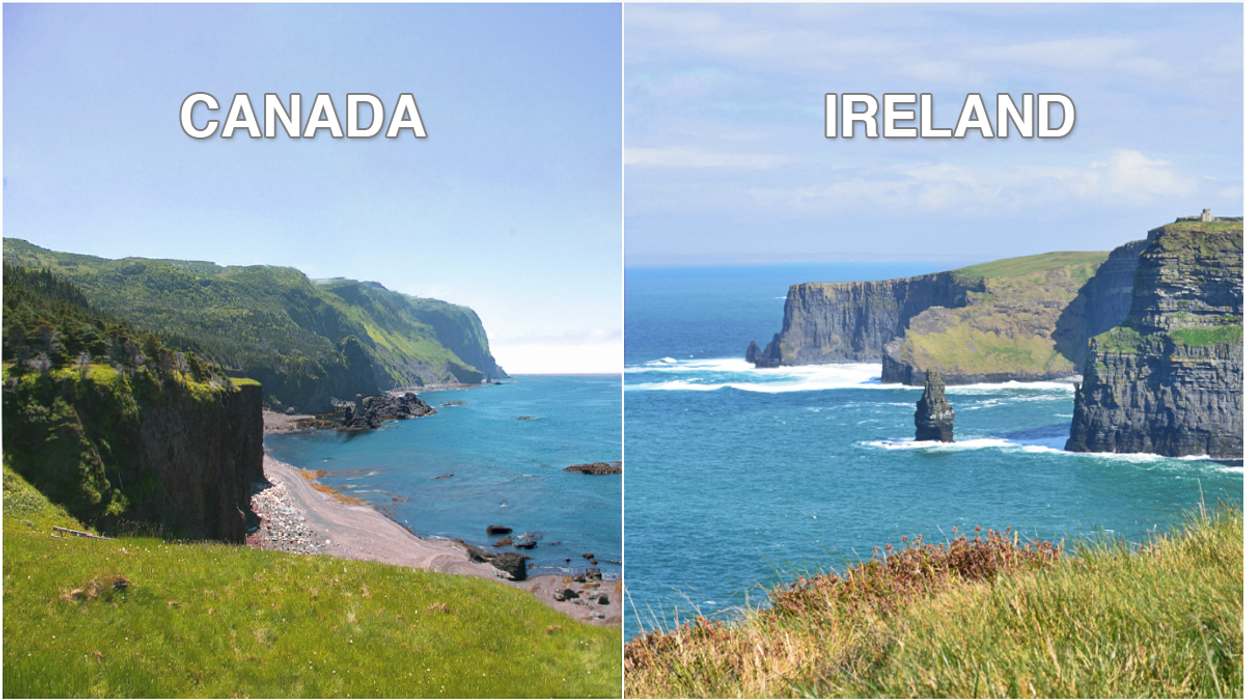 There's one place in Canada that's basically a carbon copy of Ireland, according to Irish people who live and work there.

Newfoundland is often compared to the Emerald Isle due to its deep-seated Celtic roots and notably similar landscapes:

"Newfoundland (pronounced New-fun-land by locals) feels like Ireland 20 years ago, when people left their doors unlocked, hitchhiked without fear, had time to stop and talk to one another," writes Jennifer Hough of the Irish Examiner. "Time moves at its own pace. Newfoundland has it’s own time zone, two and a half hours behind GMT." Hough says being Irish in Newfoundland isn't hard because practically everyone on the island is descendant of Irish fisherman who settled there in the 1700s and 1800s. She says that Irish culture has been so deeply woven into the fabric of life there that it's hard to believe you're in Canada at all.

"Apart from the stunning scenery, lip-smacking seafood and foot-tapping music, it’s the characters that make this a must-visit destination. Newfies, as the locals are known (though it can be seen as derogatory, not unlike Paddy’s), are so similar to people from rural Ireland, even to this day, that Irish historian Tim Pat Coogan called Newfoundland “the most Irish place in the world outside of Ireland."

Ann Enright, a writer for The Irish Times, also vouches for the "Irishness" of Newfoundland. She gives particular ode to the town of Tilting on Fogo Island, which she fittingly calls 'Irish on the rocks.'

She also mentions that the first Irish settler, Thomas Burke, arrived on Fogo Island as early as 1752, starting a long history of Irish traditions away from home. But history aside, there's no mistaking the physical similarities between Newfoundland and Ireland. Newfoundland is home to some of Canada's best landscapes, with national parks like Gros Morne and Terra Nova consisting of open green fields, towering cliffs and beautiful lakes similar to those in Ireland. Newfoundland may not have Ireland's iconic Cliffs of Moher, but it has some features that are pretty damn close.

I guess if you could always book a trip to Newfoundland if you can't make it out to Ireland!