Saint John resident skates through Tim Horton's drive-thru and it's so Canadian. 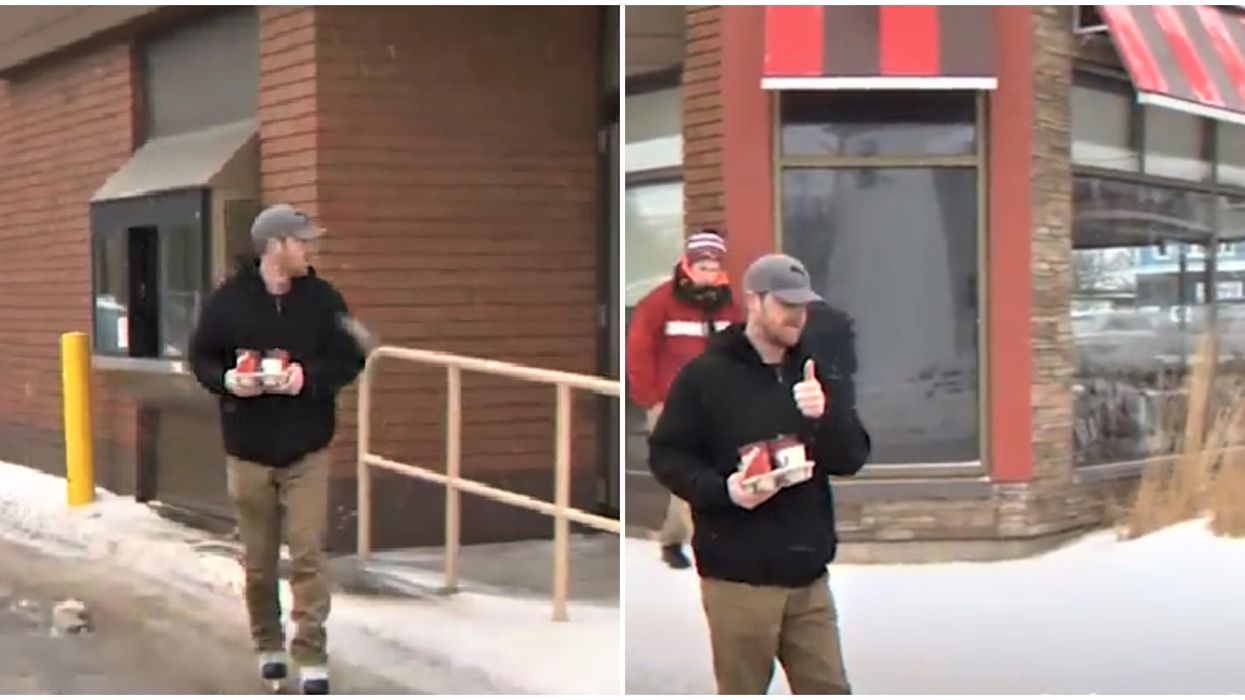 It's well into January and most parts of Canada are officially feeling the first true snowstorm of the year. While some hunker down inside to stay away from the freezing temperatures, some Canadians decided to go outside and fully embrace the Canadian weather.

One Canadian man named Cory Hamilton decided to enjoy the snowstorm by grabbing his ice skates and actually skating through his local Tim Horton's drive-thru in Saint John, New Brunswick. If that's not Canadian, then I don't know what is.

READ ALSO: This Video Of A Calgary Commuter Skiing To Work This Morning Is The Most Canadian Thing Ever

Hamilton and his friends were seen skating through the streets of Saint John after the weekend's severe snowstorm. The roads were slick and icy, so the perfect conditions for mid-afternoon ice skating.

According to Global News, Hamilton decided to skate to Tim Horton's while his fellow residents continued to dig out of the piles of snow that were dumped through the city over the weekend.

We can't believe what we're seeing. This is crazy!

In an interview with Global News, Hamilton admitted that he's never done anything like this before. He stated that he's "played hockey [his] entire life" but he's never been able to skate up the streets.

The frigid temperatures in Saint John made the roads slick and perfect for skating. Hamilton also added that skating through the streets made him feel like a kid again.

In ultimate Canadian fashion, Hamilton ended his skate by hitting up his local Tim Hortons. He reportedly grabbed coffee and hot chocolate from the Canadian cafe for his family before skating his way back home.