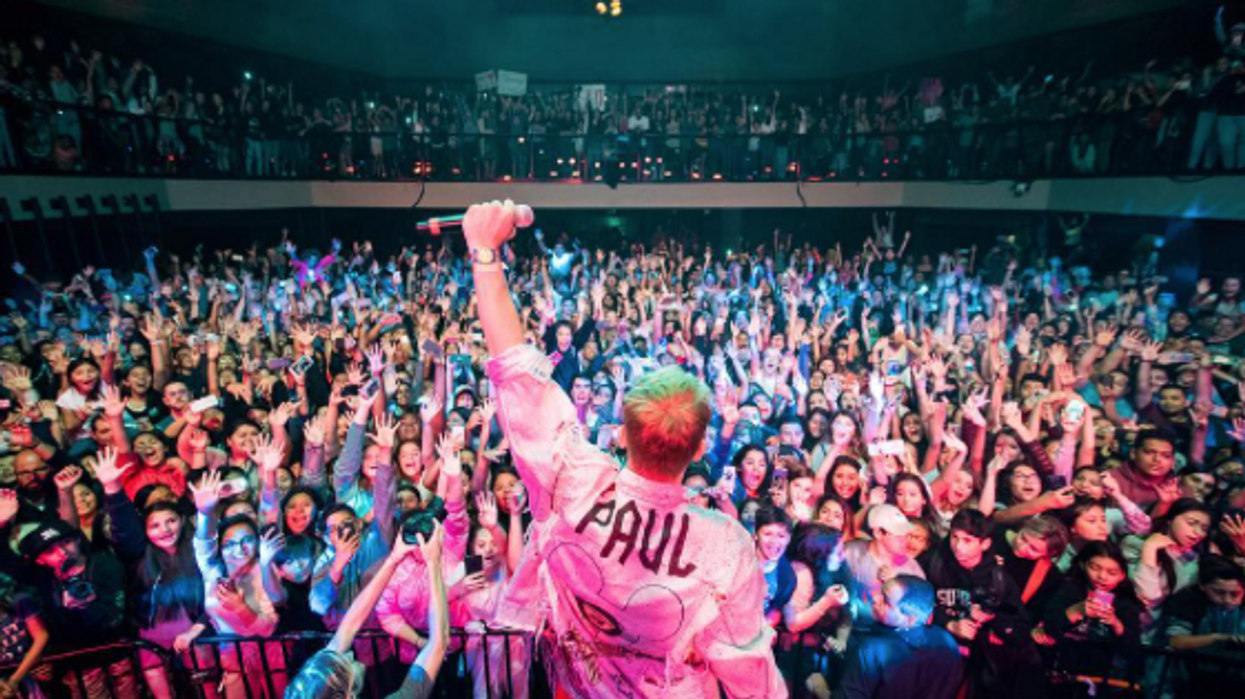 Let me set the scene for you. It was a Monday afternoon. I woke up with swollen cheeks, gauze at the back of my mouth and an ache in my jaw. My wisdom teeth were out and I was officially on bed rest for at-least a week, if not more. This meant no exercise, no chewing or even talking without risking my stitches coming out. My cheeks were the size of grapefruits, meaning I was less than willing to leave the actual house. It was just me, my bed, and my laptop.

READ MORE: 13 Toronto Youtubers You Need To Know About ASAP

After blazing through a season of Orange Is The New Black, I was watching so much of The Office that I was almost doubting Jim's charms. (This was an extreme low point for me as a huge Halpert aficionado.) I knew it was time to pull the plug and find something else to help kill the hours in my days, but what?

My sister barged into my room demanding that I watch a Youtube video. We share Youtube videos, memes and tweets all the time. But little did I know this would be so, so different.

"Look at how ridiculous this is. This guy made a song about his ex-girlfriend, it's insane." Oh God. The audio-visual experience entitled It's Everyday Bro - features choice moments such as Jake Paul dancing alongside a Lamborghini, flashing a large thigh gun tattoo and two twin cherubs rapping in Spanish. Honestly, it was a lot for me. And inevitably, a lot of garbage.

The lyrics were nothing better than the makings of a high school-cafeteria rap battle and the visuals were equally as embarrassing, with obvious symbols of wealth like big brand cars, watches and an aesthetically pleasing house. "I can't watch this," I said, pushing away the screen. Who is Jake Paul, anyways?

Long story short? Jake Paul is a 20-year old Vine star turned vlogger whose internet fame scored him a role on a Disney Channel show. Paul sky-rocketed to cyber-fame with brother, Logan, who boasts 8.3 million subscribers on YouTube. Jake Paul has the fastest growing channel on YouTube. In just 6 months, the young star acquired 5 million followers - a feat undone by any video-star before him. Currently, his Youtube channel is mere days away from hitting 9 million subscribers. But how? How does a 20-year old kid from Ohio gain such an insanely loyal and fast-growing fanbase?

Jake Paul started the first ever 'social media label', an organization he calls "Team 10". Based in Los Angeles, Team 10's main goal is to create regular, extremely clickable content. Paul has a roster of creators who live together in the "Team 10 House", that serves as a Real-World setting for the team's antics and various videos. Paul's ex-girlfriend, Alissa Violet, was signed to Team 10 and was allegedly kicked out after she "cheated" on Jake Paul. One of Paul's most viral videos, 'It's Everyday Bro', targets Violet extremely directly, fuelling her own response video, 'It's Every Night Sis'.

This boyfriend/girlfriend drama was enough to initially suck me in to the vortex that is Jake Paul/Team 10. So much so that I watch every day (bro??) to see exactly what the fuck is going on with this pack of social media miscreants. After watching loyally, it's clear to see why Paul and his team are so magnetic. Their personalities are over the top. The whole roster of Team 10 "characters" reads somewhere between a frat house and a teen drama. The group gets up to insane things like creating a 50ft waterslide, just because, or booking spontaneous trips around the world.

As lavish as a life Jake Paul lives, the key moments in his blogs - at least for me - are moments of realism. The moments that Jake Paul 'the character' slips for a minute and Jake Paul 'the person' comes into focus. Paul has been filmed pushing Team 10's Tessa Brooks, getting aggressive with friends and downright disrespectful to authority figures, store employees and even his own brother.

Is he a great guy? No. There are many a moment that make me question his character and overall motives. Disney, apparently, also agrees - recently cutting the star's Bizaardvark contract short after 2-years of the show. And yet, somehow, he's mastered the anti-villain formula that makes his content so goddamn clickable. His followers are rising and so is his star, where it's in bad light or the limelight.

I know Jake Paul. And I also know he's a piece of shit. And like it or not, I'm still going to watch his vlogs. He's the guy I love to hate and I have the browser history to prove it.