Step up your insta game! 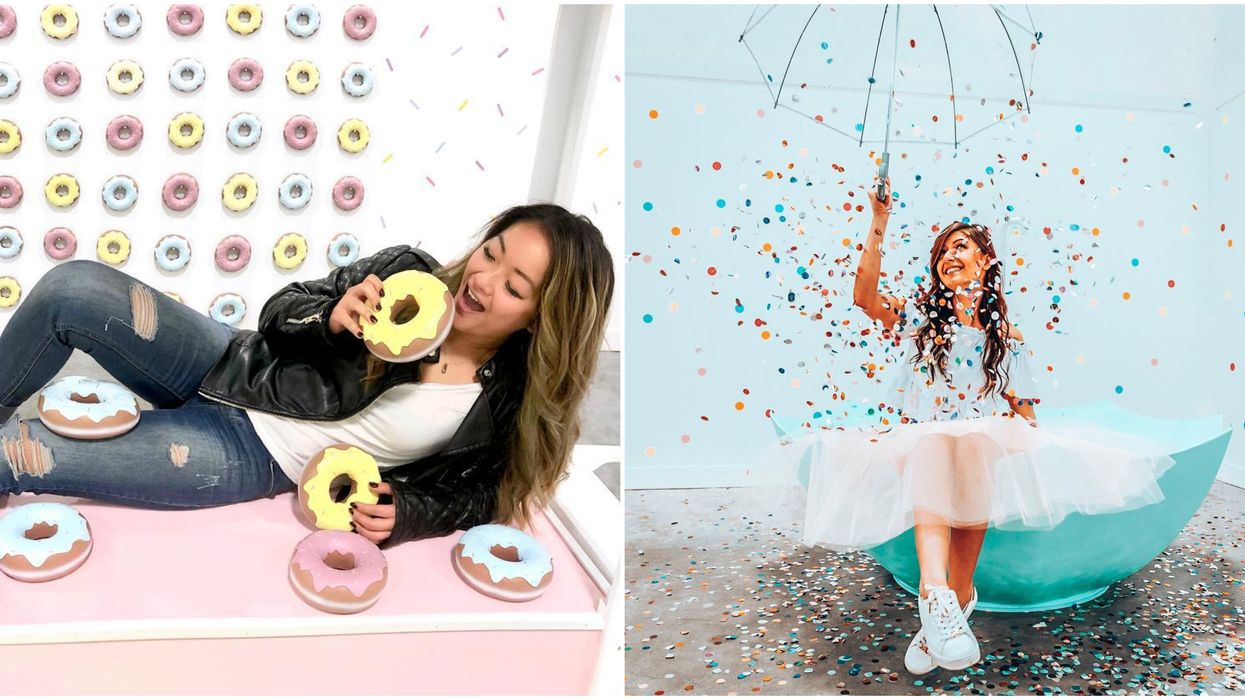 When you see pictures or videos on social media about crazy pop-ups like the ice cream museum and the pizza museum you automatically assume they're somewhere far far away from Canada. Usually, you'd be right! Canada isn't usually the location that's chosen for unique interactive art installations but that's beginning to change.

With locations like Happy Place and the Museum of Illusions in Toronto taking the art and Instagram scene by storm this year we can expect many more cool things to come to Canada soon. The newest interactive installation to open its doors is called Confetti Box and it's basically made for taking unreal pics for the gram!

READ ALSO: You Can Float Down A 3.2 Km Lazy River Inside An Ancient Canyon Near Ontario This Spring Confetti Box just opened up in Burnaby, British Columbia this month and it's one big photo-op inside giant installations! Confetti and guaranteed fun times are included.

This confetti-filled photo-op opened at the beginning of January and is running until the end of March so you still have tons of time to experience it first hand! Their coolest installations are the donut cart complete with giant donuts, the ball pit, the giant confetti globe, the disco ball room and sooo many others.

READ ALSO: You Can Visit The World's Largest Snow Maze At This Town In Canada Tickets to visit the Confetti Box cost $28. You'll choose a date and time to enter and you'll have 1 hour to explore their installations and take as many photos as you want!

You can find the Confetti Box located at 5850 Byrne Rd which is just a 30-minute drive from downtown Vancouver. It's definitely worth it take some killer pics to add to your Instagram feed this winter!