Will the real First Lady please shut up? 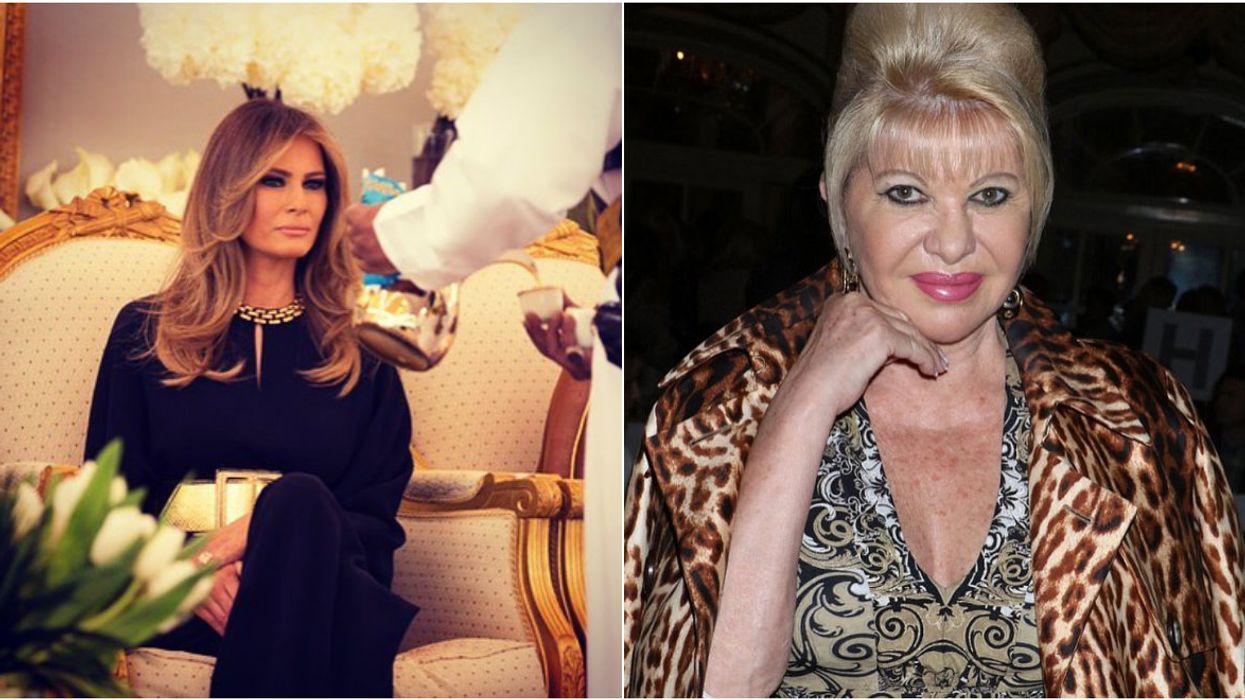 What better way to amplify the insane circus that we call the White House than add a little battle of the wives to spice things up? That's right, the two women who were unfortunate enough to marry Trump - his ex, Ivana, and his wife, Melania - are currently feuding over who truly holds the title of the First Lady Of The United States.

In her now infamous interview with ABC News, Ivana took the liberty of calling herself the "first Trump wife" and on to say that she is the real First Lady (oh no she didn't!). Ivana claimed to have the direct number to the White House, but doesn't call The Donald personally because she doesn't want to spark any kind of jealousy in Melania.

Oh, and all of this was said in an interview promoting her new tell-all book. Well played, Ivana. Well played.

So what was the Real First Lady's comeback to this underhanded jab? For once, Melania had something to say (well, sort of) -- her response actually came from the Communications Director, Stephanie Grisham. Grisham made sure to assert Melania as the rightful First Lady, adding that she focuses her attention on using "her title and role to help children, not sell books."

This is a shocking move from a First Lady who, until now, has been hailed as a positive force reigning in her husband's loose and offensive words. But for a First Lady concerned with being a role model to children, this response is childish and honestly a surprise.

But TBH, we can't be sure that this response didn't come from the President himself, and that this 'cute' little battle of the wives wasn't just a ploy to soothe his ever-bruised ego.

Judging by the fact that he hasn't taken to Twitter to unleash his opinion on the matter, our bet is that the POTUS thoroughly enjoys seeing these women brandish their perfectly-polished claws. Because what respectable President wouldn't be overjoyed by two beautiful women fighting over who gets to call themselves the First Lady 😒😑.

No word yet from Ms. Ivana Trump, on what she thinks about Melania's response. But something tells us this fight ain't over. Guess we'll just have to wait and see who wins round 2.