Will you see the woman with the blue flower in her hair? 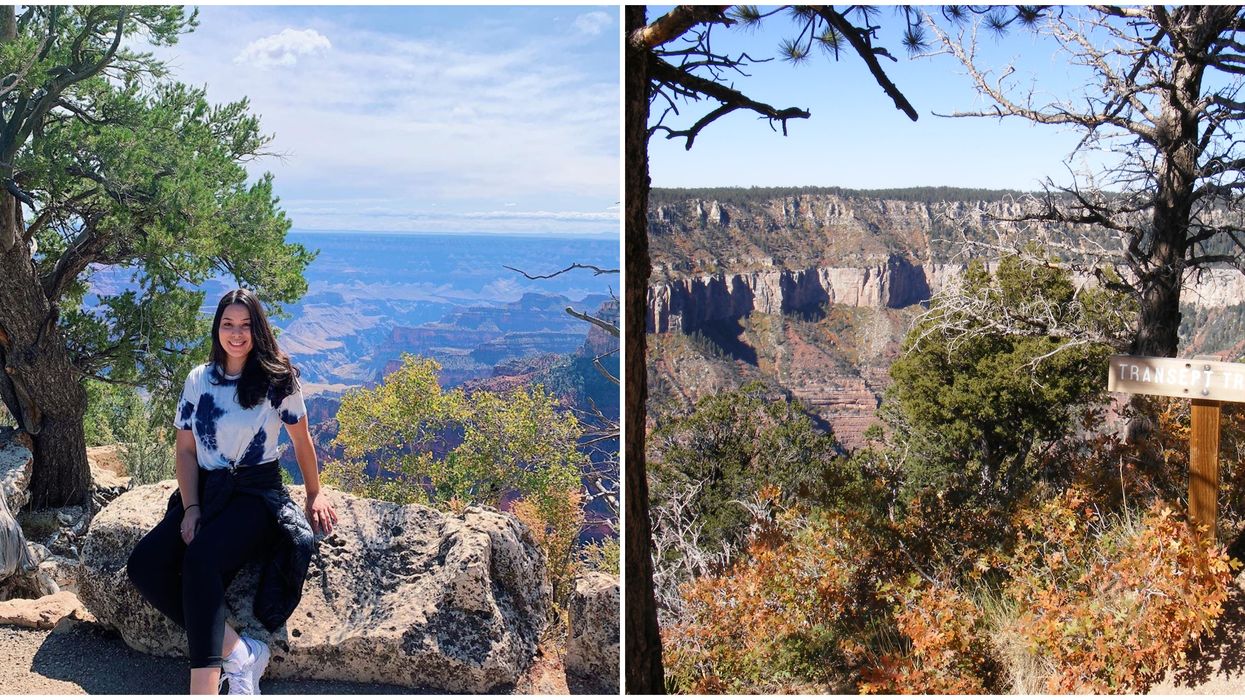 It might not be spooky season just yet, but that doesn't mean you can't read a ghost story or two. You can experience one (ghost story) in real life if you want. This haunted hike in Arizona is a known chilling adventure with scenic views. Grab your friends and get ready for a scary story of a lifetime.

You and your friends can investigate for yourself with a $30 per vehicle permit fee.

Back when the canyon's lodge was being built, rumor has it that a young woman moved there with her husband and son.

While she was waiting for them to return, her family went on a hike along the rim's cliff when the impending storm caused them to fall off the edge to their deaths.

The woman searched the trail for her family and when she could not find them, she returned to the lodge and died by suicide.

Williams-Grand Canyon News reports that "many hikers and even some seasonal park rangers have reported seeing the young woman's apparition, either wandering Transept Trail or in the lodge."

If you have no luck seeing the reported ghost, you still might encounter something eerie.

There have also been claims of people hearing wailing and weeping sounds from the nearby campground and lodge.

Others also believe that the wailing could be La Llorona, a Mexican woman from Hispanic folklore. History Today describes her as such: "Usually translated into English as 'the wailing woman,' she is often presented as a banshee-type: an apparition of a woman dressed in white."

Whether or not you believe these reportings to be true, we think you should bring a friend along, just in case. Strength in numbers, right?

Why You Need To Go: You can go on a scenic hike that's also one of the most haunted in the state.