Reefertilizer has released an ad about marijuana fertilizer and it's going viral. 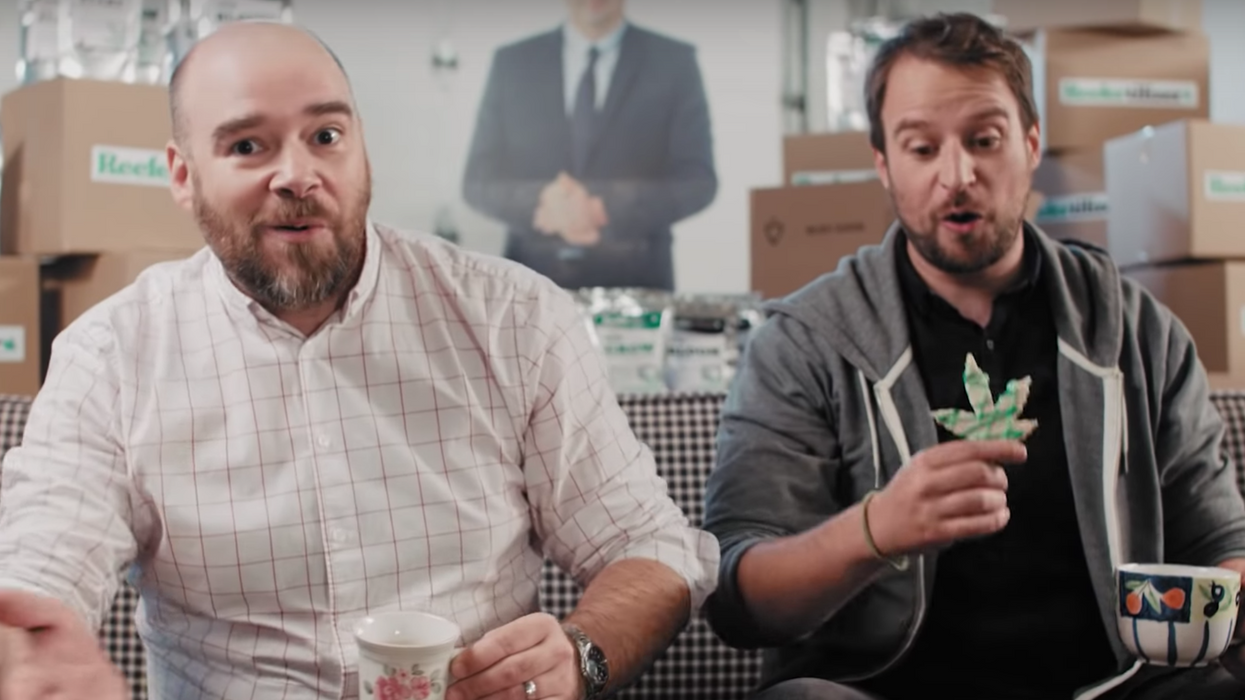 An advertisement for a Canadian marijuana fertilizer company has been posted onto Reddit and the video has completely blown up. The ad received over 23,000 upvotes on Reddit Canada (which is a lot more than the average post on that sub-Reddit) and over 800 comments. People are absolutely loving the ad and calling it hilarious and some are even calling it "genius".

The ad is for a marijuana fertilizer company called Reefertilizer. Although it is only 30 seconds long, it sure has made an impression on Canadians. You can check out the full video on Reddit.

The whole ad is sung out instead of spoken. The video starts off with a cardboard cutout of Justin Trudeau, and a man sings "thank you" to the Prime Minister and continues, "Now that all the laws have changed, we all can grow some weed". The video shows different people in different scenarios, all smiling and energetic, singing about growing weed now that marijuana is legal in Canada. A grandma even appears in the ad, baking weed cookies.

This is the full text of the song sung in the ad. "Thank you Mr. Trudeau, thank you yes indeed. Now that all the laws have changed we all can grow some weed –Weeding is annoying, like it I do not, and why am I growing flowers when it's legal to grow – Pottery is my hobby, like playing in the mud, but now I got a new pastime growing big fat bud –Gets can be daunting when running a business, I'd rather be in the sun growing cannabis.  Biscuits out the oven are really quite superb, especially when you bake them with your legal homegrown herb. Herbal tea is tasty and so are appetizers and if you want to grow good weed, use Refertiliser."

People cannot get enough of this ad and are completely obsessed with it. "that's by far the best things I've seen today," yhzauddi wrote. Their comment got 724 likes. Another Redditor, ImJustHereToSeeStuff, commented, "This is the best ad I’ve ever seen. I’m so done with the US. CANADA HERE I COME"  and it got 438 points. Many others shared their feelings.

"Amazing ad, great name. Probably nothing new or different in the product but damn if it isn't good marketing", wrote RealCanadianVision and it got 73 points. Another Redditor pointed out how Canadian the whole thing was – "This is so Canadian that I am filled with joy," wrote Coryperkin15.

Many people were also pointing out that it was reminiscent of "The Assumption Song", which is a video that went viral on Youtube ten years ago, in 2008. The video got over 36 million views and must have made a serious impression, especially if people still remember it today. You can check out the full video on Youtube. Canuckleball commented, "Reminds me of The Assumption Song. Well done!" and it got almost 100 points.

Now that weed is legalized in Canada, more creative and hilarious ads about marijuana are sure to emerge.