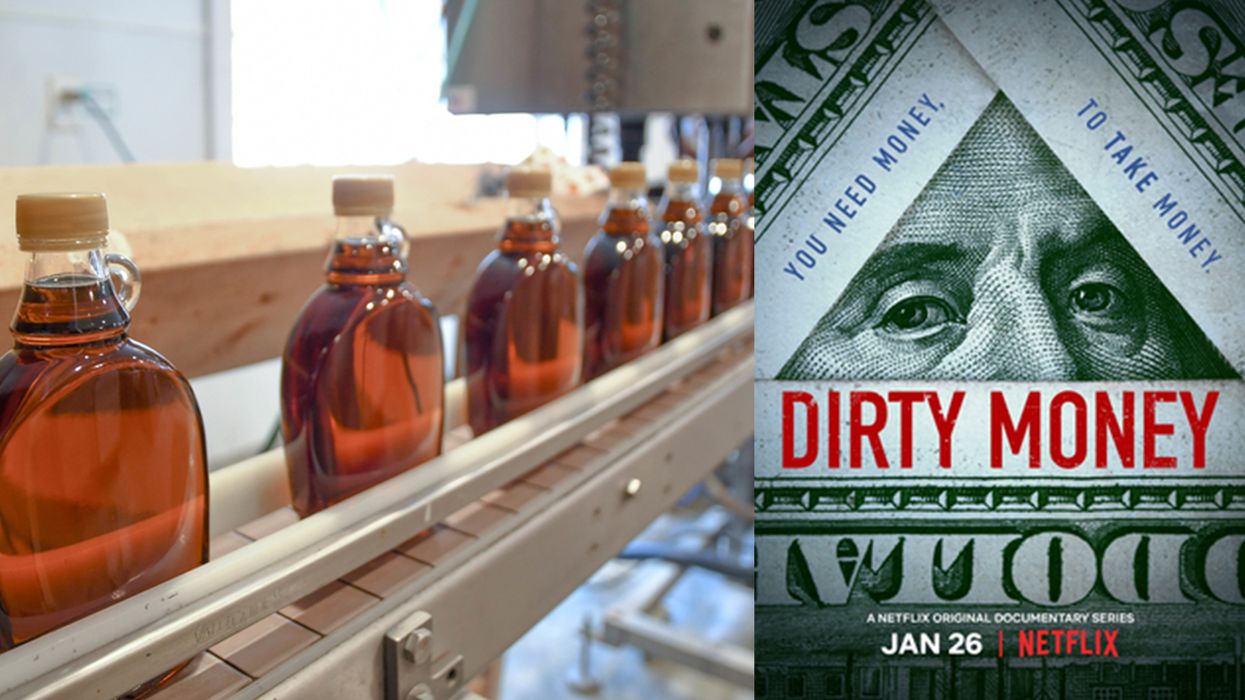 There's an entire documentary about the most Canadian large-scale robbery in our nation's history, and you absolutely need to see it. The robbery, which ocurred over a several month period in 2011 and 2012, is known today as the "Great Canadian Maple Syrup Heist" - and it's exactly what it sounds like.

Around seven years ago, 3,000 tons of maple syrup were stolen from a storage facility in Quebec. The stolen syrup had a total pricetag of  $18.7 million dollars, the most valuable heist in Canadian history. Three theives managed to steal 10,000 barrels of syrup without anyone noticing, then trafficked it on the down-low to different distributors.

The facility was run by the Federation of Quebec Maple Syrup Producers, who has a 77% monopoly over the world's maple syrup supply. With dozens of syrup reserves in small towns all over Quebec, the FQAP was often referred to as a "maple syrup cartel." It's like Canada's version of a drug cartel, only our commodity is sugary pancake drizzle.

Every detail of the maple syrup heist is so ridiculous, it's as if it was specifically intended to become the plot of a Hollywood production. So, it's no surprise that it got made into an episode of a Netflix show.

"Dirty Money" - an American documentary television series about corporate corruption - premiered on Netflix back in January of this year. The episodes are hour-long documentaries about all kinds of corruption scandals, like HSBC's money laundering and pharmaceutical scams. There's even an episode about Donald Trump.

To watch the episode on Netflix, click here. And be sure to tell us what you think!

The arena is making even more shot-making history since Kawhi and the Raptors.