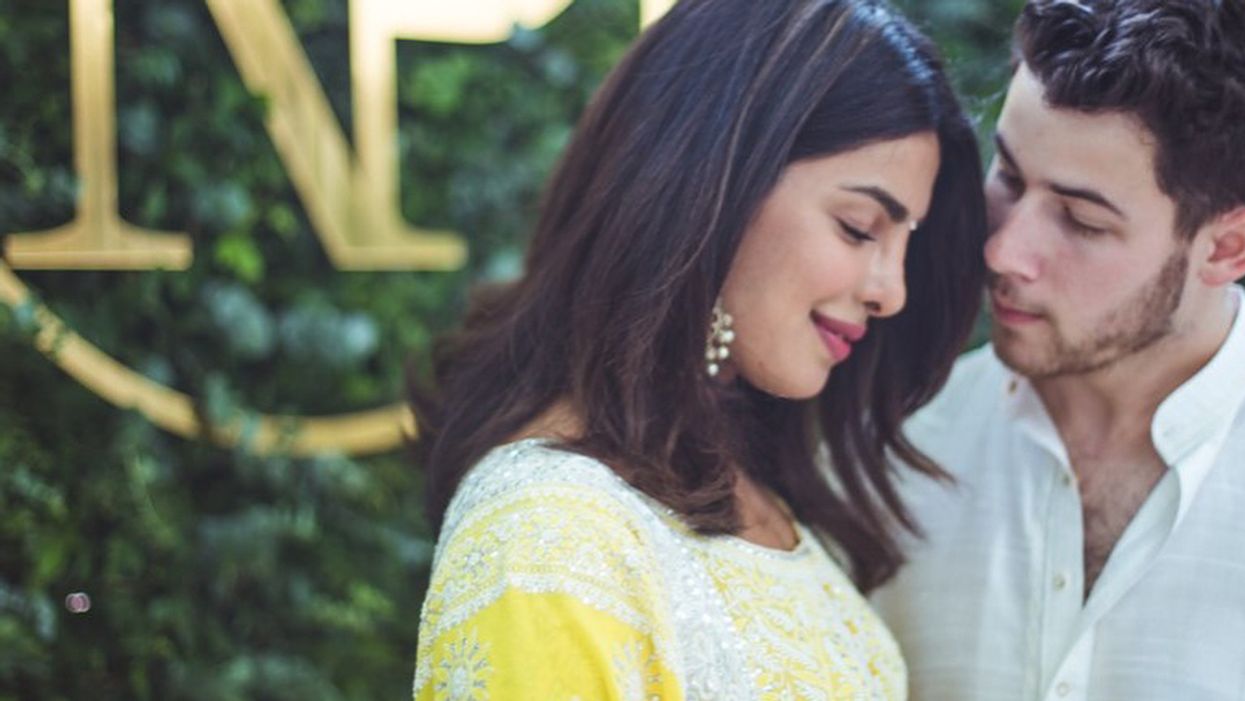 Two months ago, Nick Jonas left an adorable comment on Priyanka Chopra's Instagram and the rest is basically history.

Since then, the two quickly started dating and now they're one of the most talked about new couples in Hollywood. Priyanka, who is a legendary Bollywood actress, comes from India, Nick Jonas, who's American, found love and he's not letting her go. Weeks ago, there were rumours that Priyanka and Nick were engaged but both celebs didn't speak out on it at all! After weeks of wondering, Priyanka and Nick have both finally confirmed their engagement in the sweetest way.

In a traditional Indian "Roka" ceremony, Priyanka and Nick announced their engagement with prayers, their family surrounded by them and an epic party afterwards.

The only way to do this... with Family and God. Thank you all for your wishes and blessings 🙏🏼♥️🎉

Yesterday, they both shared photos declaring their love for each other on Instagram. The engagement ceremony and party took place in Mumbai, India. It looks like Nick's parents flew all the way from the United States to support their son and Priyanka's parents and family were also present.

Not to mention, there was an awesome party afterwards. On Nick's Instagram, he shared some photos and videos from the epic event. Firstly, he shared a photo of his father and Priyanka's bade papa.

In another photo, you can see Nick and Priyanka kissing the cheeks of Nick's parents. Nick's mom is in a traditional looking saree. The whole family looks elated to be celebrating their son's engagement.

Finally, Nick shares a video of himself, Priyanka and their friends dancing to music. It looks like they had an epic night full of love, prayers, blessings, family and lots of dancing!