You might need to sleep with the lights on. 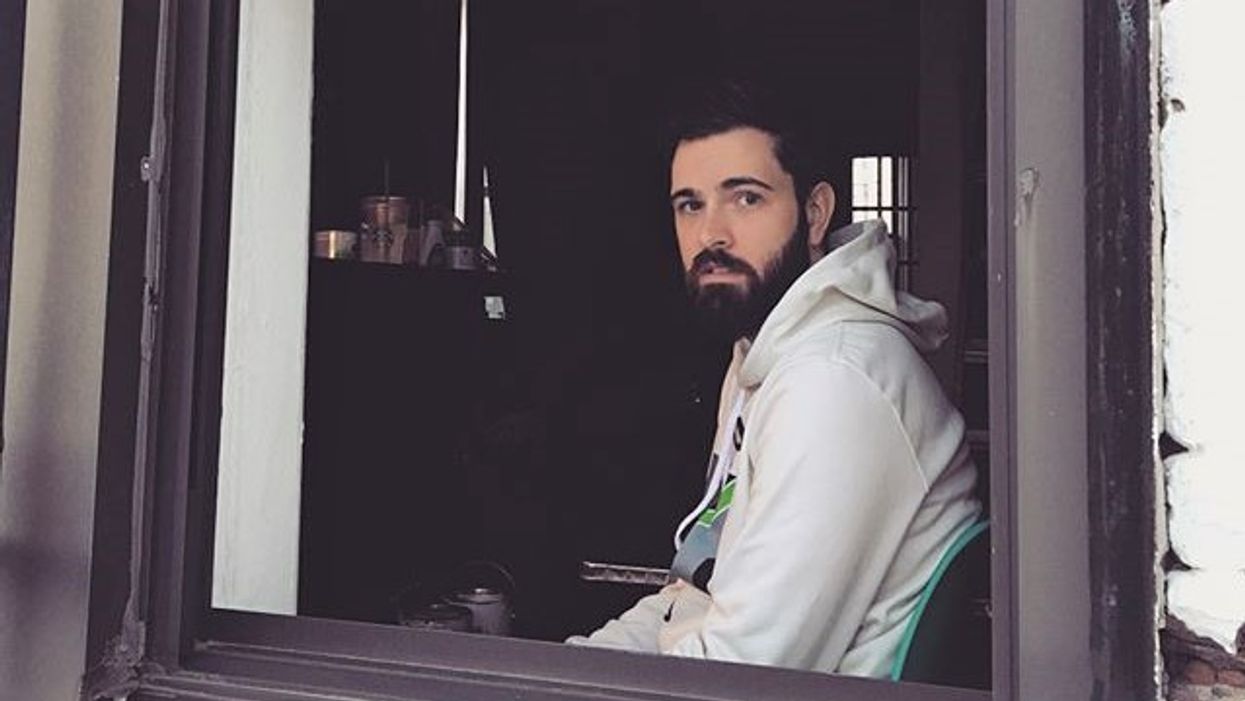 I won't pretend to be the most courageous person when it comes to anything scary, spooky, haunted, or condemned. As a matter of fact, I'm just the kind of person who'll run fast and far from anything that goes bump in the night. Except in this one instance- I couldn't help but get sucked into this story going viral on twitter and now I wish I hadn't heard it at all.

Adam Ellis, an author and illustrator took to twitter to explain the absolutely freaky phenomenon that was happening in his apartment at night. He starts his story saying "So, my apartment is currently being haunted by the ghost of a dead child and he's trying to kill me". Ominous, terrifying, and yes grossly intriguing.

It all started when Ellis initially had a dream of a little boy sitting on the green rocking chair in his bedroom. In his dream, Ellis was experiencing sleep paralysis (a condition where you are mentally awake but physically unable to move) and was therefore glued to his bed. In the dream, this nameless little boy lunges out of the rocker and scrambles toward the bed, startling the still paralyzed Ellis as the boy continues toward him. That night Ellis awakes screaming.

The next night he has another dream, this time not about the little boy but instead, it's a girl who approaches him:

I had another dream a few nights later, where I was in a library and a girl came up to me and said, "You've seen Dear David, haven't you?"

She continued, "He's dead. He only appears at midnight, and you can ask him two questions if you said 'Dear David' first."

Then she added, "But never try to ask him a third question, or he'll kill you."

And while two dreams around the same topic is a little strange, it's by no means cause for too much concern... except Dear David visited Ellis in his dreams again just a few weeks later.

Then, David came back in another dream. Same situation—I was in bed, and he was sitting in the rocking chair near the window, staring at me.

Now if we remember Ellis's dream with the girl in the library, she gave him some pretty specific instructions on how he should go about talking to little David. So what does he do once David appears? Obviously, he starts asking him questions.

I say, "Dear David, what happened in the store?" He groans, "A shelf was pushed on my head."

I'm frozen with fear. I ask, "Who pushed the shelf?" David doesn't answer.

Now if you know simple math like I do, you'd have realized that Ellis had asked David 3 questions... the one thing he wasn't supposed to do. So what happens next? Nothing - Ellis wakes up terrified knowing that he'd just royally screwed up.

Ellis then proceeds to Google everything he can about a boy named David who might have been killed in a grocery store but finds nothing. Around that time another apartment becomes vacant in Ellis's building and he jumps on the opportunity to GTFO of his haunted ass unit.

A couple months pass and Ellis is happily having nights of uninterrupted sleep. To him, this is a good sign that the coast is most likely clear. Right? Wrong! Turns out, Dear David was able to track him down.

For the past 4 nights, my cats gather at the front door at exactly midnight & just stare at it, almost like something is on the other side. pic.twitter.com/Y8nnVLv6b4

Last night I got a weird feeling and looked out the peephole, and I'm dead certain I saw movement on the other side.

When I opened the door and turned on the hall light, nothing was there, but my cats seemed unnerved. Bushy tails, etc.

You know that there's a theory that animals can sense evil or spirits around them? Yeah just keep that in mind.

Now for a long time, that's where the story has ended. But just when we thought the Dear David saga was over, Ellis confirmed that it very much is not. This week he tweeted out a story so freaky and messed up that it just seems too coincidental to be brushed off. For the third time in his life, he has had a dream featuring this tiny, terrifying little boy.

I had a dream that night where David was dragging me by the arm through an old abandoned warehouse.

I'm not sure why I didn't fight back in the dream, or how he was strong enough to pull me, but that's dream logic for you.

It was a creepy dream, but I didn't think much of it when I woke up. I took a shower, and then I noticed something.

I'd woken up with a huge bruise on my arm. pic.twitter.com/EakFRwX2iW

On his arm was a giant bruise that hadn't been there before he went to bed, but not one to jump to conclusions he brushed it off as something that must have happened the day before and went about the rest of his morning.

Then things truly start to take a turn for the fucked up. On his way to grab coffee (something he does every weekend) he notices that a very popular repair shop has shut down. It was often packed with items waiting to get fixed but that day there was nothing in the warehouse space. Well except for one lone green chair.

Now alone this might not be a big deal but put the pieces together and things start to feel eerie. On the same day that Ellis wakes up with a bruise from a dream where he's dragged into an empty warehouse by Dear David, he passes an empty warehouse with a green chair (like his green rocker in his bedroom) as the sole item in the space. When he passed the warehouse again on his way home from grabbing a coffee, he see's that the doors are closed up and have remained that way ever since.

Needless to say, I didn't sleep much that night. Too many strange things are happening, and more frequently.

Since posted, this story has been shared around 30 thousand times. Some people think this is just an elaborate joke, other think he truly is being haunted by the ghost of a dead little boy, and others - like myself - are following the story concerned and enthralled.

Believe what you want but if you find yourself being visited by a little boy in the night, make sure to remember how many questions you ask him.