These Instagram videos are going to make your day. 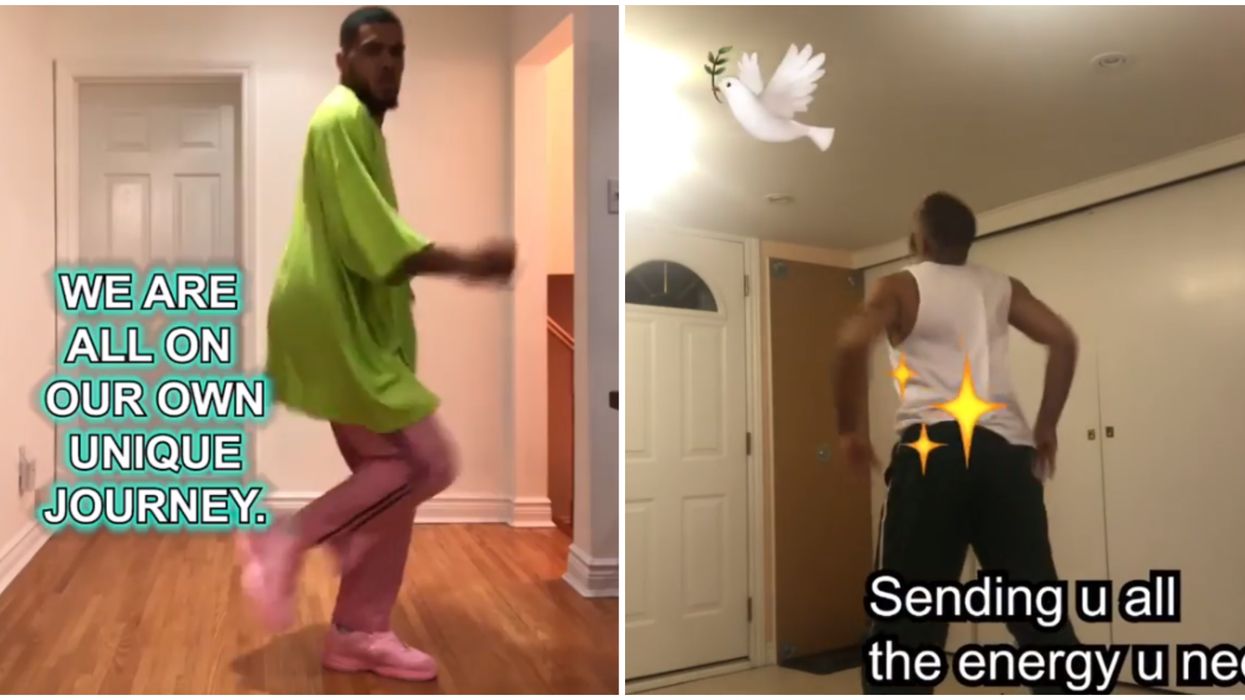 You've likely seen Donté Colley's videos around the Internet, but did you know he was Canadian?

I know. I wasn't that surprised either. After all, he's famous for being a motivational dancer. Sounds pretty Canadian to me.

I was unexpectedly proud, though.

READ ALSO: You Can Watch Ryan Reynolds' New Documentary In IMAX Theatres Across Canada This Weekend

TL;DR This epic Canadian dancer is spreading positivity across the Internet and the world is officially obsessed.

Since starting his motivational dances on Instagram last year, Donté Colley has taken the Internet by storm, getting attention from the likes of Buzzfeed, The Social and Good Morning America, to name a few.

The Toronto-born dancer is only 21 years old and has managed to go viral with several of his uplifting and motivational videos.

In the videos, which you can see more of below, he dances freely to jams from all decades, shooting emojis of love and positivity from his body.

Seriously, I wish I was as positive as this guy. The video above was Colley's post for Bell's #LetsTalk day.

It's easy to understand why he's gone so viral... everyone could use a little shot of Donté Colley in the morning.

According to Flare, the dancer works at Aritizia when he's not chatting and dancing with Busy Philips.

Colley has also been featured in Paper Magazine's recent list, "100 People Taking Over 2019."

He was also recently featured in an interview with Flare Magazine, where he opened up about his hopes for the future and his motivation behind motivating others online.

The Canadian apparently has plans to move to L.A. after finishing his digital communications degree at Guelph University.

The move makes sense since Colley is hoping to pursue his work in dance, perhaps one day dancing for one of his idols, Beyonce or Rihanna, on tour.

Other goals and dreams include creating a web series that focuses on mental health.

This seems like another great fit considering how uplifting Colley's work has been to over 600,000 people on Instagram.

In a world where so many people feel alone and struggle silently with mental health issues, it's nice to know there are random Canadians out there doing their best to make this world a better place.

I'm definitely rooting for him and I send alllllll that positive energy he's put into the world right back in his direction.