If 10 Things I Hate About You had a British baby with American Psycho, this would be it. 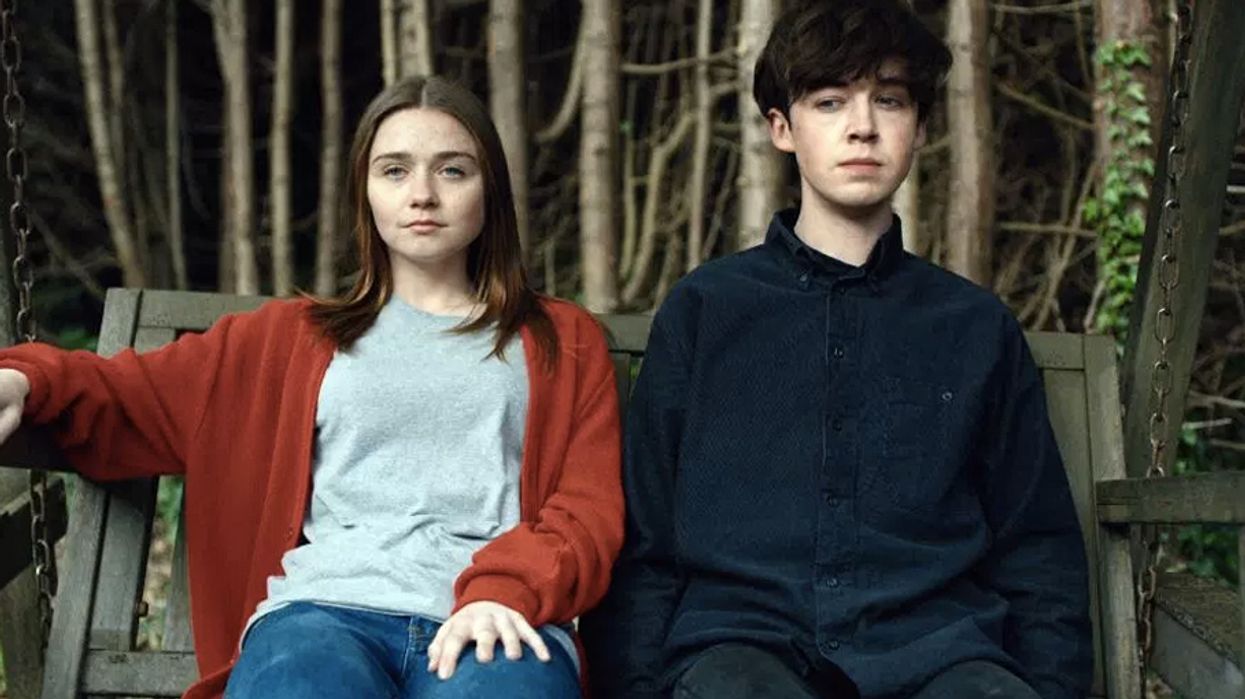 If 10 Things I Hate About You had a one night stand with American Psycho, this film would be their British baby.

The End of the F***ing World has been, well, everywhere lately. And if you haven't watched it yet, you definitely should - it just scored a perfect 100% rating on Rotten Tomatoes.

The series has been available on the UK's Channel 4 for some time now, but it's just been introduced to a wider audience on Netflix, and you're not going to want to miss it.

Based on Charles Forsman's award-winning graphic novels, the eight-episode series follows James (played by Alex Lawther, who you may recognize as the kid from Black Mirror's messed up Shut Up and Dance episode), a 17-year-old who thinks he's a psychopath, and Alyssa, a teenager with a general hatred for everything and no-bullshit personality. We learn more about the pair and their backstories as two set out on a road trip together.

Reviewers have been particularly impressed with the series since its release on Netflix last Friday, with Variety praising its "sharp, bloody intensity" and TV Insider describing it as "riveting... a binge made in adolescent hell".

If bad language and inappropriate behaviour don't offend you, then you'll definitely want to add The End of the F***cking World to your 'series to binge-watch' list.