This New Thriller On Netflix Canada Got A 14% On Rotten Tomatoes, But You Won’t Want To Turn It Off

Look Away is the newest thriller on Netflix Canada. 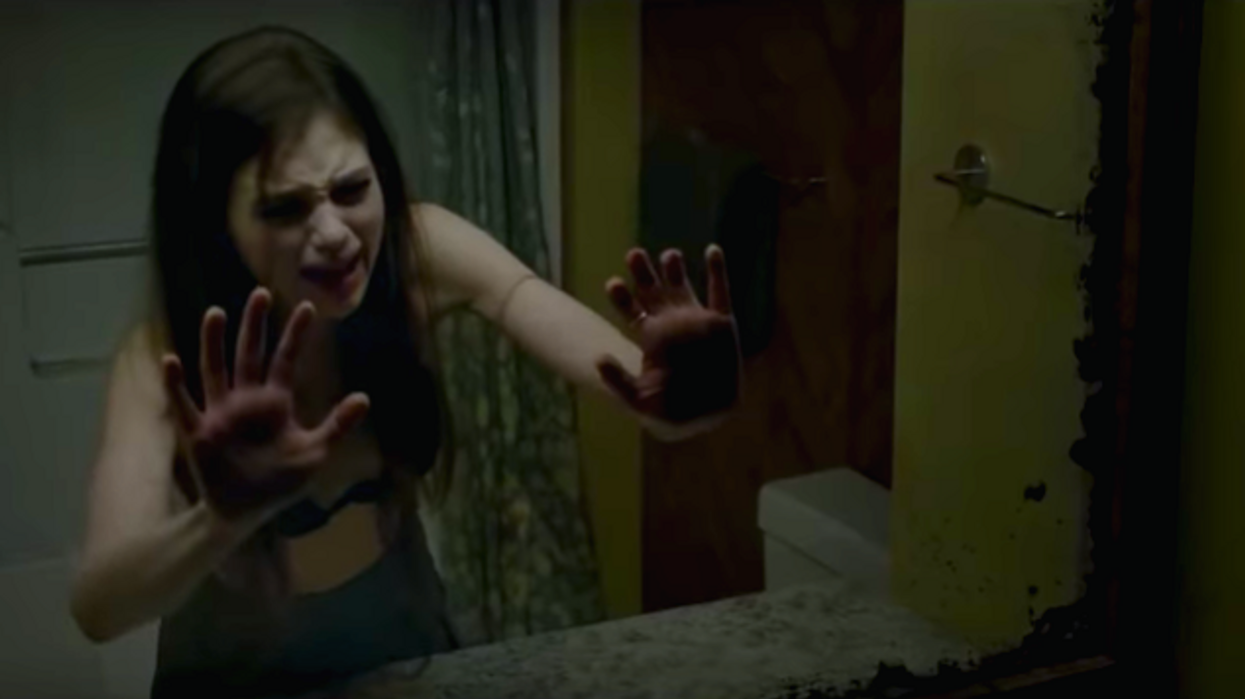 There's something about a teen thriller that just gets me. And whether it's bad or good, you always feel a little eerie afterwards. That's how I felt after watching Look Away. The plot is kind of messed up, and it's definitely not something you want to watch before bed.

Look Away is about a teen girl named Maria who is pretty much a loner. Her parents aren't sure what to do with her, as she always isolates herself. From the get-go, Maria looks unnaturally tired. Obviously, it's a thriller so the whole movie is super dark and sinister. Anyways, Maria gets bullied at school and for some reason, her reflection in the mirror is a darker side of herself.

This psychological thriller really brings bullying to a whole other level. While all of this is highly unlikely, it also shows you what bullying can do to someone. Also, Maria's family life is pretty unstable so her evil reflection 'twin' seeks out revenge to those who hurt her.

READ MORE: This New True Crime Documentary On Netflix Canada Is About A Daughter Getting Kidnapped Twice And It's Chilling

Although Look Away only got 14% on Rotten Tomatoes, the audience score was a lot higher at 73%. If you're looking for an easy movie to get through, this would definitely be it. You may turn it off halfway through, but the special effects may make it allll worth it.

You can watch Look Away here on Netflix Canada.