It’s one of the very few in the world. 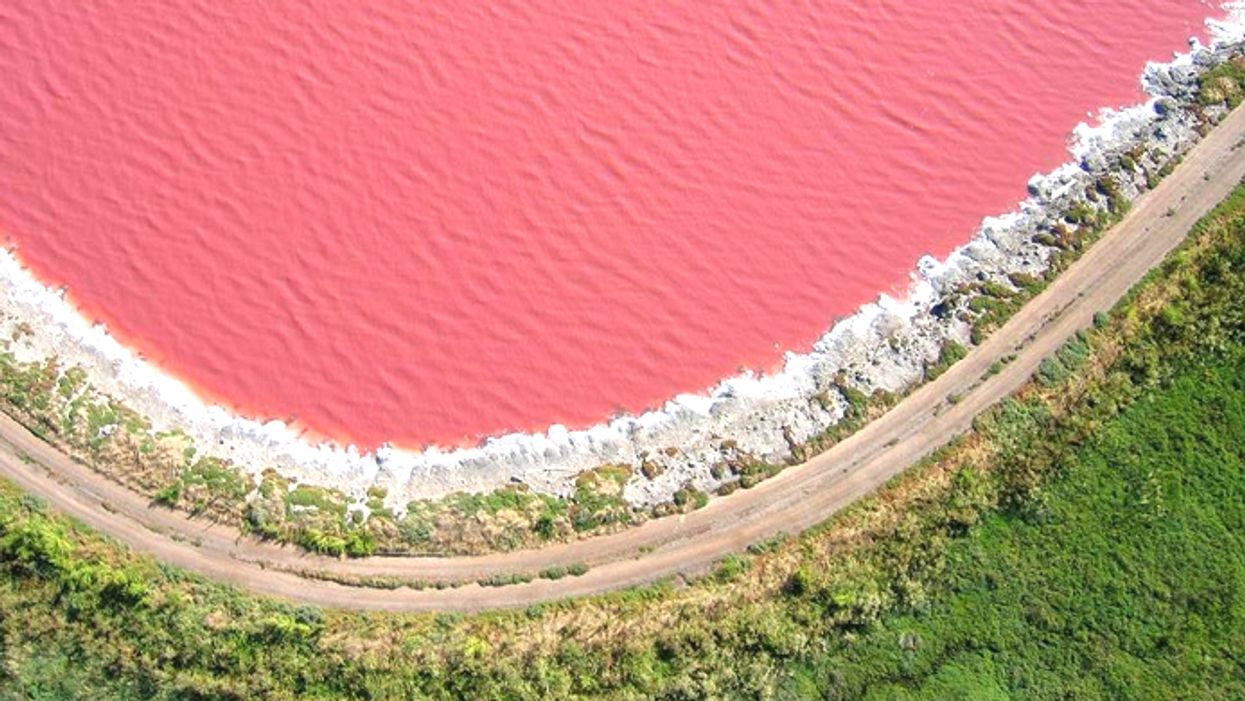 Canada is home to a pink waterfall, but did you know it also has a pink lake?

Dusty Rose Lake in British Columbia is so named because of it’s characteristic dusty pink hue. The colour results from pigmented particulates in the surrounding environment that find their way into the glacier waters that feed it.

Typically, other pink lakes are coloured as such because of the presence of saline-loving bacteria or algae, which produce pink pigments as a byproduct of their metabolism. In the case of Dusty Rose Lake there are no microorganisms whatsoever — in fact, the entire lake is actually anoxic (completely devoid of oxygen). This allows the lake to stay pink all year round, unlike Alberta’s Cameron Falls, which is also pink but only turns such colour during rare bouts of heavy rain.

The lake is found in the north region of Tweedsmuir Park in Bella Coola, on the east side of Thunder Mountain. Because it’s located in such a remote area, it’s often hard to access, however, many people still manage to make the trip every year; typically in the summertime.

Those flying from Vancouver Airport to Terrace may be able to get a good view of the lake if they are sitting on the east side of the plane.

Would you take the trip to Dusty Rose Lake?

*Disclaimer: The cover image in this article was used for illustrated purposes.