That's plenty of time for two people to get to know each other! 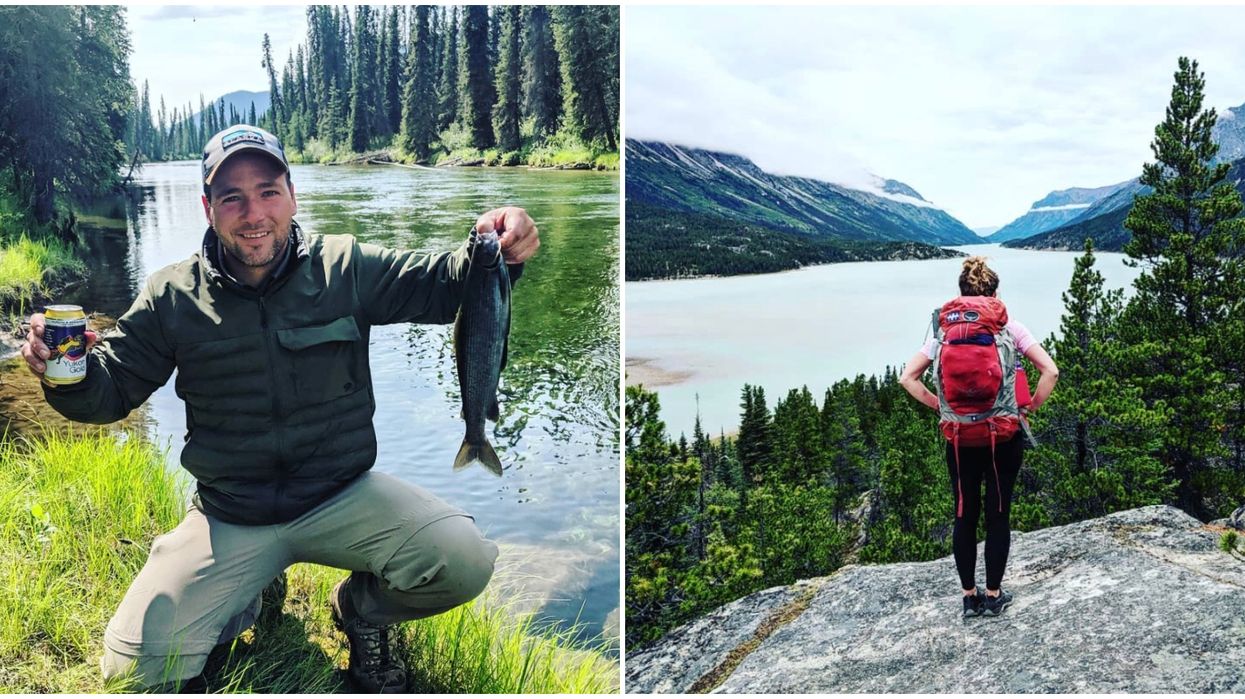 What do most people do on a first date? Coffee, drinks, maybe a walk through a nice park... Rarely do they do something as adventurous as Lory MacKenzie and Tess Astley, whose first Tinder date involved the famous Chilkoot Trail and a five-day hike.

MacKenzie, who lives in Edmonton, connected with Astley, who is in Whitehorse working as a nurse, through the popular dating app. She wanted to hike the 53-mile trail which spans across the border between British Columbia and Alaska, but was having a hard time finding anyone to go with her.

Meanwhile, MacKenzie was looking on Tinder for people outside of Edmonton. He connected with Astley when he began looking in Whitehorse, where he was headed for a few days. Astley pitched the idea to him, and the pair made plans to take on the legendary trail together. We spoke to Lory MacKenzie about his experience in pulling off one of the hugest first dates ever.

"I was initially surprised that Tess had suggested the hike so early in our conversation," MacKenzie told Narcity. "I thought that she must have been very adventurous to do so."

After the initial plan was made, MacKenzie said that everything came together very quickly. "The day after Tess made the suggestion, she had booked our park permits and camp spots so everything fell into place really quickly."

Most people would probably try to talk someone out of a first date as wild as this one, but MacKenzie said that he got a lot of support from his family, saying, "They know I can be a bit free spirited once in a while." As for his friends, MacKenzie said they were generally supportive. However, they "made a lot of jokes about all the things that could've gone wrong."

Astley and MacKenzie began the journey in Skagway, Alaska and headed north. Speaking with Dave White from CBC, Astley said that the weather was great for the entire trip, adding that the five days went by "pretty fast because it was our kind of first time [getting] acquainted, so we did have lots to talk about."

In a strange twist of fate, MacKenzie and Astley actually discovered that they were both from Edmonton. Astley told White, "We actually live five minutes apart."

MacKenzie and Astley have been doing their own traveling since their epic first date, and MacKenzie added, "We've decided to meet up on the 30th to hang out again."

So next time you're trying to figure out what to do on a first date, why not suggest a five-day hike through wild terrain? Or maybe just coffee.