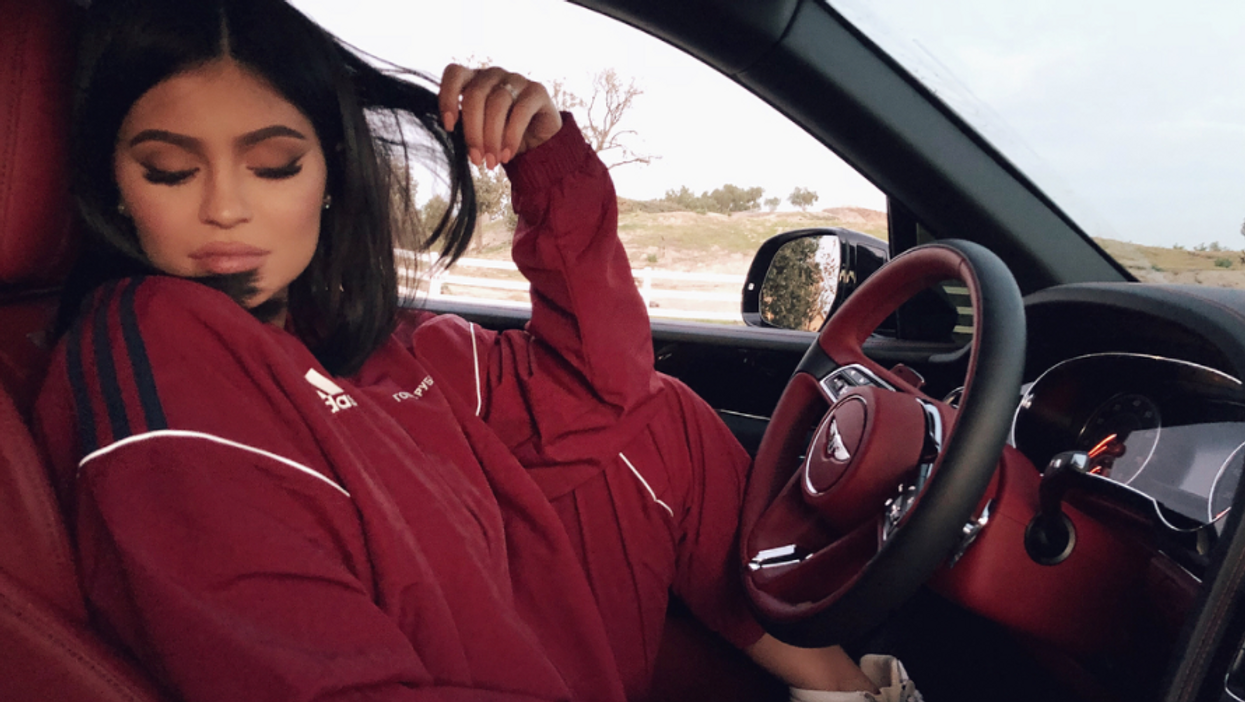 It's no secret that Kylie is making some serious moves these days. First her lip kits, then a successful full makeup line and now she's a mom?! It's clear that life is moving fast for the 20-year-old social media mogul but after she broke the internet last night with her first photo with her new baby girl Stormi, fans realized something shocking.

At first glance, it just looks like Kylie in her staple outfit of sweatpants and sneakers with Stormi in her arms. Though when fans looked closer they noticed she had a ring on her ring finger. Further fuelling the rumours that both her and Travis got married on the low before Stormi was born. While nothing has been confirmed just yet, these days Kylie isn't the type of Kardashian to kiss and tell without making us wait months on end. So the rumours could definitely be true, but if that's the case- expect 8 months of "is she or isn't she?!" news all over your timeline... yet again.