A thrilling adventure in the north. 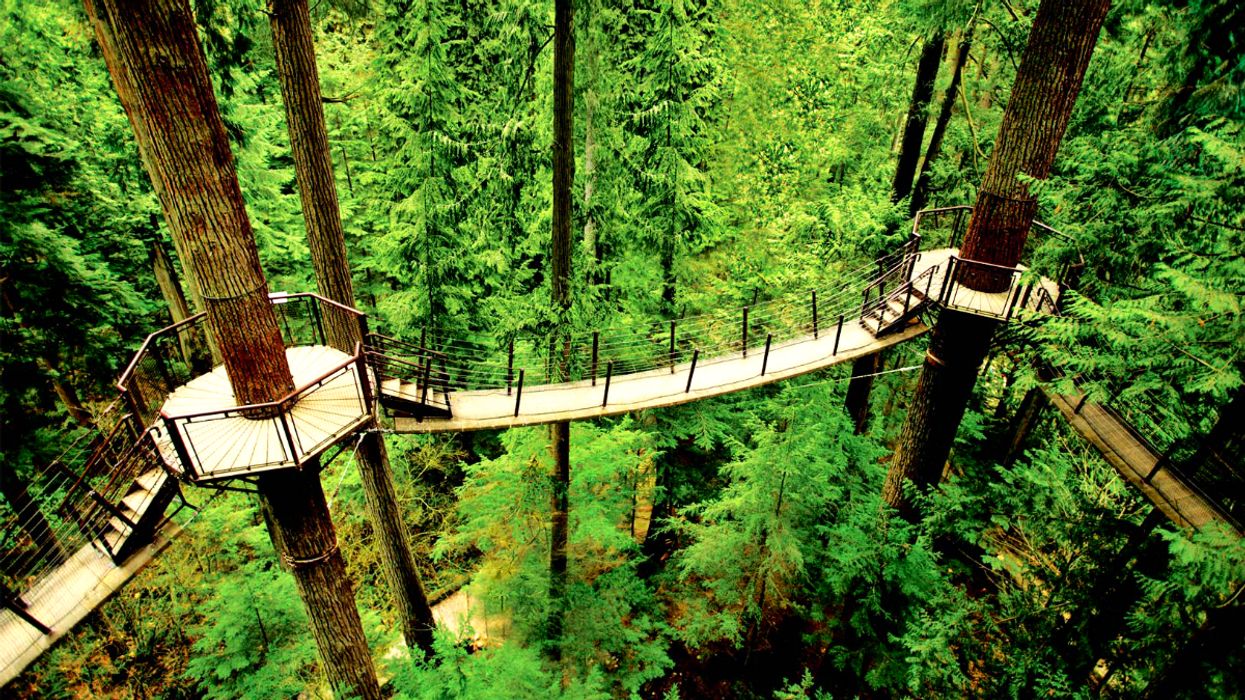 One of the most unique attractions in Canada will let you roam high up in the canopies of a towering rainforest.

READ ALSO: This 1-km Boardwalk Wraps Around The Edge Of An Ancient Mountain In Canada

Capilano Suspension Bridge Park is a 27-acre wilderness adventure destination tucked away in the district of North Vancouver in British Columbia. Its main feature is a beautiful suspension bridge that stretches 450 feet across a massive canyon in the deep of the woodland. Since it was built in 1889, the bridge has been crossed by millions of daring visitors from all the world. The park is especially busy during the Christmas holidays, when the entire area is transformed into a winter wonderland with hundreds of thousands of colourful lights.

But there several other things to explore at the park aside from the Capilano Suspension Bridge — there's also a Treetops Adventure on site, which consists of a series of seven suspension bridges attached to eight, 30-ton, 250-year-old Douglas-firs. The attraction has won awards for its incredible design, which allows the trees to continue growing despite being attached to them. Visitors can walk freely between viewing platforms attached to a special tree collar system that uses no nails or bolts that would harm the trees. The bridges go as high as 110 feet above the forest floor and the views from the top are nothing short of spectacular. You can choose to explore the area on your own, or join a guided nature tour to learn more about the park as you go along. After you've strolled through the Treetops Adventure, you can also go on a Cliffwalk around a granite edge above the Capilano River, explore the Story Centre, or walk on boardwalk trails that cut through the nearby rainforest.

Admission is $43 per adult and all attractions are included in that price. Visit Capilano Suspension Bridge Park this year and try out the Treetops Adventure!