You can visit the place where the incident actually occurred! 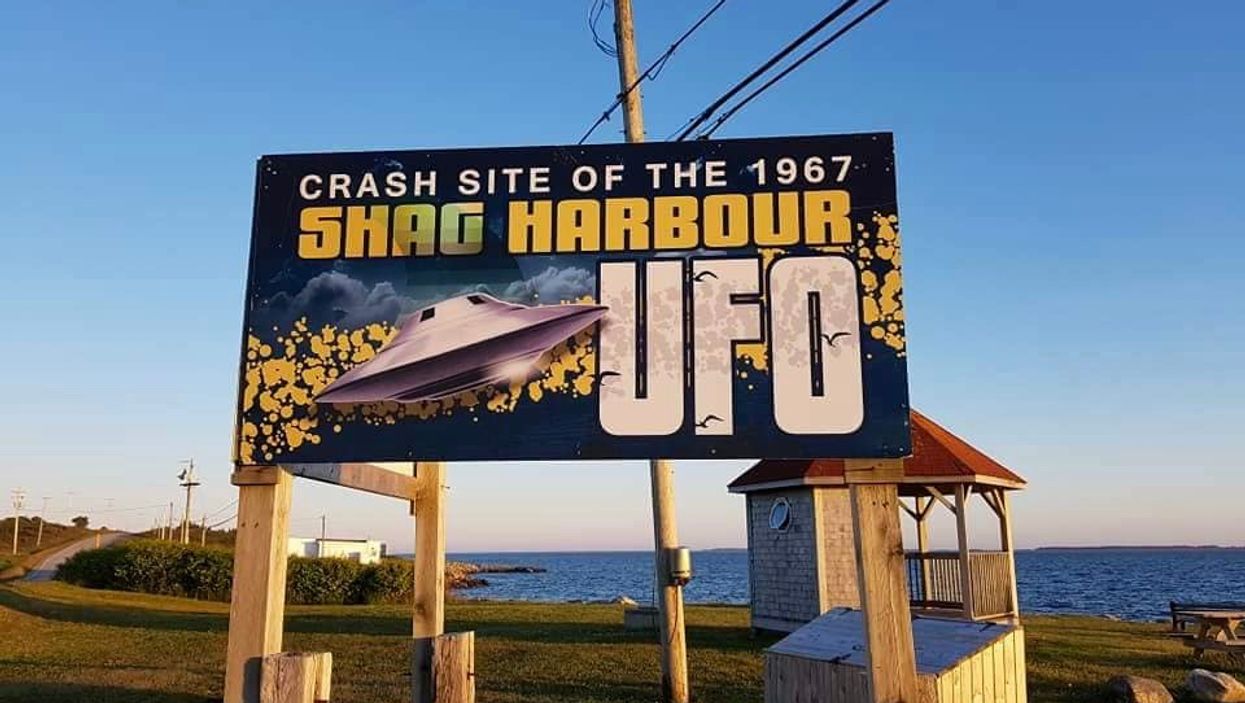 We all know about UFO's. We're constantly entertained by them, with movies and TV shows dedicating millions of dollars every year to make the next best alien film.

Though the UFO incident in Shag Harbour is unfortunately not the plot of a Hollywood blockbuster, but an actual report that was investigated by the Government of Canada and remains an unsolved case to this day. It all started on the night of October 4, 1967. Throughout the years, there have been several witnesses describing the incident, though they all tell of the same sequence: it began with strange orange lights flashing in the sky, which they then began to head towards the harbour. There was a loud bang and a crash, when a local resident then contacted the RCMP about an object floating in the water.

Assuming it was an aircraft, RCMP officers arrived at the scene. The object, although, had already begun to sink, leaving yellow foam in it’s wake. A rescue mission was quickly intiated, with both the RCMP and local fishing boats searching for survivors. To their surprise, nothing was found - no bodies or even debris.

The next morning, the Halifax rescue centre sent a priority message to the Royal Canadian Air Force, informing them of the incident. No aircraft was missing from Halifax's base, and so initial explanations of the crash were dismissed. Due to this, the incident was officially labeled as a “UFO Report." A diving unit was then assembled a few days later to search the seafloor of the Gulf of Maine. The final report said that no trace of an object was found, though the case doesn't exactly end there.

There remains other reports of what happened after the crash, some of which include an account of a second UFO - though whatever happened that night, the small village of Shag Harbour was suddenly thrust onto the world stage.

The area is now home to various attractions dedicated to the UFO sighting:  a UFO Centre, which holds TV documentaries and newspaper clippings, a gift shop, and a gazebo and picnic site near the water that the object had crashed into.

The village also holds a UFO festival every year, and even has bus tours. For more information, you can check out the the Facebook page of the Shag Harbour UFO Incident Society.