Challah at your girl. 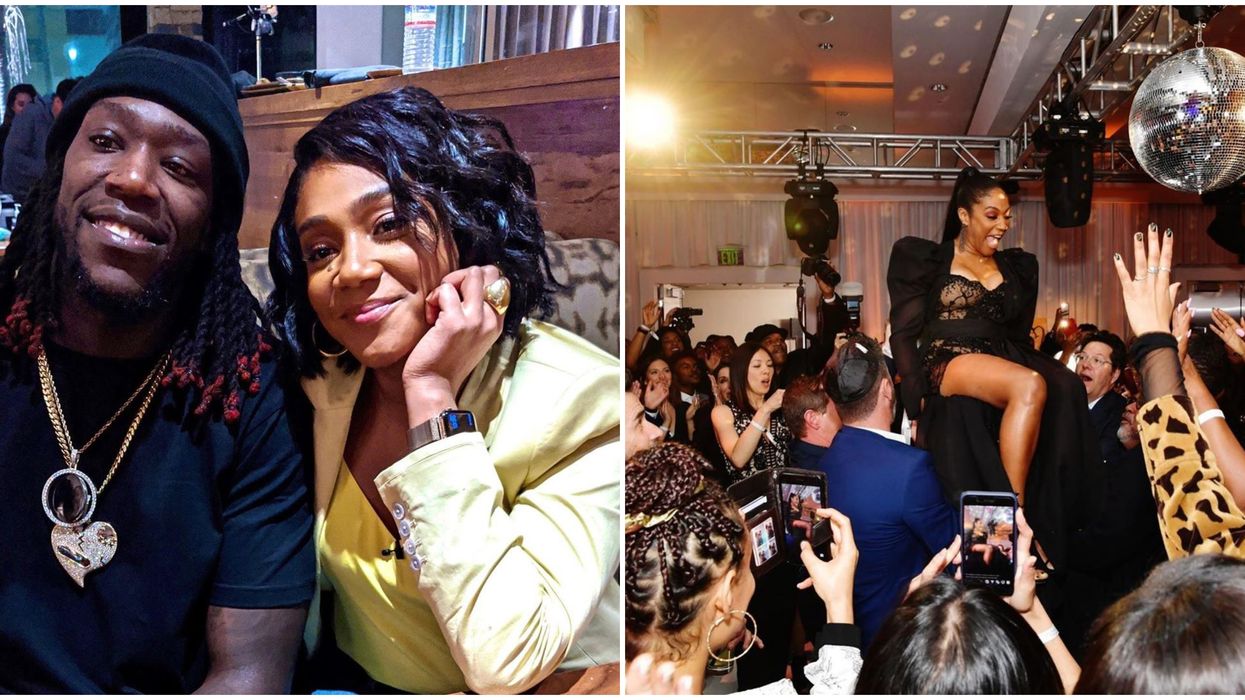 What do you do when you have three major life events to celebrate all at once? The answer is easy; throw the most kick-ass party. If you haven’t Googled ‘Tiffany Haddish Black Mitzvah Birthday’ yet, you’re missing out on a whole lot of fun. The star threw a three in one party to celebrate her milestone birthday, Jewish heritage, and the title of her new Netflix special, Black Mitzvah, that dropped yesterday.

Her party went down at the beautiful SLS Hotel in Beverly Hills and included a star-studded guest list. Big names like Jimmy Kimmel, Kevin Nealon, and Sinbad were all there to help her celebrate. Even Sarah Silverman’s sister, a rabbi, oversaw the special service.

The theme of the big day centered on her new Netflix special. It’s a 55-minute stand-up comedy about turning 40 and discovering her heritage. And yes, true to Haddish, there's plenty of singing, dancing, and raunchy humor to go around.

If you didn’t already know her background, Haddish learned that she was Jewish pretty late in life. She actually became interested in her heritage after meeting her father, an Eritrean Jew when she was twenty-seven years old.

In an interview with Hey Alma, Haddish said, “For a long time, I didn’t even know black Jews existed. I didn’t know anything about Judaism for a long time.”

As she celebrated her special day last night, she was all smiles. Haddish wore a long, glittery black dress and took the time to snap pictures with all of her friends.

At one point in the night, she was even hoisted up to crowd-surf. We're loving it. Just take a look at this epic photo.

And the dancing was iconic. The girl's got moves.

Haddish rose to fame shortly after her 2017 role in the blockbuster comedy Girls Trip alongside Regina Hall, Queen Latifah, and Jada Pinkett Smith.

The movie centers on four best friends (aka the Flossy Posse), who’ve grown apart over the years. When one of them is offered the position of a keynote speaker at a music festival, she decides to bring her friends for the ultimate girls’ trip.

This week, she showed off some Hebrew that she learned while on “The Tonight Show With Jimmy Fallon.” We haven't seen her Netflix special yet. But it's safe to say we know what we're doing with our Friday night.