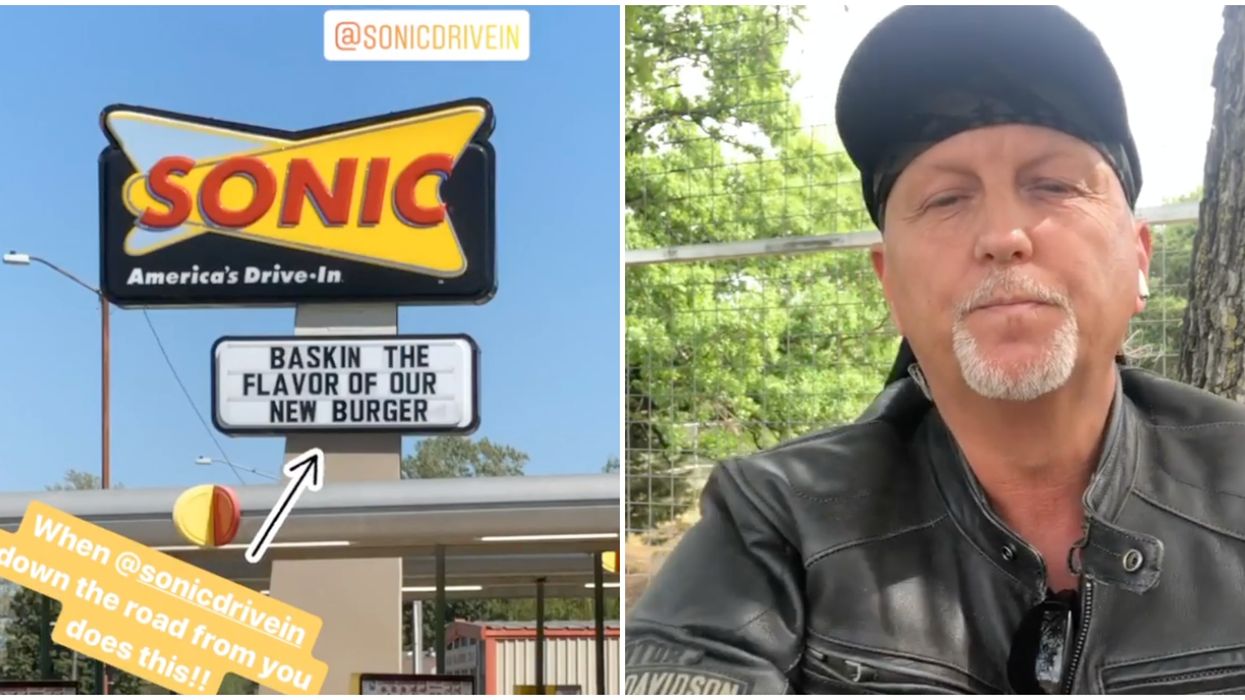 Among the rise of the popularity of Netflix's Tiger King, it seems as though the public has agreed that one individual from the show is disliked more than the rest: Carole Baskin. With Joe Exotic being behind bars, we're hearing much less about Baskin than we would if he weren't, though Tiger King's Jeff Lowe seems to be picking up the slack. Most recently, a Sonic nearby his zoo in Oklahoma referenced Baskin, and he took to Instagram to share his thoughts.

Earlier today Lowe took notice in a Sonic's billboard just down the road from his zoo that had "Baskin The Flavor Of Our New Burger" printed on it.

This is obviously referring to the Tiger Queen herself, though we're not sure if it's negatively, or positively.

Lowe seemed pretty amused by this, especially since the Sonic is so close to his zoo. According to what he had to say in his story, at least.

We're sure whoever had the pleasure of driving past that particular Sonic got a good laugh out of the sign, we know we would!

Lowe captioned the post on his zoo's story with "When @sonicdrivein down the road from you does this!!" and proceeded to tag the drive-in not once, but twice.

If there was a time to make any marketing changes, it was definitely now.

According to the zoo's bio the opening date for the new-and-improved area is set for this summer, but, due to the coronavirus, we're unsure if this is still attainable.

Let's see if the name change, as well as the Sonic advertisement, sticks!