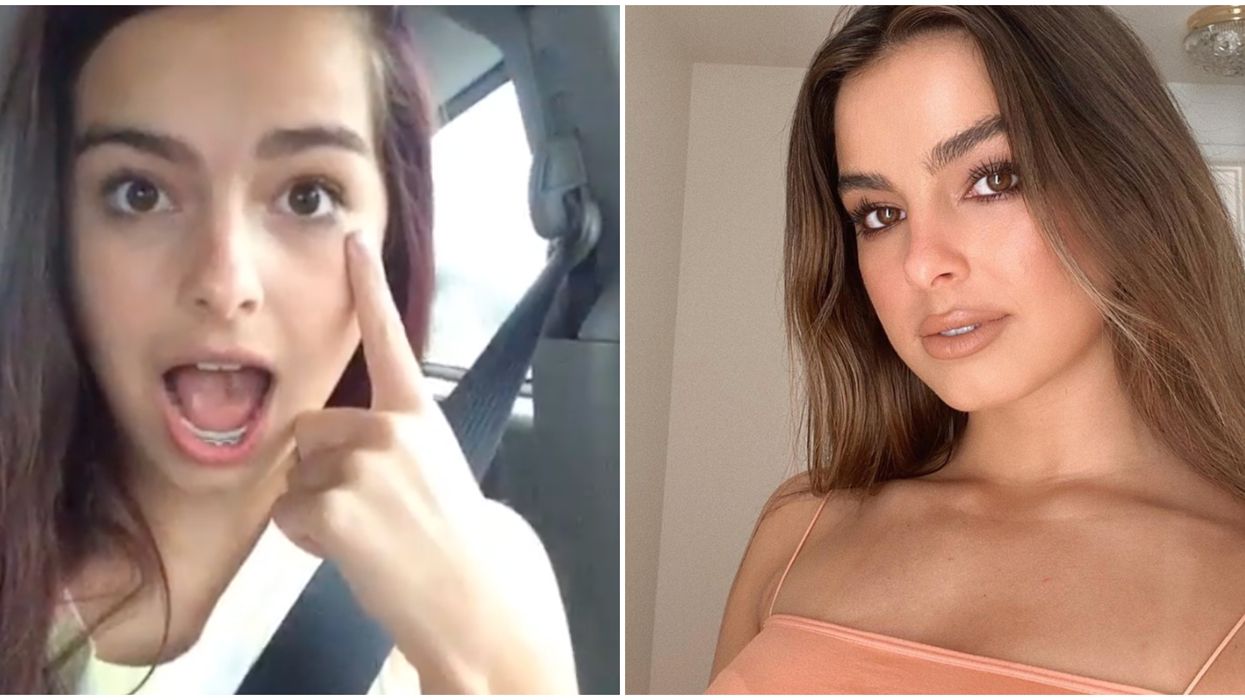 Boredom can definitely get the best of us at times and as a result, we may end up sharing or posting things that we regret later. This might be the case for TikToker Addison Rae, who's currently social distancing in Louisiana, a state many of her friends, such as members of the "Hype House," are not in. The many hours of boredom have led Addison to post old Vines of herself which are very different from her current day TikToks.

Addison's rise to fame, as most know, is all thanks to TikTok. The app lets people create short videos of just about anything, whether it's of themselves dancing, acting out funny skits, or doing something artistic.

The similarities between the old app Vine and the current sensation TikTok are undeniable. Though, thanks to Addison's most recent Instagram posts, we can see now that she only recently became cut out for the internet.

Addison is arguably most known for dancing in front of the camera for TikTok, and sometimes she even includes her mom!

Sheri Easterling, Addison's mom, has a TikTok account of her own as well as other members of Addison's family.

While we could spend all day watching the Easterling family do their thing on TikTok, Addison's old Vines are definitely worth a watch.

Addison captioned the above video with, "vine stars have left the chat."

The footage shows someone off-screen interrupting her by yelling, "Addison!"

While that's not much, anyone who enjoyed Vine back in the day knows that even a few seconds worth of footage could get you a long way.

Next up was a series of videos with "just Viner things" as the caption.

Each video shows Addison at different points in her life, but, clearly enjoying herself.

Before posting any of the 6-second videos to her Instagram, Addison proved Vine was on her mind. The post above is captioned "vine references only" and is a series of photos of her looking bored at home.

Keep the old Vines coming girl, we all need a good laugh right about now!