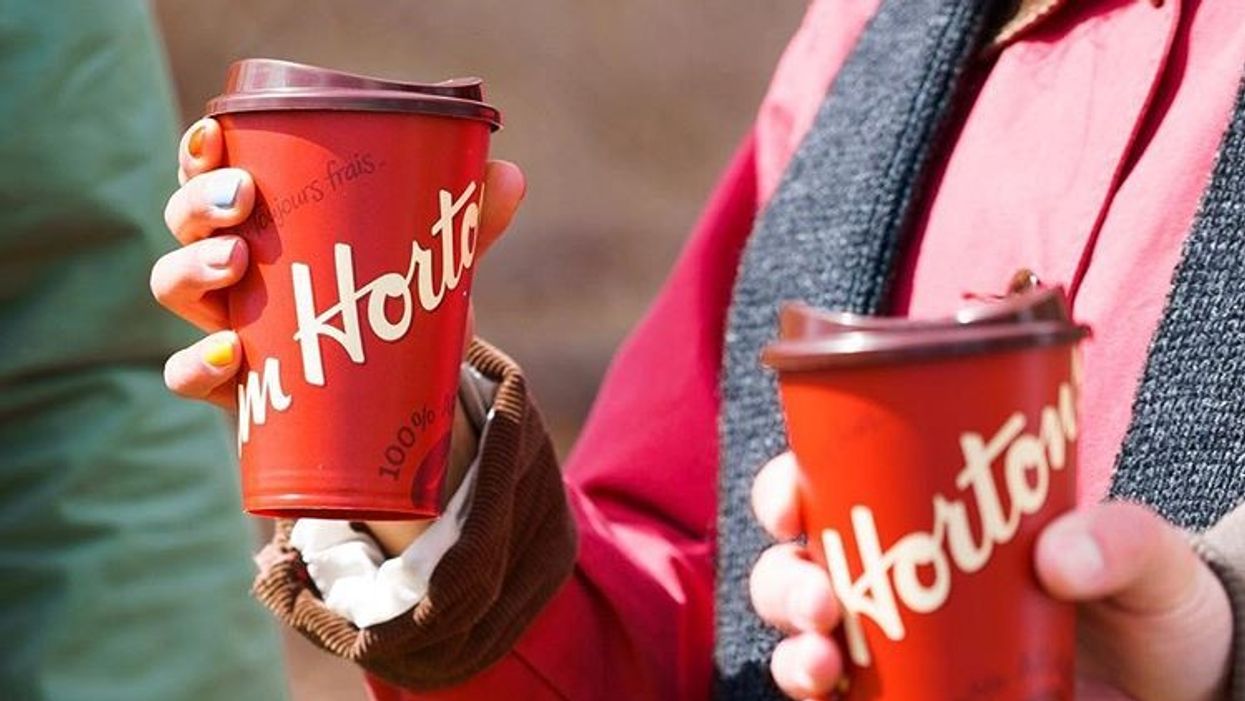 After promising to introduce new, spill-proof lids back in the summer, Tim Hortons is finally rolling out the new products across the country. Brand new lids have now been spotted from Edmonton to Oakville and numerous places in between.

People were very excited when they first heard the news, but now that the lids are actually here people are super divided. While some people love the cute, patriotic look of the lids, others are saying they suck just as much as the old ones.

The lids are similar to McDonald's lids, with a small square drinking hole, a raised lip, and also feature a maple leaf design keeping with Tim Horton's super Canadian branding. Some people have welcomed them with open arms.

One Reddit user shared their excitement when they got a coffee with the new lid in Wingham, Ontario. Not only did they praise the lid's design but they also said the seam of the cup was really tight and they had no leaks at all.

Other people have expressed excitement about the lids on Twitter. On the flip side, other Twitter users who have also tried out the lids are less than impressed.

From Edmonton to Oakville, people have complained about the brand new lids. One person posted of video of the new lid still leaking while another went as far as to say they would rather wash and re-use the old lids.

New Tim Horton’s lids literally have me washing and reusing the last of the good old ones. #bringbacktheflap @TimHortons

@TimHortons your new lid is still the worst in the industry. This is on the counter as served at your Oakville head office location. This is ridiculous. Get better lids! pic.twitter.com/FjXP7705Z0

People are still super divided over whether these new lids are actually better, but what they can agree on is that they're long overdue. In places where they still haven't updated the lids, customers are still anxiously awaiting for even a chance that they won't spill their coffee every single day.