I followed my nose to get one. 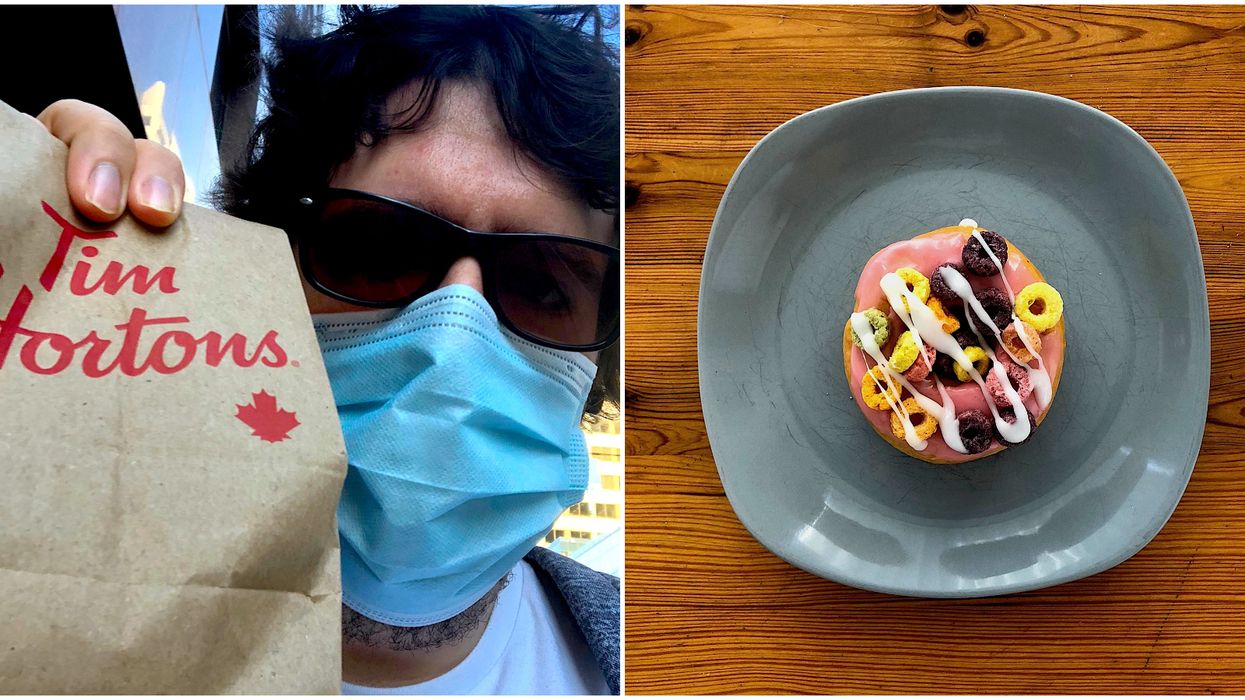 Even in our current situation, the pastry world is seeing new innovations. The Tim Hortons Froot Loops donut is just one such example. While it definitely sets off some nostalgia alarms, how does it hold up in the taste department?

I threw on my mask and braved the outside world to head to my local Timmies and pick up one of these colourful new treats.

Taking the donut out of the paper bag, the first thing I noticed was the actual amount of cereal pieces on this thing.

You might think that there'd be a pretty sparse sprinkling, but instead, you get a whole bunch, at least two spoonfuls worth.

Aesthetically speaking, the donut is easy on the eyes. The pink icing and multicoloured loops go pretty well together, and the little bit of white drizzle on top is a nice touch.

Unfortunately, unlike the other dream donuts that Tim Hortons has for sale, this one doesn't come with any extra features like a dulce de leche filling.

The only thing in the middle of this pastry is a hole, so that's a little bit disappointing.

So how does it taste? That's the real question, and honestly, anyone looking for this to hit one extreme or another on the flavour spectrum might be a bit disappointed.

This donut is fine. That's pretty much it. The actual pastry is your standard Timmies affair. Only the toppings differentiate it from a chocolate or maple dip.

The pink icing has a nice fruity note to it, though, rather than just being the standard vanilla with some extra colour.

However, the real surprise is the loops themselves. Rather than being stale, they still had a nice crunch to them, like they just came out of the box.

If you've got $2 to spare, you can do a lot worse than one of these donuts. It might not exactly be a "dream," but it's also not a nightmare. It would probably go well with a cup of coffee (or better yet, a glass of milk).