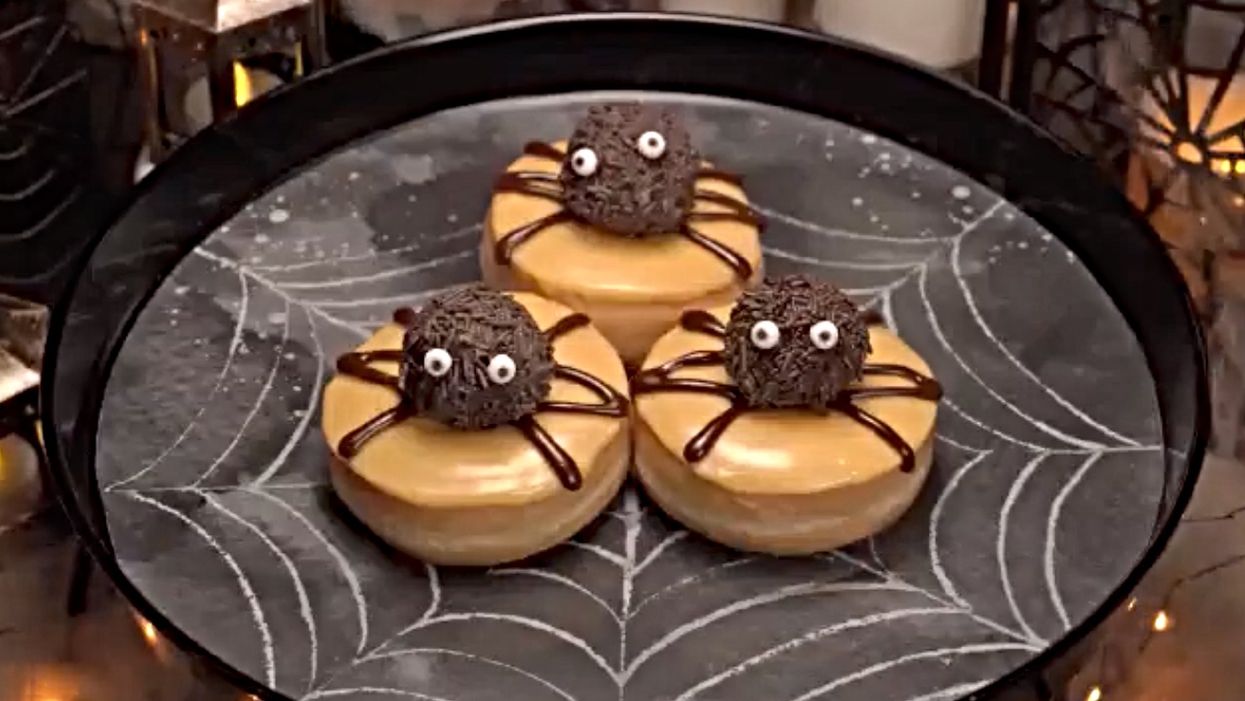 If you're looking for a spooky treat this Halloween season, Tim Hortons has you covered. Earlier today, they released a new "Spooky Spider Donut" just in time for Halloween and Canadians are loving it.

The donut will only be around for a limited time, so don't miss your chance to grab one of these adorable treats. The donut seriously looks like a spider and has a chocolate Timbit on top of the donut hole, as well as two eyes and legs are drawn on with chocolate.

Unlike some of the other creations from Tim Hortons lately, like their smile cookies, people are already loving these donuts. You can get your hands on your own spider donut right now by heading into a Timmies near you. Check out some of the Twitter reactions from Canadians who are impressed with the new Halloween treat.

So @TimHortons has this Spooky Spider donut on sale. I didn't realize until SRaL pointed out that they don't have eight 'legs'Really cute+creative though. pic.twitter.com/pUbuuM3Uqr

I'm not a fan of spiders but these ones... 😍❤ timhortons #happyhalloween #spider #donut https://t.co/v8FVxzQakp My timhortons spider donut looks like it’s about to break out into a Disney song. @ YYC Calgary International Airport https://t.co/XH7OenFQGq Canadians are gushing over the Spooky Spider Donuts. Tons of people are calling them super cute and adorable, and many have taken their love to social media, posting pictures of the Halloween themed treat.

Halloween season always brings some good times around, and we're stoked to try this new spooky treat from Timmies.