We have all the exclusive deets! 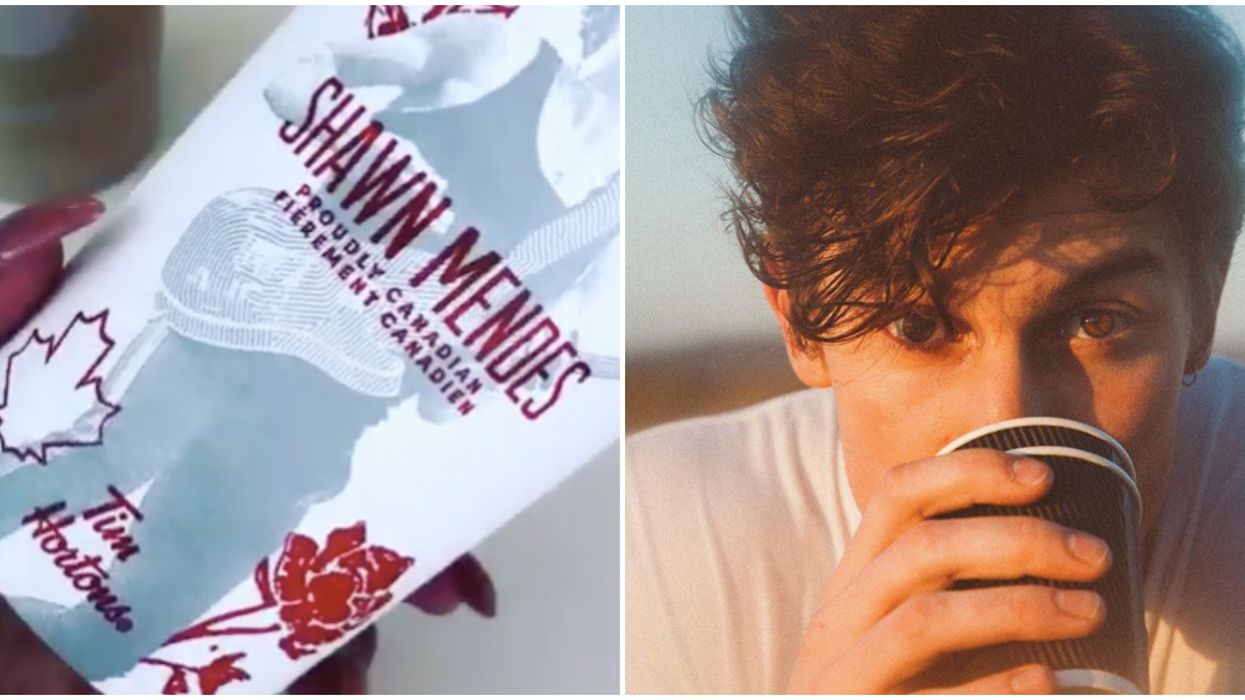 It's impossible to think that Tim Hortons could get any more Canadian then it already is, but they are doing something that will take their Canadian-nes to the next level. Shawn Mendes is Canada's hottest artist right now so who better than the Toronto native to be featured on limited-edition Tim Hortons Coffee Cups. Tim Hortons Shawn Mendes cups are breaking the internet.

Yes, the singer is officially getting his own Tim Hortons cup. Narcity is the first to report that the cups will be available at select locations across Canada starting Friday, August 30, according to Tim Hortons.

The campaign is called "Home is Where the Heart Is" and celebrates Shawn's Toronto roots.

“I’m so excited to launch this incredible campaign with Tim Hortons in celebration of my homecoming Toronto show," Mendes said of the campaign. "Tims has been a part of my life since before I can remember and I'm so proud to share my love for this Canadian tradition.”

Photos of the cups posted on social media show that the white and red cups feature a picture of Mendes rocking out on his guitar surrounded by our iconic maple leaf.

Underneath the Tim Hortons logo is also their well-known catch-phrase, "Proudly Canadian."

The Tim Hortons x Shawn Mendes cups are available with any small, medium or large hot beverage until September 6, or while supplies last.

There will also be Shawn Mendes reusable ceramic cups sold at participating Tim Hortons restaurants in the Greater Toronto Area.

Paloma Azulay, the Global Creative Head of Tim Hortons, said that Mendes was the perfect fit for a limited edition cup because of his "deep personal relationship with Tim Hortons since his childhood" and that they're "proud to share his Canadian origins with the world.”

In addition to the cups, they produced an adorable video showing Shawn's journey to fame.

In the video, Shawn is back in his hometown of Pickering, Ontario and can be seen paying for a little boy's hot chocolate. Of course, his name is also Shawn.

While Tim Hortons doesn't break from their traditional cups unless it's for special occasions and holidays, this isn't the first time a Canadian icon has been on the cup.

Just a few months ago, Timmies released limited-edition cups with NHL mascots on them. Which cup would you prefer?!

Shawn Mendes has talked about his love for Tim Hortons before.

Back in 2014, he tweeted the company and asked if they would "deliver a warmed up chocolate chip muffin" for him.

At this point in his career, they absolutely would.

All I have to say is you'll know where we'll all be getting our Friday morning coffee. Starbucks who?