The Internet Is In A Heated Debate On Whether It's Called A Timbit, Munchkin, Or Donut Hole

We know they're called Timbits, right? 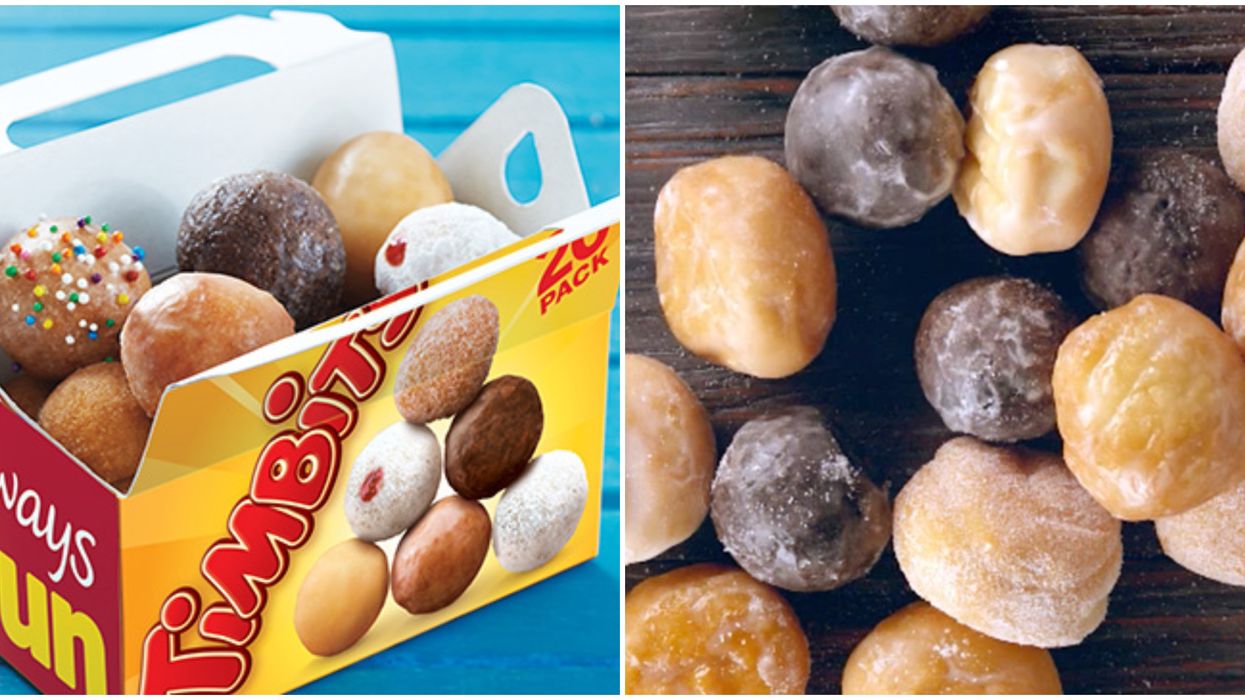 Some days, the world wakes up and seems to function in what feels like perfect, glorious harmony. The sun will shine, the birds will sing in the trees, and the coffee will taste delicious. Everything will feel right in the world. Alas, on other days, one single, simple, tweet can send the whole planet into turmoil. A solitary question that could be the catalyst for global wars, the cause of broken-down international relations. The question... Timbits Vs Munchkins: What do you call these?

The ‘these’ that the question refers to is a spherical, bite-sized, fried-dough snack. Like a tiny, sphere-shaped donut, without the hole. These delicious, mouth-watering tasters of heaven are apparently sold worldwide, under a number of weird and wacky aliases. In one simple tweet, an unexpecting Twitter user triggered an international debate as to the truly ‘correct’ name of these treats, by simply asking, “quick what do u call these?”

For those in Canada, the answer was simple: Timbits. The donut-type snacks are sold in Tim Hortons locations Canada-wide, and in the all-knowledgeable Timmies, they are referred to as ‘Timbits’. Therefore that seems like the only plausible name for them. That's why many Canadians were quick to reply to the tweet with the, seemingly, obvious answer.

One Canadian user got into a full-blown debate with another user about the origins of the snack, strongly believing that the donut balls were born in Canada. “...They’re actually called Timbits. Prepare to have YOUR kneecaps boiled in the name of Canada.”

Another went all-out Canada on the topic and wrote, “They are called Timbits. If you call them something else I will kindly duel you at dawn where the beaver and moose cross the maple syrup farms.”

@nctrepIay They are called Timbits. If you call them something else I will kindly duel you at dawn where the beaver… https://t.co/3NanTyjszm
— Bunsen and BEAKER (@Bunsen and BEAKER)1564355297.0

Despite the initial confidence from Canada, other international users were quick to get involved with the debate. Dunkin’ Donuts fans from across the world were on hand to remind everyone that the popular donut chain refers to the treats as ‘Munchkins,’ and that seemed to be a popular name suggestion from those located in the U.S.

In fact, one user went as far as to say, “There’s no fucking hole in the donut it’s a smaller version of a donut it’s a fuckin MUNCHKIN.”

Even the user who wrote the original post replied to her own question saying, “munchkins correct answer,” before adding, “i started a munchkins vs timbit fanwar... donut hole stans just sitting.”

@shadowdumby @nctrepIay There’s no fucking hole in the donut it’s a smaller version of a donut it’s a fuckin MUNCHKIN
— Kayla (@Kayla)1564355433.0

Not to be outdone, those who call the treats simply “donut holes” also had to have their say. One user even noted that “i didn’t know people call these anything other than donut holes”.

From the simple to the witty, people from all over the world weighed in on the debate. One user said he referred to them as "heart attack treats," while another called them "moose turds."

Whether you call them Timbits, Munchkins, donut holes, diabetes dots or even moose turds, there is one thing we can all agree on- those doughy balls of goodness are delicious, and must be protected at all costs.