It's getting hot in here, so DO go chasing waterfalls! 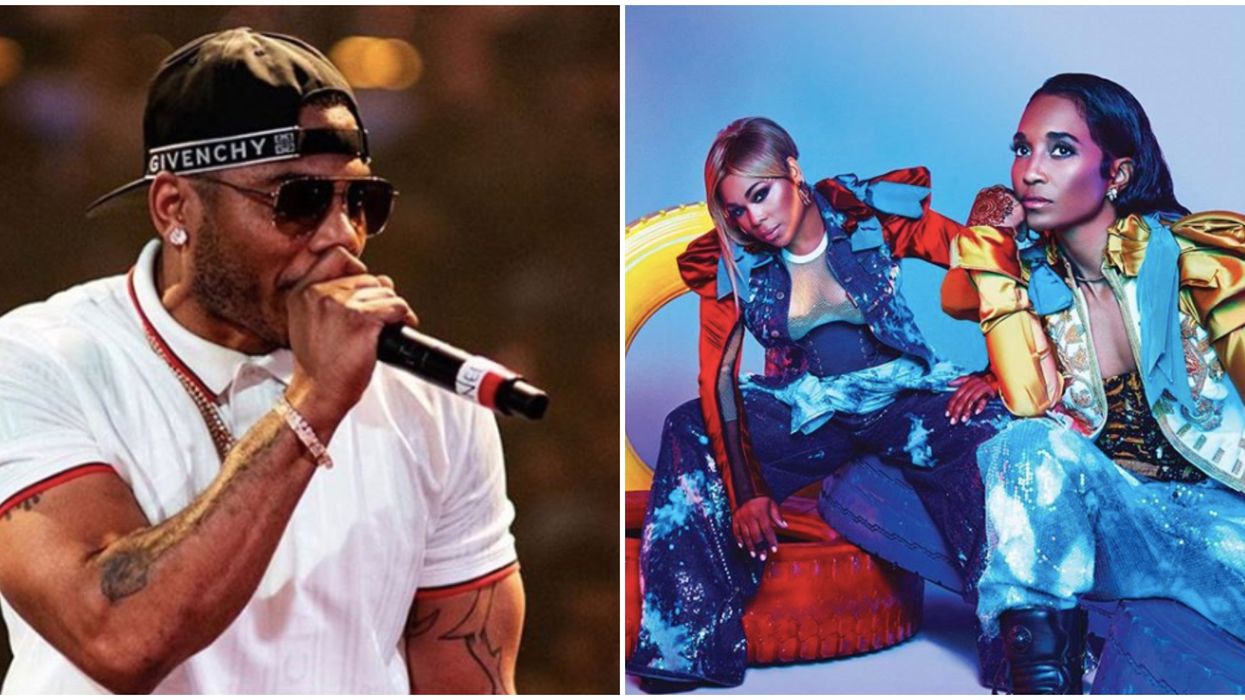 The '90s called and it turns out old-school music is making a comeback to Ontario this summer. Start.ca Rocks the Park 2020 in London, Ont. will be bringing the heat on July 15-18. And, if you've been waiting to see TLC and Nelly in Ontario, have we got some great news for you.

Both massive acts will be among those hitting the stage in the summer heat and it truly sounds like a throwback party for the ages.

In fact, they both play on the very same night. For that doubleheader on Friday, July 17, tickets go on sale this Thursday, February 27, per eventbrite.com.

So, if you plan to catch TLC and Nelly live in action and re-live your 90s/00s jam sessions, make sure you get in early. Don't let it Creep up on you!

According to the official Rock the Park website, while TLC and Nelly have the R n' B side of things covered, there is so, so much more on offer.

Artists like Jack Johnson, Vance Joy, Blink 182, and Simple Plan have also been announced, so you can get your share of past and present rock, too.

There's still one more artist to be announced and if it's anything like this lineup, you can expect it to be great.

This is an all-ages event but, naturally, you need to be 19 or over to get a drinking wristband.

This year, for the 17th edition, they're operating a No Scrubs policy. In fact, they've pulled out all the stops.

Before that, Blink and Simple Plan play on the Thursday, while Jack Johnson and Vance Joy kick things off in folk-rock style on Wednesday, July 15.

On the final day, Sunday, July 18, meanwhile, things turn country for the day with artists such as Dallas Smith.

To make it even hotter, Nelly will hit the stage with his classics like "Hot in Herre," "Ride wit Me," and "Air Force Ones."

Maybe he'll bring Kelly Rowland out for their hit duet "Dilemma," Excel spreadsheet-style messaging and all? A girl can only dream.

"Excited 2 get back 2 Canada! It’s gonna be a great day at @rocktheparkldn with @nelly and @theofficial112! Thanks @virginradiolondonca 🙌🏾," reads TLC's Instagram caption.

Tickets for the July 15, 16, and 18 events are currently on sale, so if rock or country is more your speed, you can get on that right away.

For more information, take a look at the festival's FAQs page.

Why You Need To Go: All your fave artists from throughout the years will hit the stage and take you on a nostalgia trip.