Tom Brady Hilariously Trolled His Friend For Getting Arrested In California

Who knew Tom Brady was a comedian? 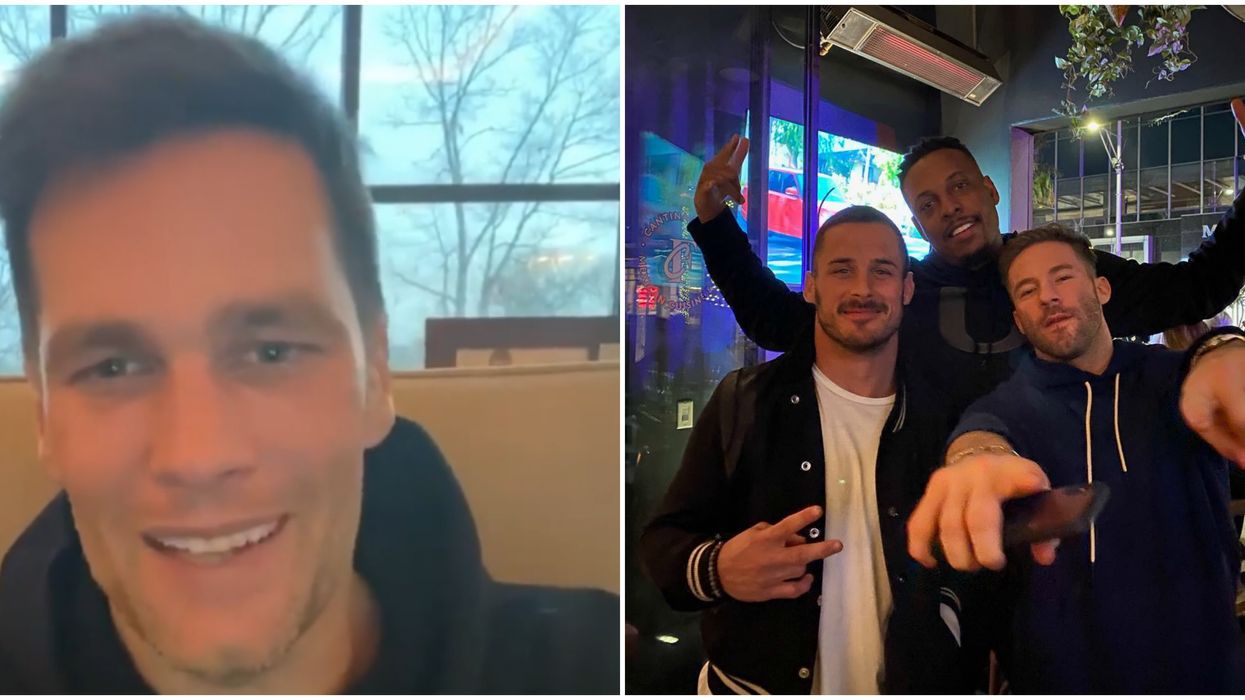 While Tom Brady is known for being one of the greatest quarterbacks of all-time, it turns out he's also super hilarious. On his Instagram story yesterday, the 6-time Super Bowl champion posted a picture and tagged his long-time buddy and teammate Julian Edelman. The picture shows a bottle of Tom's TB12 Electrolytes drink with the caption: "@edelman it sounds like you need some of this." Wait till you hear the details behind this Tom Brady Julian Edelman story.

So why on earth was Tom urging Edelman to drink an electrolyte beverage?

It probably has to do with Julian's epic night on Saturday in Beverly Hills, California.

The Patriots wide receiver had a pretty crazy night that included drinks with his bros and, apparently, jumping on cars.

Reports say that he was out drinking with ex-Celtics star Paul Pierce and former Patriots teammate Danny Amendola before things really got rowdy.

As they were pounding drinks while watching the Texans vs. Ravens game at local bar Cantina Frida, the guys decided to cause some mayhem.

At around 9 p.m. that evening, Julian Edelman was cited for vandalism after jumping on the hood of a Mercedes-Benz, which caused some damage.

Here's an IG post made by Paul Pierce just moments before the incident:

In the comments section, one user asked, "Was this picture before Edelman was arrested?"

Paul responded with, "like minutes before street cred through the roof now 😂"

Sounds like these New England sports stars had a night to remember (though who knows if Edelman actually remembers anything).

After learning about the details of the night, you probably now understand why this post is so hilarious:

Who knew Tom Brady was this funny?

While it may sound like he's taking shots at his long-time teammate, it's all fun and games for the quarterback.

This wide receiver quarterback duo will go down as one of the greatest of all time, and the two are actually good friends off the field.

Edelman hasn't commented publicly about his actions, but it doesn't seem like a huge deal to Tom.