A look at the most talked about cast members from Netflix's newest dating show. 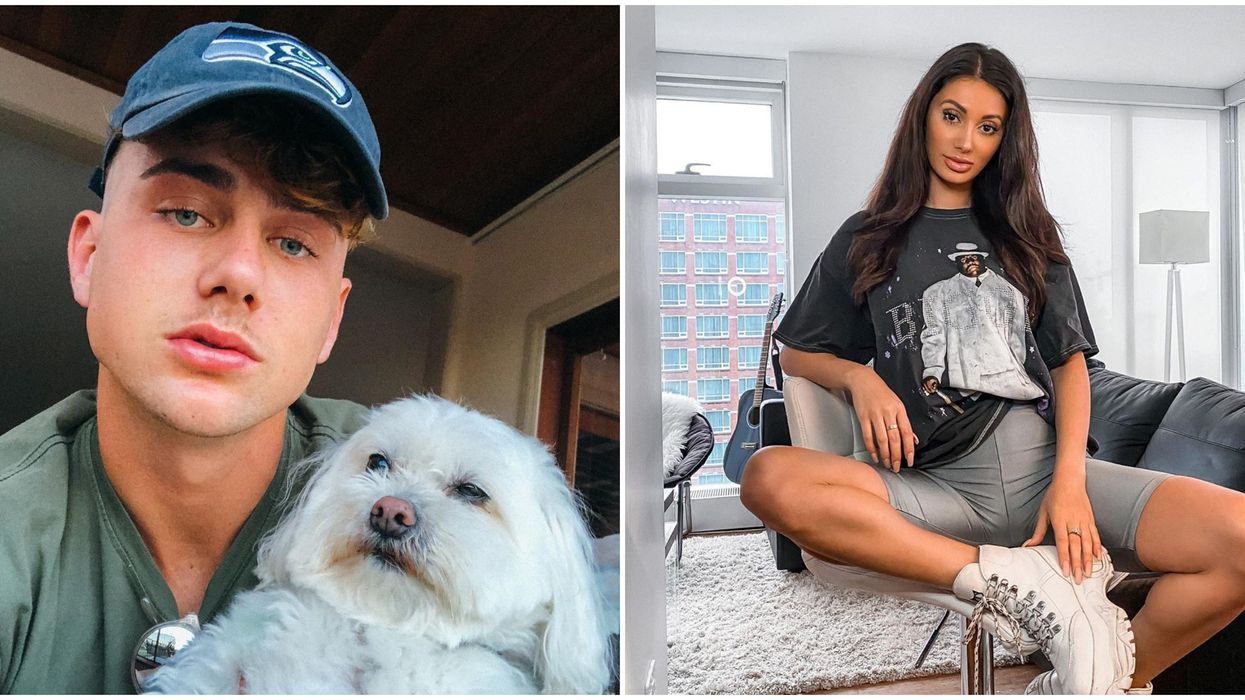 We want more! Last weekend, Netflix's newest dating show premiered and it went off with a bang — literally. The reality series with a surprise twist is currently the top trending show on the streaming site. The Too Hot To Handle cast has been thrust into reality television stardom and they're all anyone can talk about.

Not only is the show brand new and full of sexy singles, but it has a new edge that will keep viewers hooked from start to finish. The show filled their cast with serial swipers from all over the world, hoping that their "no sex" rules would force the contestants to go beyond physical intimacy in order to foster deep and meaningful connections.

If you've already binge-watched the show, you'll know that the cast includes some favourites from England, Australia and even Canada.

If you're dying to find out more about the personal lives of Netflix's most popular reality stars, look no further.

The plant-based model is based in Vancouver, Canada. She spends her time in B.C. skiing, playing with her puppy and posing all over the city, regardless of the cold weather.

With constant IG lives and stories, you'll find out everything you need to know about the 23-year-old Australian from his Instagram page. Oh, and he definitely shows off his playful side in his photos.

While there's no sign of a girlfriend on his feed, it does look like he's made the move to Los Angeles since filming the show.

While Rhonda Paul has a ton of bikini pics on social media, she also shares some adorable photos of her family life. Just look at how adorable her son is outside of Toys R Us!

This 21-year-old Brit loves to party. Her feed is filled with over the top pics that might give you some serious FOMO. It looks like Chloe is still enjoying life in the United Kingdom.

Sharron's social media is filled with "Too Hot To Handle" photos from his modelling career. He posts tons of professional underwear photos and apparently hangs out with rappers like Fetty Wap in his free time.

You guessed it, David is a fitness and nutritional coach. If those biceps didn't give you a clue, his social media pages definitely will. His feed is full of fat loss guides, ambassador posts and other fitness-related posts.

Kelz likes hanging out with fellow English reality stars including Amber Gill from Love Island. Not to mention, the 27-year-old loves sharing pics with the boys on a night out, sitting inside of expensive cars and tons of shirtless poolside pictures.

It looks like Matthew is an actor and entrepreneur from looking at his social media. He even has an entire highlight dedicated to his IMDb credits. Besides that, it looks like he loves a good outdoor adventure. Just take a look at him backflipping into a lake in Marina del Rey.

Nicole is still loving life across the pond. The 23-year-old "public figure" loves to travel and has shared photos from her trips around the world. The most recent ones were taken in Paris at the Louvre and Eiffel Tower.