The best shows and movies coming to Netflix Canada for December. 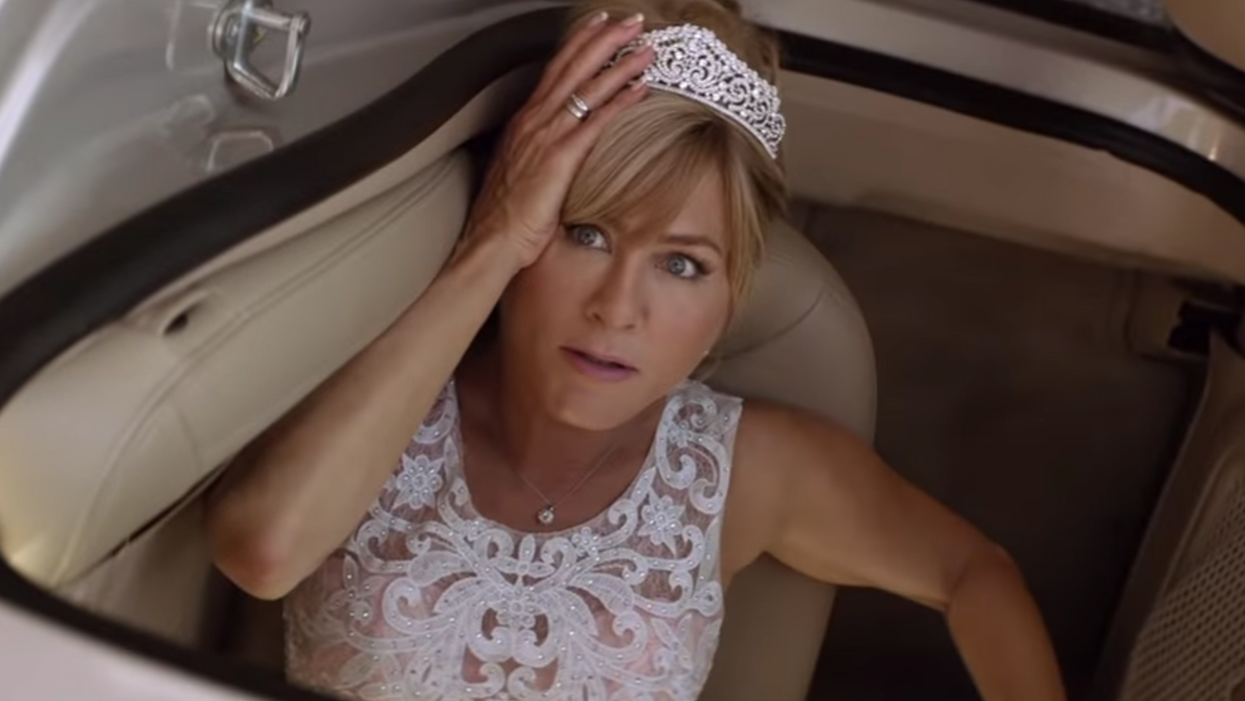 Now that it's wintertime and officially cuffing season, there's probably no better time when you want to curl into your bed with some snacks and hot chocolate and just binge watch Netflix. Especially when it gets brutally cold outside, you don't need an excuse to stay in and watch movies all night long.

You'll be happy to hear that Netflix Canada is adding a ton of new, binge-worthy content to the platform for December 2018. There's a variety of movies and show coming, some new Netflix originals, as well as a good dose of Christmas content to satisfy your inner Christmas fanatic. Check out what to spend your time watching on Netflix next month!

Dumplin' marks the first time ever Jennifer Aniston has starred in a Netflix Original movie and you do not want to miss it. Some people even say you can see bits of Rachel from Friends when she acts in this movie.

The movie will be drop on Netflix on December 7th. Dumplin' is based on a 2015 young adult novel with the same title and focuses on a plus-sized girl named Willowdean Dickson and her celebrity pageant mother. Willowdean decides to enter a pageant herself to break down beauty barriers and stereotypes.

If you're a fan of horror films, you're going to want to watch this new movie coming to Netflix Canada. If you were creeped out by A Quiet Place, you're going to be even more scarred from Bird Box because honestly, it looks like the better version of it.

READ ALSO: Netflix Canada Is Dropping A New Horror Movie And It Looks A Million Times Creepier Than "A Quiet Place"

Their latest horror movie will be released on December 21st on Netflix Canada. The movie stars Sarah Paulson and Sandra Bullock and focuses on a family trying to survive a post-apocalyptic world while blindfolded.

The Chilling Adventures of Sabrina is one of the most popular new shows on the streaming platform. CAOS made it's debut on Netflix just last month. Throughout the first season, there's a battle for Sabrina's soul between light and dark forces and she must make a choice about which side she will join. The new holiday special may reveal more about what happens after she made her decision in the season finale.

The special holiday episode will be called A Midwinter’s Tale and it will be released on Netflix Canada on December 14th. It will show how the Spellman crew celebrates the winter solstice.

This action blockbuster is coming to Netflix Canada next month for the first time since it was released in the spring of April 2018. Avengers: Infinity War was a huge hit at the box office this summer, making a whopping $2.047 billion and holding an 84% rating on Rotten Tomatoes.

Avengers: Infinity War is about the superheroes of the Avengers, such as Iron Man, Captain America, Thor, the Hulk and more, reuniting to fight the most threatening enemy they've ever encountered – Thanos.

This famous American comedy is making its way onto Netflix Canada in December. American Pie is a 90's movie starring Jason Biggs, Chris Klein, Natasha Lyonne, and Thomas Ian Nicholas. The movie focuses on a group of guy friends who make a pact to lose their virginity before they graduate high school. As expected, lots of raunchiness and chaos ensues.

The movie was a huge box office hit and made over 200 million dollars in the box office. It also resulted in several direct sequels, namely American Pie 2 (2001), American Wedding (2003), and American Reunion (2012).

If you love the holidays and you love food, you're going to love this show. Nailed It! is a Netflix Original series and comedic reality contest about terrible home bakers trying to recreate food masterpieces with a $10,000 prize at stake.

For Christmas, they are releasing an entire Holiday themed season. There will be a seven-episode special and it'll be out on Netflix Canada on December 7th. Comedian Nicole Byer and pastry chef Jacques Torres will be returning as the hosts and judges.

After a long wait, this new Netflix Original series is finally dropping on Netflix Canada. You looks like a mix of Gossip Girl and Pretty Little Liars and fans cannot wait.

READ ALSO: This New Show Coming To Netflix Looks Like A Mix Of 'Gossip Girl' And 'Pretty Little Liars'

The Netflix show stars Penn Badgley from Gossip Girl and Shay Mitchell from PLL. Badgley plays an obsessive boyfriend trying to win over a girl named Beck and he goes to extreme stalking measures. There's even a murder in the trailer! Can you say creepy?

The Hook Up Plan (Heart Plan)

If you love watching foreign shows or want to practice the French you learned in elementary school (lol, that's probably stretching it), you're going to want to check out this new Netflix Original Series from Netflix France.

The show has been called the French version of Love Actually and Bridget Jone's Diary. It focuses on a girl who's eternally single and her journey to figure out why her love life has not been the best. Her group of friends also try to help her and this results in them hiring a male escort to rebuild her confidence.