The totem pole is being called wildly insensitive. 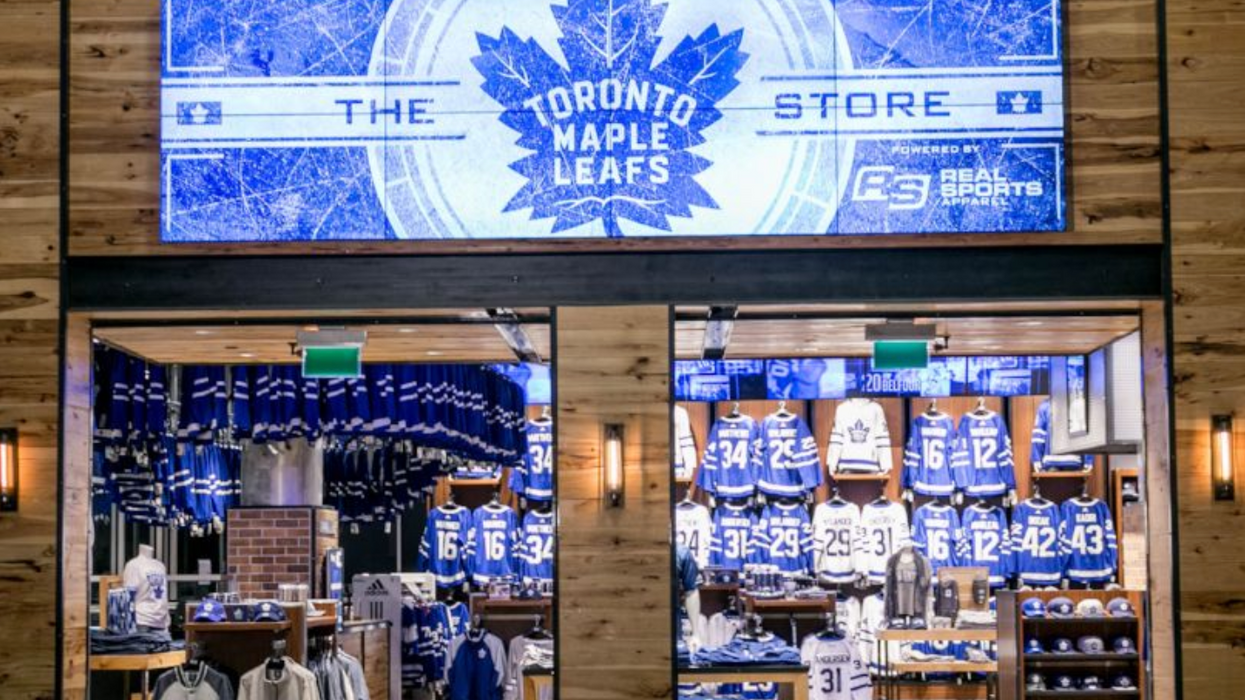 While the Toronto Maple Leafs have been playing an incredible season of hockey so far, it seems the team has found itself in a new kind of controversy. This time, it doesn't have anything to do with players, coaches or general managers, but instead concerns a piece of team merchandise that has caused an uproar on Twitter.

It all started when a Twitter user named Rebecca Thomas took to the social media platform to ask Nova Scotian drug store, Lawtons Drugs why they were carrying pieces of Leafs merchandise that she felt were "awful appropriative pieces of trash that undermine west coast Indigenous culture."

I wanna know why @lawtonsdrugs would sell such an awful appropriative pieces of trash that undermines west coast Indigenous culture. Don’t at me with snarky hockey comments. pic.twitter.com/QojdDTCCUg

Other Canadians were quick to back up Thomas' outrage over the merchandise that included a recreation of a totem pole that had symbols related to the Leafs on it such as Carlton the bear, a hockey puck and the team's logo:

Ugh, @lawtonsdrugs and @sobeys this is so gross.

These are in really bad taste. Akin to selling a crucifix with Jesus wearing a hockey jersey.

This is so not right.

The pharmacy store was quick to apologize about the issue on Twitter as well as commit to taking the controversial pieces off the shelves:

Rebecca, thank you so much for bringing this to our attention. We want to sincerely apologize for this! We're pulling this product from our stores immediately, our team is on it.

Well done to advocacy by Rebecca and to responsible product management by Lawton's! But the best outcome is recognizing and valuing Indigenous cultural symbols by all! Love this!👏👏👏👏👏

While you would think that would be the end of it, not everybody was as receptive to Thomas' concern and felt that it was unfair and overreactive:

I don't mind it. We live in houses, cars, etc, and live their way of life. This just helps our culture and let know our non native brothers and sister we're still here. If that make sense lol

As someone that is Native and a fan of the NHL, I think they are awesome. Today's society gets offended by virtually anything AND everything. It's pathetic.

Get a life. There are so many more important issues in our world to be concerned with. Focus your energy on something that acually matters.

Thats YOUR opinion. In MY opinion, they're not awful appropriative pieces of trash. I think they're great. If anything, it includes Indigenous culture in the NHL, it doesn't mock or undermine it. Just because you're offended, doesn't mean you're right. Don't like it, don't buy it

It also turns out that the totem poles are created by a company named Evergreen Enterprises, as pointed out by CBC. They also make totem poles for other teams such as the Montréal Canadians, Chicago Blackhawks and Vancouver Canucks.

What a search for sport's team totem poles also shows is that Evergreen Enterprises isn't the only company creating them, and they also exist for other sports such as football and baseball. Meaning the issue goes well beyond the just the Leafs or hockey.

It's clear that Canadians are extremely divided on whether the totem pole is a sign of appreciating Native culture or appropriating it. Though considering Lawton Drugs has already committed to taking the totem pole off the shelves, while the decision is still up for debate, grabbing a totem pole for yourself is not.