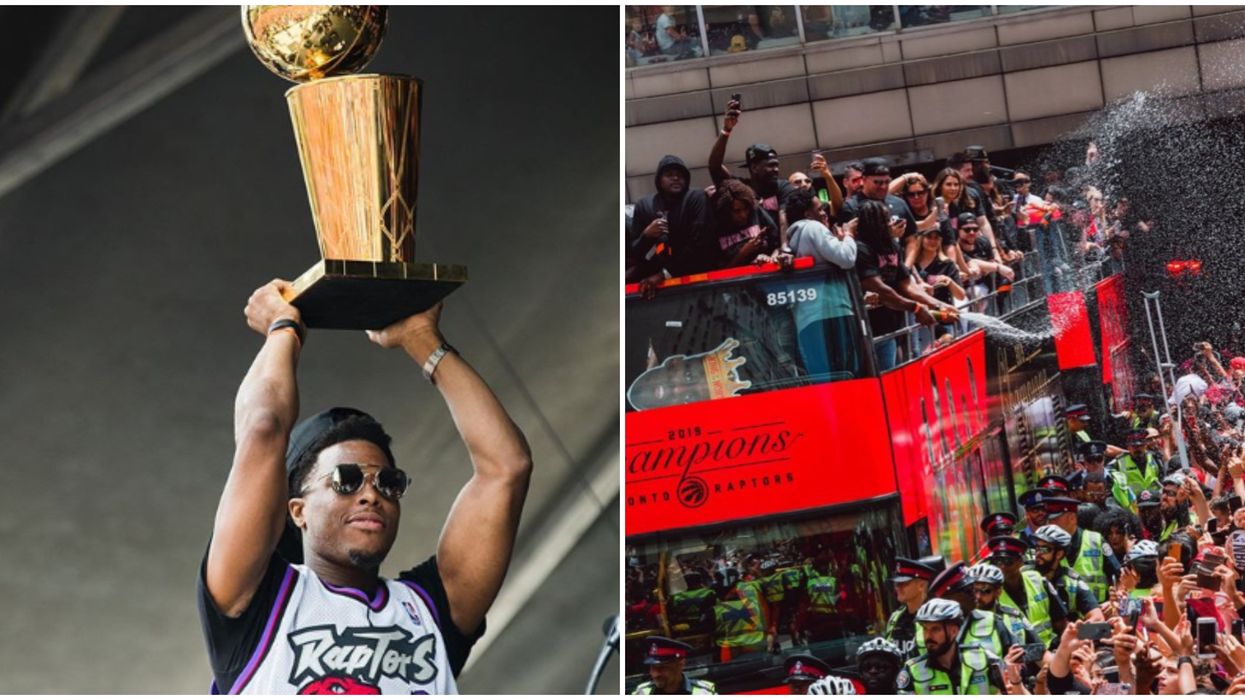 It's been a historic year for the Raptors and that history-making streak the team is on is continuing with a special award. The Toronto Raptors are the Canadian Press team of the year for the first time ever. This award is the perfect way to cap off an amazing year full of big wins, national excitement and a league championship.

With 2019 coming to a close, the Raptors and fans of the team will be sad to see it go because of how incredible it was.

Now the Raptors can add winning their first-ever Canadian Press team of the year award to that list.

"The entire country rallied around the Raptors. Million-plus celebration in downtown Toronto. And really, a remarkable feat," said Phil King, The Globe and Mail's sports design editor, to The Canadian Press.

The Raptors beat out Canada's Davis Cup tennis team which was the runner-up at the tournament and gold medal winners at world beach volleyball championships Melissa Humana-Paredes and Sarah Pavan for the award.

With their 2019 championship win, the Raptors became the first Canadian team to win a title in any of the four major sports leagues in North American since the Toronto Blue Jays won the World Series in 1993.

Through their historic run in the post-season, the Raptors cemented their place in Canadian sports history.

"Not only did they win the battles on the court, they also won the hearts and minds of Canadians coast to coast, becoming the first team outside the U.S. to win the NBA title," said George Browne, The Globe and Mail's lead of special projects.

First they won the championship, then the Canadian Press award. On top of it, it was almost a unanimous win with 61 out of the 67 press people polled across the country voting for them.

After finding out about the award win and the fact that almost all the votes went in favour of the Raptors, people took to Twitter to say that it should've been a unanimous Raptors win.

Even if you're not a basketball fan, you'll probably remember where you were when Kawhi Leonard's shot bounced on the rim before finally dropping in the basket to send the Raptors to the Eastern Conference Finals and when the team won the championship.

Nick Nurse said that this award really shows how Canada was "captivated by the Raptors."

Since this is the first time the team has ever won the award, he said it's "another first for the Raptors — and I think a really cool time for basketball in Canada."

It truly was a great year for the Raptors, Toronto and even all of Canada.