Plenty of celebs were in the building. 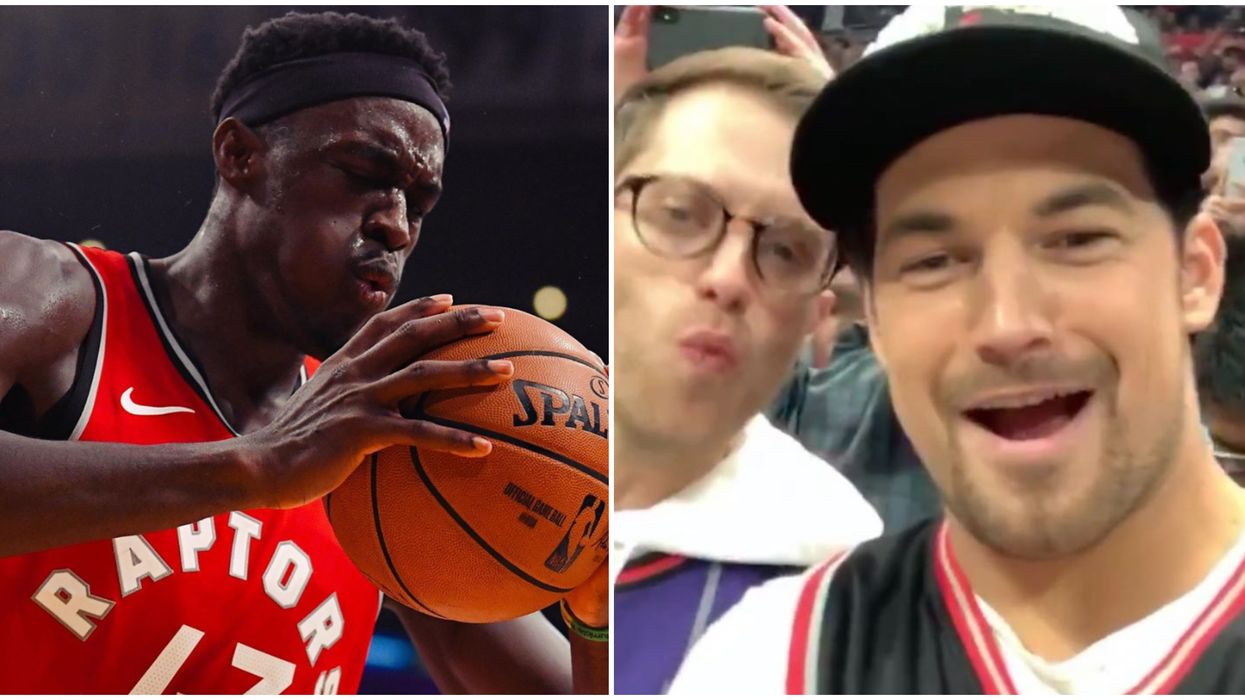 Even though it's been months since the Raptors won their first NBA Championship, the hype has yet to fully die down. Basketball season started up again just a few weeks ago, and already, fans are gearing up to cheer on Toronto's finest in hopes of bringing home another championship. Toronto Raptors celebrity fan Giacomo Gianniotti had so much fun at last night's game.

Yesterday, November 11, the Toronto Raptors took on the LA Clippers, which also happens to be the new team of former Raptors MVP, Kawhi Leonard. Things were very back and forth throughout the game, with the Raptors scoring the most points in the first and third quarters, but the Clippers ended up winning with a final score of 98-88.

Even though the game went down pretty far from home, at the Staples Centre in Los Angeles, plenty of Canadian fans made sure to show their support for the boys, including Grey's Anatomy star, Giacomo Gianniotti.

The actor was decked out in Raptors gear from the head down and was happily cheering on the championship team with a group of his close friends. He even gave a special shoutout to Raptors player Serge Ibaka, who's known for his amazing style.

Also in the audience last night were Canadian pop-star Shawn Mendes, and his girlfriend, Camilla Cabello. The pair were sitting courtside, although it seemed that they were paying more attention to one another than the intense action on the court.

The couple could be seen making out frequently throughout the game, and viewers were pretty uncomfortable by the major PDA, to say the least.

The Raptor's next game in the Eastern Conference is this Wednesday, November 13 against the PortlandTrail Blazers at Portland's Moda Centre.

The next time the Raptors will be playing at home is on Monday, November 18, against the Charlotte Hornets. You can purchase tickets to the game here.