@champagnepapi is back for another season. 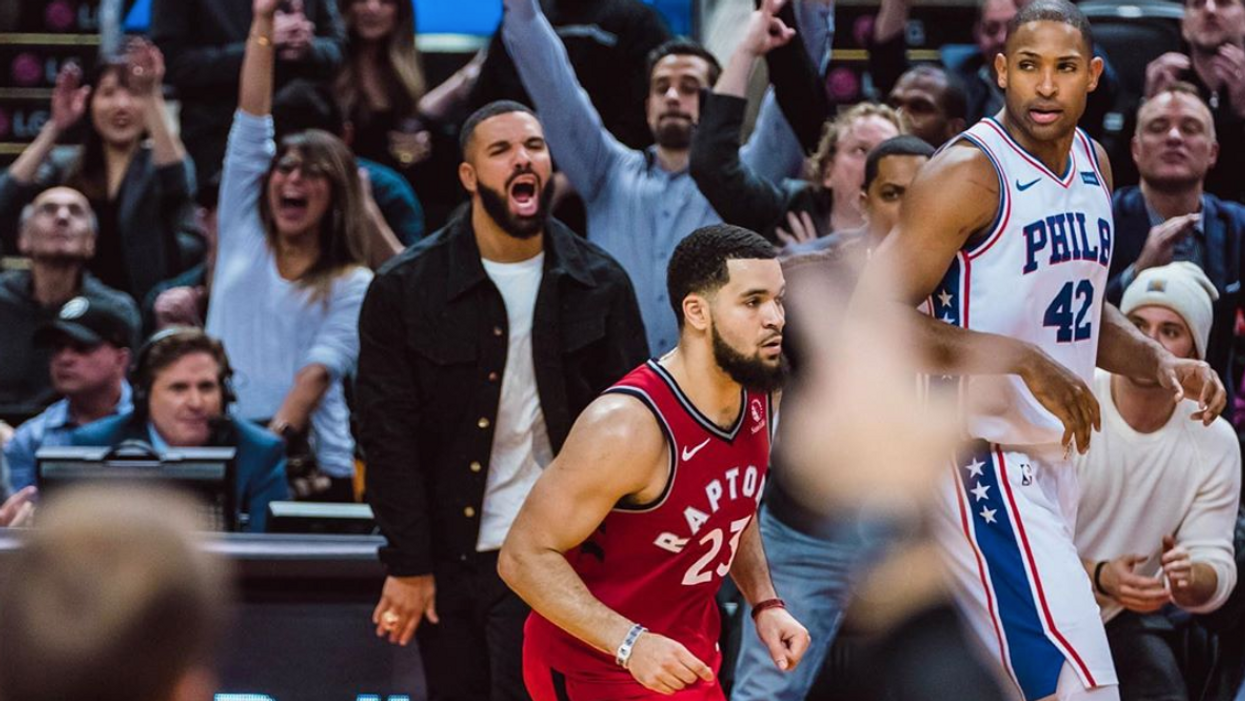 It may be many months before NBA players start competing for the coveted Larry O'Brien again, but that doesn't mean that fans are any less eager to hype up the boys on the court. During the playoffs last year, Canada's only NBA team gained a lot of support from all across the country, and this season, the Toronto Raptors celebrity fans are still cheering loud and proud.

On Monday night, the Raptors played a home game at Toronto's Scotiabank Arena against the Philadelphia 76ers. The score was tight, but the Raptors ended up pushing through to beat the 76ers with a score of 101 - 96.

Although there's almost always at least one Canadian celebrity in attendance no matter where the Raptors are playing, home games have a tendency to bring in a few extra familiar faces.

Last night, Max Kerman of The Arkells was sitting courtside, cheering on the team. The Canadian singer even got a video of Norman Powell taking a fall into the crowd, practically on top of Kerman, and his teammate, Marc Gasol, helping him up.

The Arkells lead singer posted the video to his story and his Instagram page, captioning it, "Now that’s f*cking teamwork.@raptors".

Also at last night's game in the 6ix was none other than the Raptors #1 hypeman, Drake. The Canadian rapper brought along his pal and "Going Bad" co-creator, Meek Mill, and although they were cheering for different teams, they still looked like they were having a great time together.

All throughout last season's playoffs, Drake was known for his crazy courtside antics, and it looks like this season will be no different.

Although he wasn't quite giving Nick Nurse a shoulder rub, Drizzy was definitely jumping around courtside, eagerly watching the Raptors tear up the court to bring home another win.

It's too early in the season to make any definite calls yet, but with Drake on their side, the Raptors might just be able to bring home another NBA Championship title.


Zak Hussein found out just how much Canadians want to travel after 500,000 people pre-registered for his vaccine passport app "PortPass" in just TK days after it was announced.

Hussein is a tech developer in Calgary and the CEO of PortPass, a mobile "digital health app" that lets its users show vaccination and test information when travelling around the world.