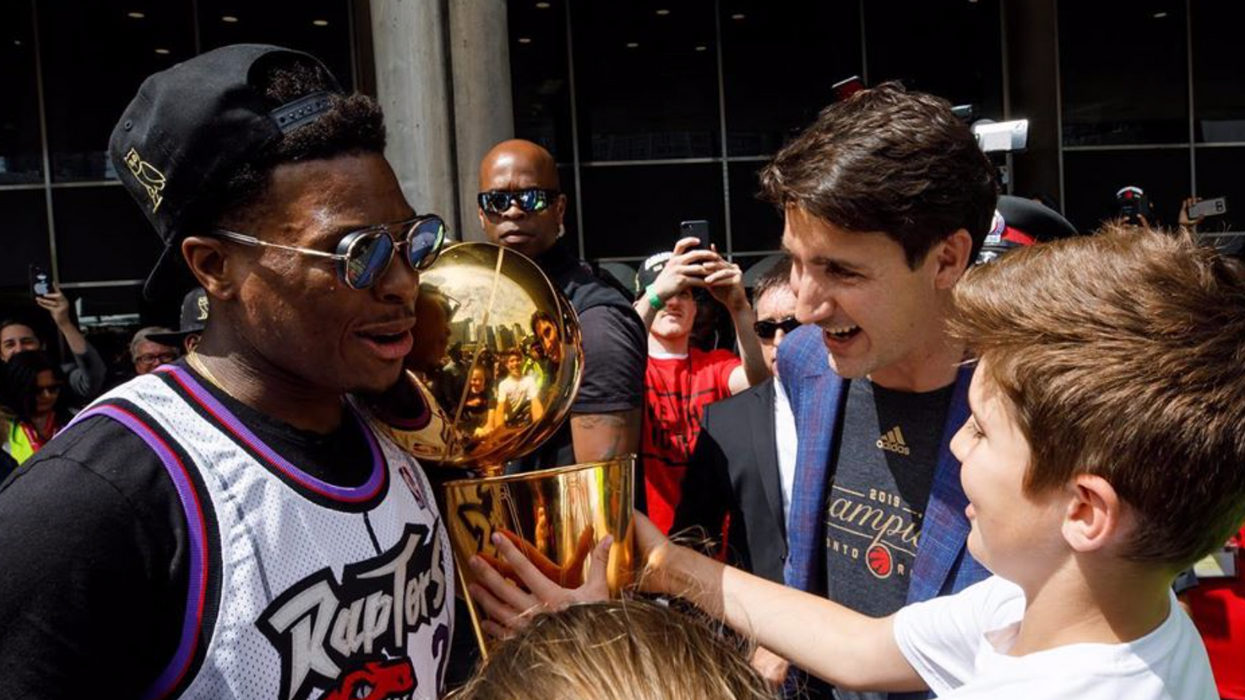 Head coach Nick Nurse has confirmed that an official meeting is in the works with the Raptors and Prime Minister Justin Trudeau. Speaking on Wednesday to Toronto radio station Sportsnet 590 The Fan, Nurse said, “Definitely the Trudeau meeting, because they have been asking me about scheduling it.”

While the Raptors team has been invited to celebrate with Canada’s Prime Minister in Ottawa, Nurse said they haven't received an invitation to the White House yet.

It is standard practice for the NBA championship winning team to visit the President in the White House for a congratulatory meeting, however now that Canada is the new home of the title, fans have been asking whether the Toronto team will go to the U.S. at all.

Nurse didn’t say whether or not he would accept a meeting with U.S. President Donald Trump in The White House but did confirm that there were no plans to go there yet. He said “I have heard nothing about the White House. We are Canada’s team anyway, right?”

President Trump was asked on Thursday whether he will be inviting the Raptors to The White House as he had done previously for U.S. teams. According to Global News, his response was simply, “We’ll see.”

Nurse also spoke about the incredible and 'moving' response the Raptors team received from fans during the celebratory parade held in Toronto on Monday. He said "What struck me the most was, 'Gee, everybody from the age of six to 18 is here,"' he said. "And such diversity. It was really something to see a sea of young people who were so excited and showing such nationalistic pride."

Trudeau, who was sending messages of support to the Raptors on social media throughout their winning season, addressed the massive crowds at the victory parade saying that the Raptors were able to bring all of Canada together. The Prime Minister also tweeted "And that's how we do it in the North” just moments after the Raptors' NBA final win.

Despite the awkwardly quiet response from The White House, Nick Nurse maintained that the focus would remain on Canada for the time being, saying “We are here. Let’s go see Trudeau up in Ottawa”.