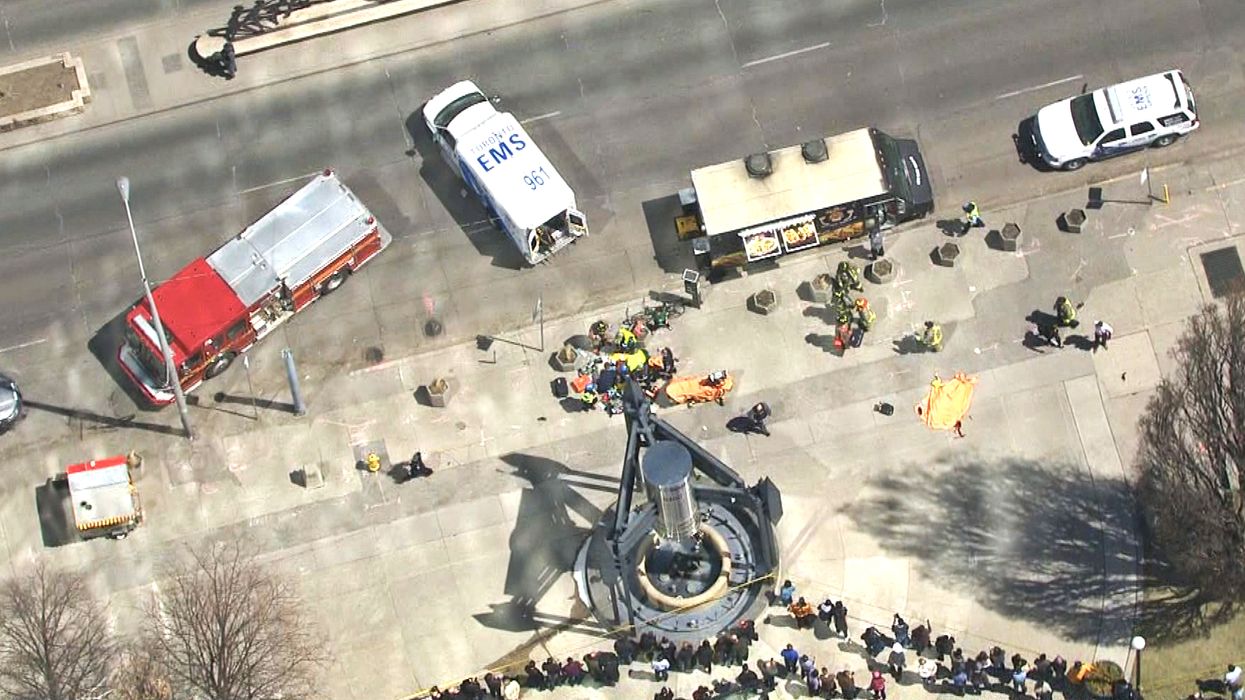 A 25-year-old man plowed a rental van into a crowd of innocent pedestrians on a busy sidewalk in Toronto on Monday, killing 10 and injuring 15. The attack has been called Canada's worst mass killing in recent history, occurring three decades after the deadly 1989 shooting at École Polytechnique in Montreal.

The incident occurred at the Yonge and Finch area around lunchtime (1:30 pm) on the first warm spring day that followed a seemingly endless winter. There were more people out and about that afternoon, with office workers headed out to lunch, mothers pushing strollers and students off to celebrate the end of finals season. Suddenly, out of nowhere, a white Ryder van started driving on the sidewalk at full speed, mercilessly plowing through pedestrians and everything else in its way.

I’ve now walked up Yonge St from north of Sheppard to Finch. I have passed multiple dead bodies covered up, shoes and debris in the road. Witnesses tell me the white van appeared completely out of control. pic.twitter.com/JEWynlTmZq

The killing rampage continued for twenty-five minutes along a 2.2-kilometre stretch. The suspect, Alek Minassian, was arrested by a lone policeman who later arrived at the scene. The two engaged in a frightening standoff, with Minassian repeatedly pulling an object from his hip and pointing it at the policeman. Many people have commended the officer for staying calm despite Minassian's taunts and for using minimal force to apprehend the suspect.

Though Minassian's attack exhibited the hallmarks of other deadly vehicle-related massacres by Islamic State followers, officials say the incident appears to not represent any national security threat. It was, however, determined to be a deliberate act of violence by Minassian, whose motive still remains unclear.

Up to this point, Minassian was not previously known to authorities. He was described by his classmates at Seneca College as an expert-level whiz who "barely spoke," had no strong religious or political affiliations, and was, in general, "absolutely harmless."

But Minassian had been dealing with some rather significant social and mental issues for a while. Speculation of his unhinging surfaced Monday night after he released a post on Facebook regarding one "Supreme Gentleman Elliot Rodger," who was responsible for a deadly rampage in California that killed six and injured 12. He also previously voiced his rage towards a number of women who had refused his advances, saying that they had rendered him an "incel" or "involuntarily celibate."

Still, no one could have predicted Minassian would act out his frustrations in such a cowardly and senseless fashion. Canadians across the country are still shocked by the incident and are sending their love to Torontonians with thousands of heartfelt tweets sent under the hashtag #TorontoStrong. The city continues to mourn for the victims of the tragedy and their families.

"We are a peaceful, tolerant, free society. The horrific violence on Toronto’s Yonge Street will strengthen rather than undermine these truths,” said John Ibbitson in a Globe and Mail column.