FREE Things To Do This December 2015 In Toronto

Festive, fun, and best of all, free. 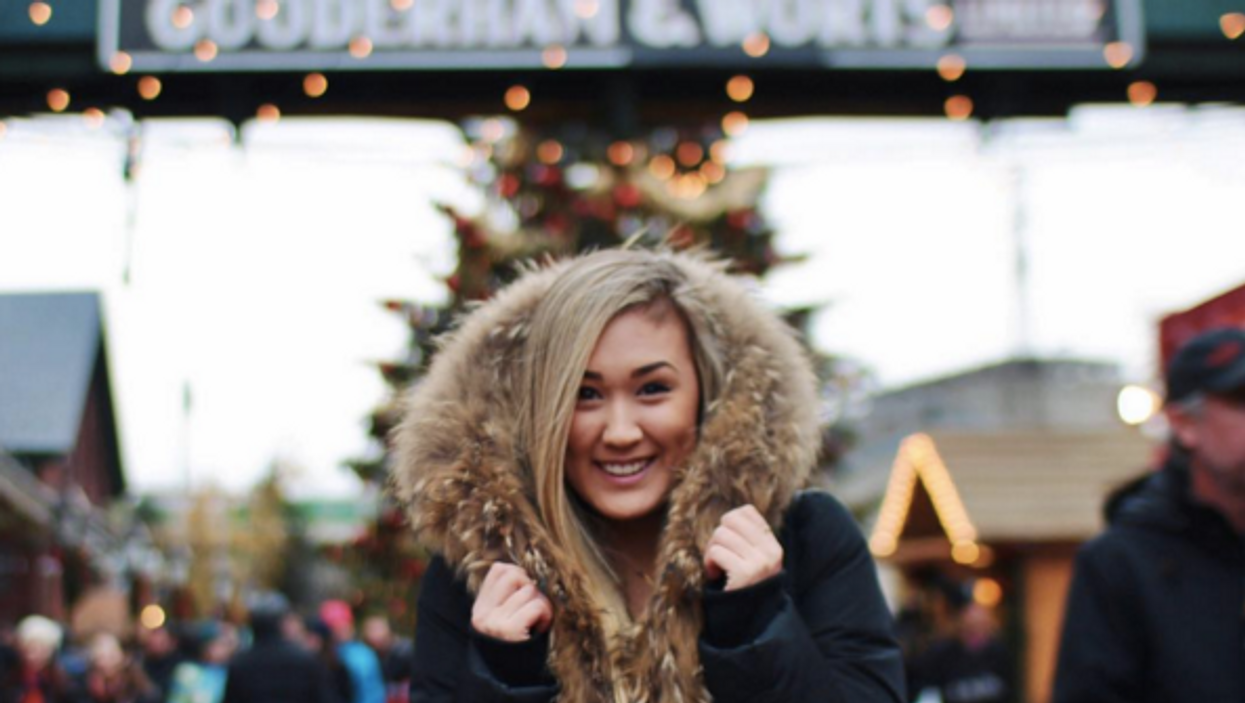 Holy shit, how is it December already? I swear it was Halloween just last week. The weather has barely touched the negatives and there's been like two days of snow, it just doesn't feel like the holidays. But it's no matter, because we're still gonna get #turnt on eggnog and candy canes (sugar high, my friends).

It's almost the end of 2015 and you should make the most of the days we have left of it. Make sure to do everything on this list before the ~New Year~ comes along. 2015 was great, but 2016 will be even better.

1. Dive into the spirit of Christmas at the Toronto Christmas Market

Haven't gone to the Christmas Market at the Distillery District yet? It's not too late. Sip on some delicious apple cider, take some sweet holiday-esque Insta pics, and even ride the Ferris wheel. The Toronto Christmas Market is free Tuesdays to Fridays and $5 a person on weekends and it's open until December 20th.

2. Listen to live opera music in the spirit of the holidays

Ever heard of the Canadian Opera Company's Free Concert Series? Listen to some free classical shows including holiday-themed ones such as A Bluesy Holiday on December 9th or the Ellington Nutcracker on December 17th.

3. Watch a free screening of the Star Wars Holiday Special

Star Wars fans (or non-fans alike), this one's for you. Exploding Zebra is hosting a free screening of the Star Wars Holiday Special from the 70s at Clintons on Bloor. It's supposedly the worst thing to ever happen in the history of the galaxy, but it's probably worth a laugh or two. Be sure to join the event page if you're going.

4. Shop at the Christmas Gladstone Flea

Shopping for gifts for other people is so hard. Make it easier for yourself by shopping at the Christmas Gladstone Flea. Don't worry, it's not really a flea market – it's a curated marketplace. Check it out December 12th at the Gladstone Hotel. Don't forget to join the event page!

If you and your friends are stuck on ideas of what to do in the city, go ice skating. Even if you all suck you can fall on your butts and laugh about it and maybe grab some white hot chocolates at Timmies after. If you go to Nathan Phillips Square, you can take some cute group photos by the colourful Toronto sign.

Feel like doing something a little more cultured? Pay a visit to the TIFF Bell Lightbox and watch an hour's worth of late British filmmaker Jeff Keen's experimental films. Check it out December 17th.

7. Catch some free shows at the Drake Hotel

Feelin' some great live music but don't want to pay cover? Here’s a list of all their free shows happening at the Drake Hotel this month:

Get ready to light the night at the 26th annual Kensington Market Winter Solstice Parade. You can take part in it by purchasing lanterns on-site. Happening December 21st at the corner of Oxford and Augusta. It's gonna be lit. Join the event page here.

9. Walk all around the city and admire the festive lights and decor

Bundle up in your warmest winter gear and get ready to go #urbanexploring in the 6ix. Even if you're not really a fan of walking, it's always fun walking around downtown because there's so much to see. The Financial District and the Waterfront are especially pretty this time of year.

10. Ring in the New Year at Nathan Phillips Square

End off 2015 with a bang (literally). Ring in 2016 with the biggest annual New Year's Eve event of the year at Nathan Phillips Square. As always, there'll be live music, skating, and fireworks for you and all your friends to enjoy. See you in the new year!