10 Reasons Why You Need To Date A Ryerson Guy 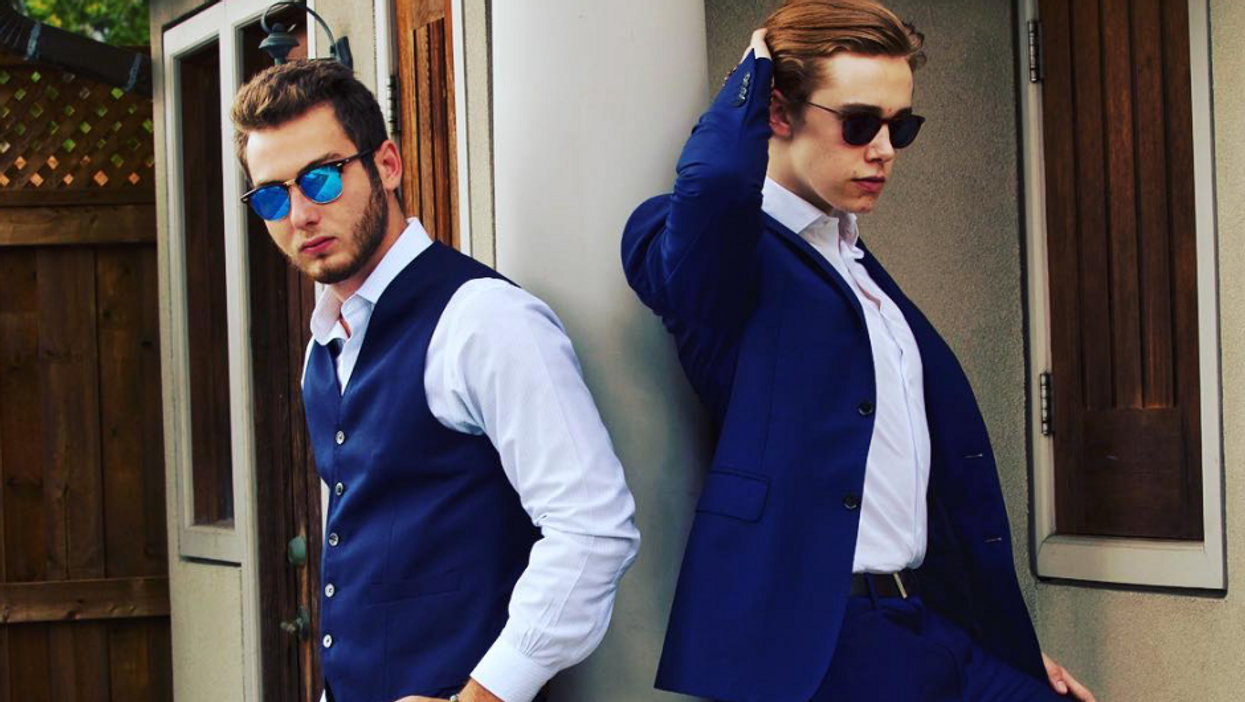 They are smart and cool, yet genuine and down to earth. They are the crème de la crème of Toronto. They are fun-loving boys who run this city; the original 6 men. They are the dreamers and the leaders who make Toronto so great. I'm talking about the guys who go to Ryerson University.

Ryerson guys just do it better. If you're not already dating a Ryerson guy, here are some reasons why you need to find one.

Most Toronto guys know how to show you a good time, but Ryerson guys will show you the best time. They know all the best bars, clubs and events because they've been to most of them. RU guys find it hard to spend a night in when the city is basically calling them out to party. But who can really blame them when their campus is located in the middle of downtown Toronto? Whether it's attending frosh events or playing pool at the Ram in the Rye, one thing's for sure, Ryerson guys will keep you updated on what's good and what isn't.

At Ryerson, there is no room for close-minded individuals. Ryerson University is in the heart of a progressive city, which rubs off on its students. Ryerson guys bring an open mind to all situations and accept people for who they are - it's part of their nature. At Ryerson, everyone really is one, big Ramily. Ryerson has taught its boys well when it comes to being supportive of all races, genders, sexual-orientations and faiths. After all, being supportive and accepting are favourable attributes in any relationship.

3. Ryerson guys will teach you something new.

When you ask a guy from Ryerson what he's studying, you could get a number of different responses. He could be in business, criminology, architectural science or anything at all. Ryerson has so many different and unique programs and is know for its hands-on approach to them. So if you date a Ryerson guy, he's sure to teach you something new and exciting (even if it's just how to complete your course intentions on RAMSS). He will open your eyes to his world, whether that's engineering or arts or something in-between.

4. Ryerson guys are both book smart and street smart.

On the topic of Ryerson's unique programs, the guys who are enrolled in them are both well educated and have the real-world experience to back it up. RU guys are a combination of book smarts and street smarts - and you'll probably find one studying over multiple cups of coffee at Balzac's. A Ryerson guy takes his university education seriously, but he has also learned how to take what has happened to him (good or bad) and learn to improve from it. An intelligent yet skillful man is always appreciated, and you can bet Ryerson guys possess those traits.

Maybe it's just me, but I think Ryerson's student body is one good looking group. Much like the girls, Ryerson guys put an effort into their appearances and care about how they present themselves. Plus, our two gym facilities, the MAC and the RAC, may have something to do with it. Regardless, it seems that going to school right next to the Eaton centre has rubbed off on the boys just as much as the girls - but we're definitely not mad about that.

To afford the city lifestyle they get a taste of while attending Ryerson, these guys know they have to hustle. Ryerson guys know they have to work hard for what they want and they do exactly that. By attending a university with such a hands-on learning style, Ryerson guys are surrounded by endless career opportunities and understand they have to reach out and take them, much like trying to find a seat in the library during exam season aka The Real Hunger Games. Living by oneself in a major city makes people grow up fast and that's why Ryerson guys are much more independent than others.

Ryerson guys are definitely not followers. They are the types of guys who take charge of any situation - they are leaders. They are able to listen to others, make difficult decisions and take responsibility for their actions, making them ideal candidates for not only boyfriends but also members for dreaded group projects. Ryerson guys believe in what they are doing (socially, academically etc) and that passion rubs off on others. They understand that to get where they want to be in life, it takes hard work and sacrifice, which are qualities they bring into their romantic relationships as well.

And if you're lucky enough to get an invite to his apartment, that's a pretty good deal. So what if it's on a sketchy street like Jarvis or Gerrard? You won't need to pay for expensive cab rides home after a night out when your bae lives right in the middle of downtown Toronto. Any RU guy will agree that living in the heart of the city is a lot of fun and there is always something to do or somewhere new to go. However, don't think this means you can start treating your Ryerson guy like a hotel.

You'll never have the "I don't know where we should go"/"Well, it's up to you babe" back and forth conversation with a Ryerson guy. He spends a lot of time downtown so he most likely knows a handful of new restaurants you've never even heard of that will be perfect for date night (followed by a Rams basketball game of course). The city is his playground; he's thoroughly explored it and is ready to share his favourite spots with you. He'll be the one to suggest the place before you even have a chance to be indecisive.

Every single Ryerson guy is original. They are all unique and special in their own way and for more reasons than just those listed above. Ryerson guys are genuine and retain a variety of admirable traits that make for great boyfriends. Think of them like the SLC; obviously nice to look at, however, there are a bunch of different and unique layers to them on the inside. RU guys are one of a kind, but most importantly they feel the same about you. A Ryerson guy cares for the people in his life and is going to show you that same treatment and respect. Point-blank, few guys compare to a Ryerson guy.